Kiev is green. Over half of its landmass is taken up by parks, both big and small, natural and man-made. Outside the city, Kiev is snugly encircled in pine forests, and its biggest natural asset — the Dnieper River — splits the city in two. A wave of new development may be nibbling away at those green spaces, but Kiev is holding strong and trying to preserve its parks and forests. Hit one of them for a stroll, a biking session, a picnic, or just a breath of fresh air. 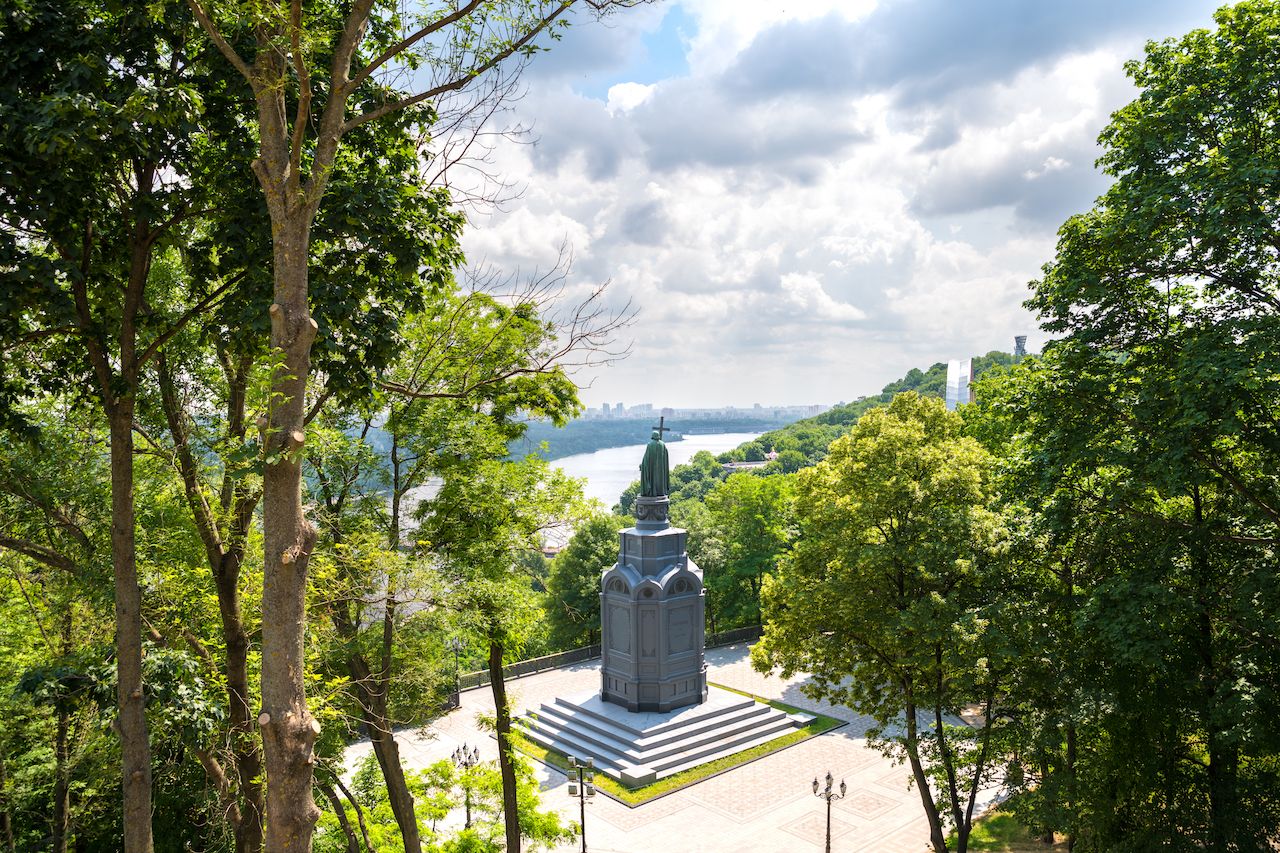 Volodymyrska Hirka — The hirka, or “hill,” is named after medieval prince Volodymyr who baptized Kievan Rus, a league of Finnish and eastern Slavic states that was formed over a thousand years ago. A statue of him holding a cross is gazing down on the Dnieper River from the park’s observation deck.

This petite park used to fall under the radar of tourists, but that is about to change now that it’s home to a majestic new bridge. The bridge connects Volodymyrska Hirka to the People’s Friendship Arch, so you can walk or ride a bike there while watching the sunrise above the river. Plus, the park and the bridge are right next to the Kiev Funicular, so you can combine all three into a sightseeing route. 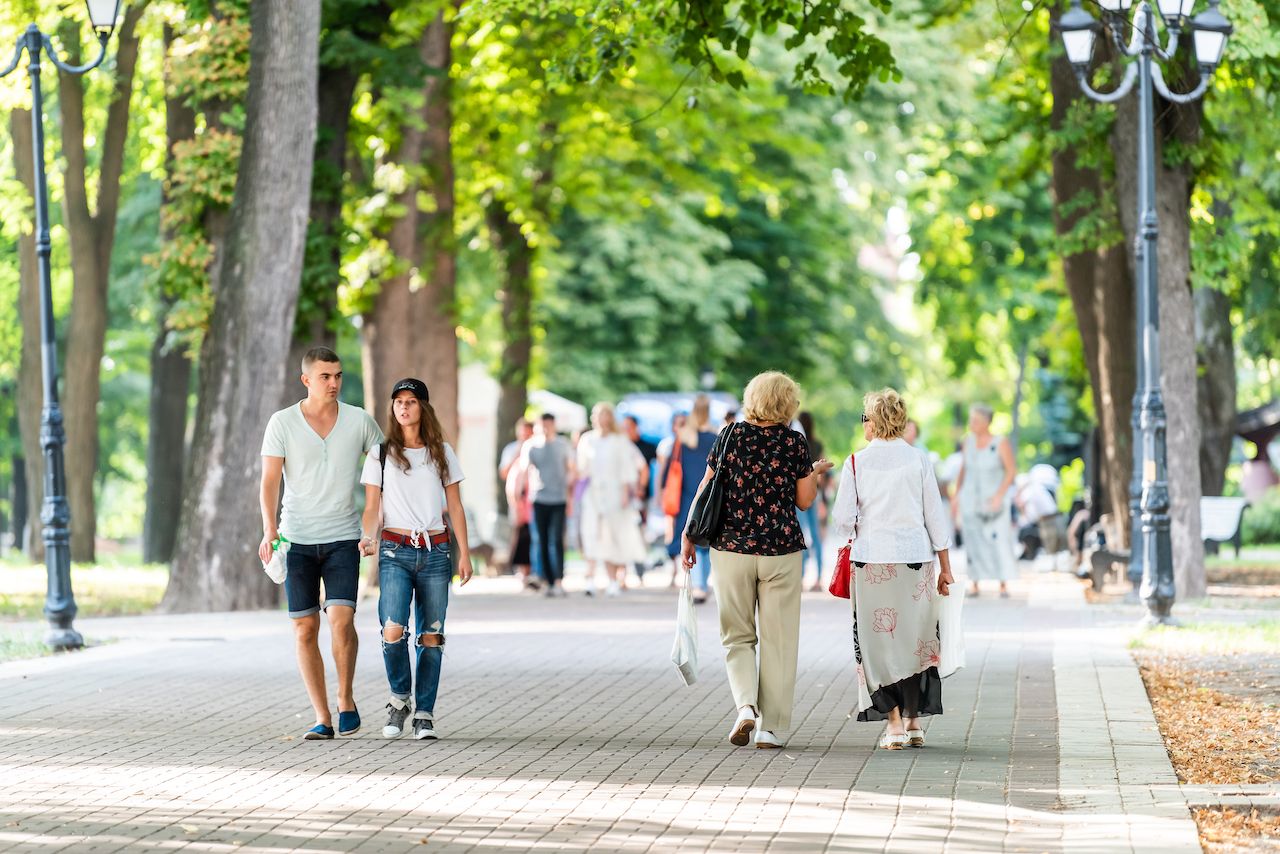 Mariinsky Park — The Zar’s Garden, the Palace Garden, the Proletarian Park. Every era gave this park a name of its own. It has always been close to various centers of power, from the royal Mariinsky Palace to the building of Verkhovna Rada (Ukraine’s Parliament). But even if you have no interest in politics and history, it’s still worth paying a visit. Mariinsky is a clean and elegant park, originally designed as an English-style garden. It comes with a Lovers’ Bridge, an open-air concert stage, and an observation deck with a telescope. 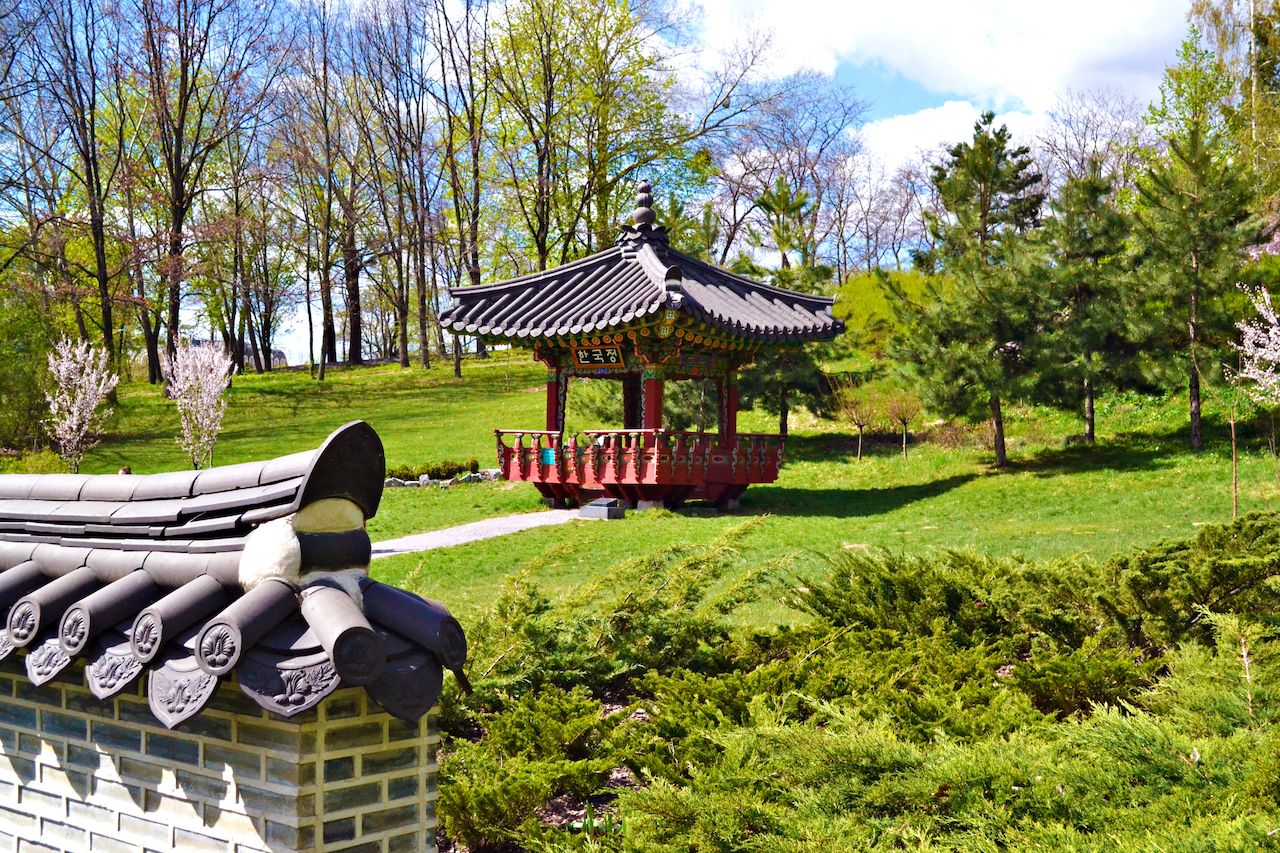 Botanical Gardens — Kiev has two botanical gardens, and you’ll hear locals refer to them as “the old one” and “the new one.” The old one, or A.V. Fomin Botanical Garden, is small, pleasantly quiet, and free to attend. The greenhouse with cacti, orchids, palm trees, and other exotic plants, does cost a few dollars to enter, and is well worth it.

The new one, or M. M. Hryshko National Botanical Garden, sprawls on the hills above the Dnieper, which means more than a few fantastic viewpoints. Come here for blooming magnolias in April, lilacs in May, and fall foliage in October. But keep in mind that the garden gets busy on the weekends, so it’s better to sneak in a visit during the week. You’ll be charged a small fee to enter. 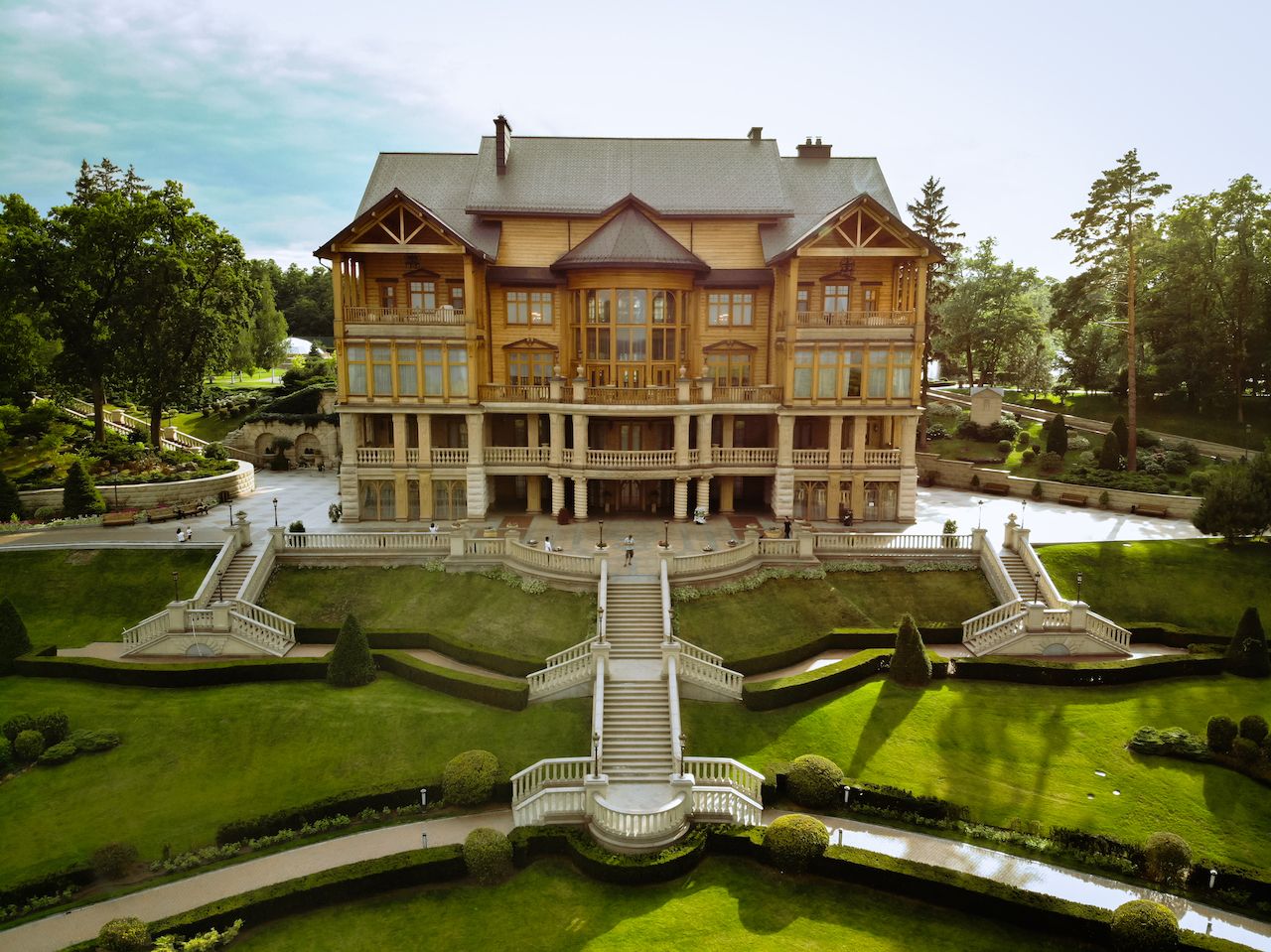 Mezhyhirya — After the violent protests of 2014, Ukraine’s ex-president fled, leaving behind a private zoo, a retro car collection, and a mansion with chandeliers worth $8 million. His estate, Mezhyhirya, is now a public park, also known as the Museum of Corruption, and it’s going to give you mixed feelings.

On the one hand, it’s one of the best-kept parks in Ukraine, perfect for biking and skateboarding. On the other, it’s hard to forget all this goodness was built for one obscenely corrupt person, entirely off embezzled money. So rent a bike and take a look around: From ostriches in the zoo to gilded bathrooms in the main house, Mezhyhirya is packed with oddities you won’t see in your average park. Note that the entrance is paid, and that access to the main house will cost you extra. You’ll need to take a bus or a taxi to get there, since the estate is just outside the city. 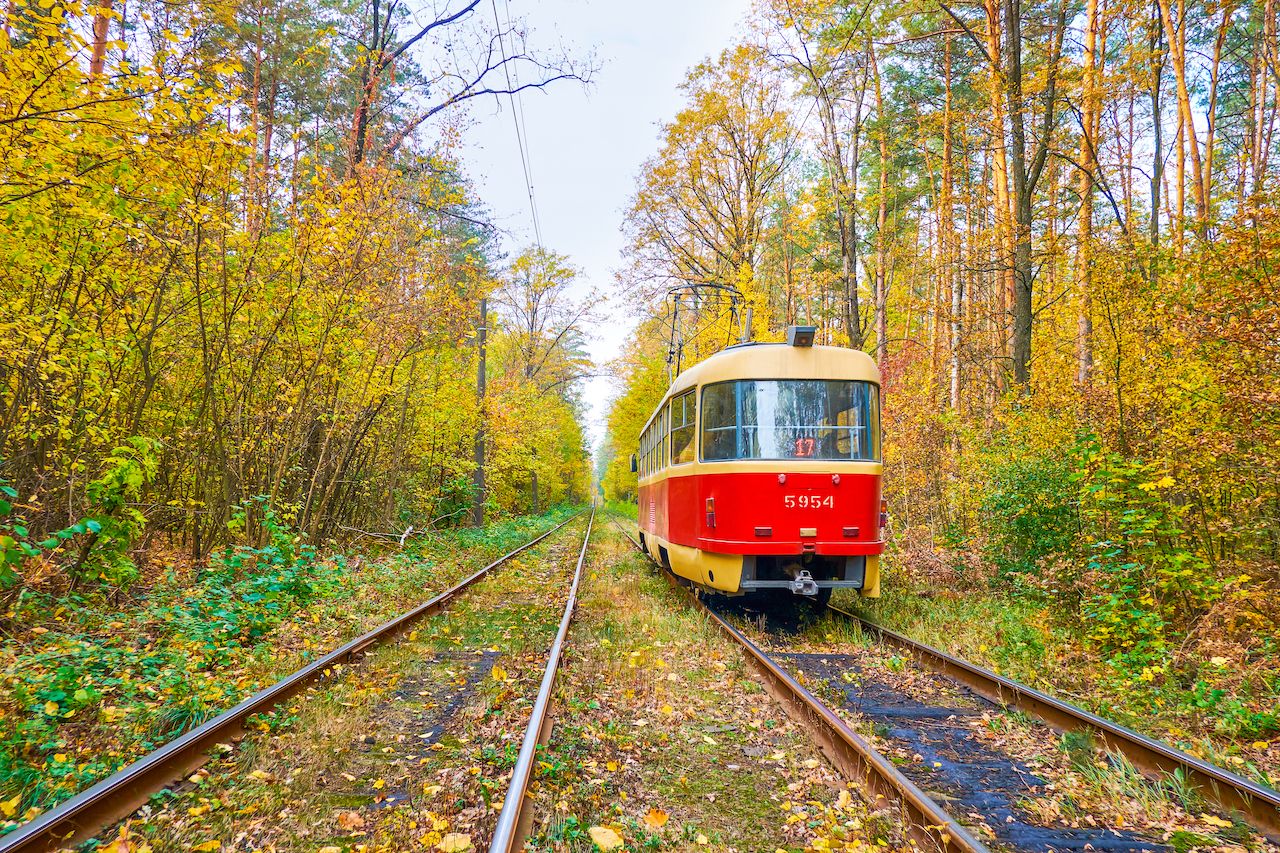 Pushcha Vodytsia — North of Kiev is a historic resort of Pushcha Vodytsia. This peaceful forest with lakes and pine trees is dotted with Soviet-era sanatoriums, summer camps, and private dachas (summer houses). Take a shabby old tram #12 from Podil and rattle through the woods until you get to Pushcha. When you’re there, you can rent a boat on the lake, go for a swim, feed ducks and squirrels, or take a few pictures of the photogenic tram passing through a tunnel of trees. 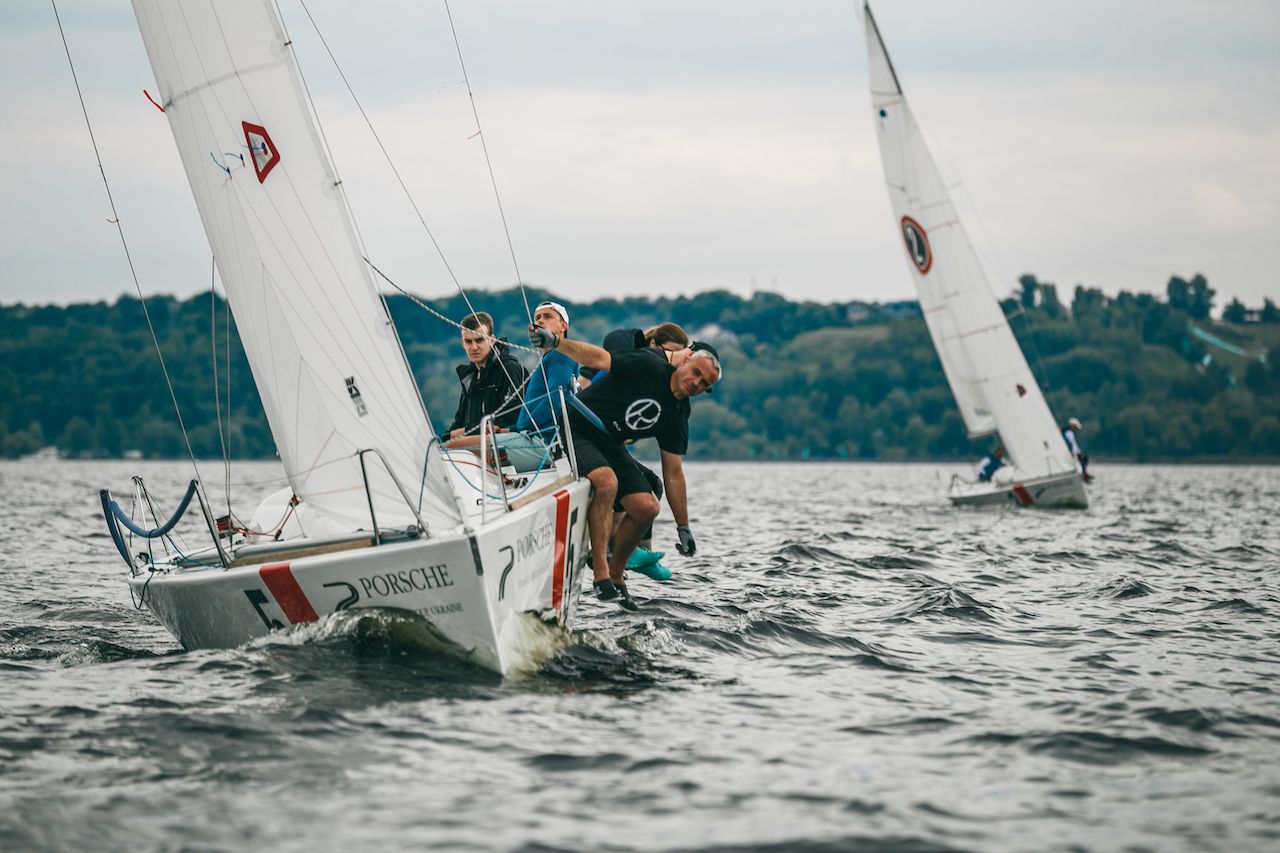 The Kiev Sea — Kiev may be six hours away from the nearest seashore, but it’s close to a massive body of water dubbed the Kiev Sea. The Kiev Reservoir, created to power a hydroelectric plant, is so vast it does look a little like a sea. The water quality is not great, but the views are; think dramatic sand cliffs and swaying pine trees. So if you’re looking for a picnic rather than a swim, head north of Kiev and cross the bridge just outside of Vyshgorod. The riverbank up there is packed with secluded spots, where you can take a break from the noise of the city.