When you have just 24 hours in a city, you want to see the staples — the things that make Kiev what it is. Problem is, those things are different to everyone. To some, they are the golden-domed churches. To others, the brutalist Soviet architecture. Likely the borscht, perhaps the Maidan, where the infamous 2014 protests took place. This itinerary is meant for the Kiev first-timer who’s short on time: It combines a little bit of everything you expect to see in Kiev, plus a few local favorites that may surprise you. Most of the stops are conveniently within walking distance, so put on your comfy shoes and hit the Kiev tourist trail.

Have breakfast, do good 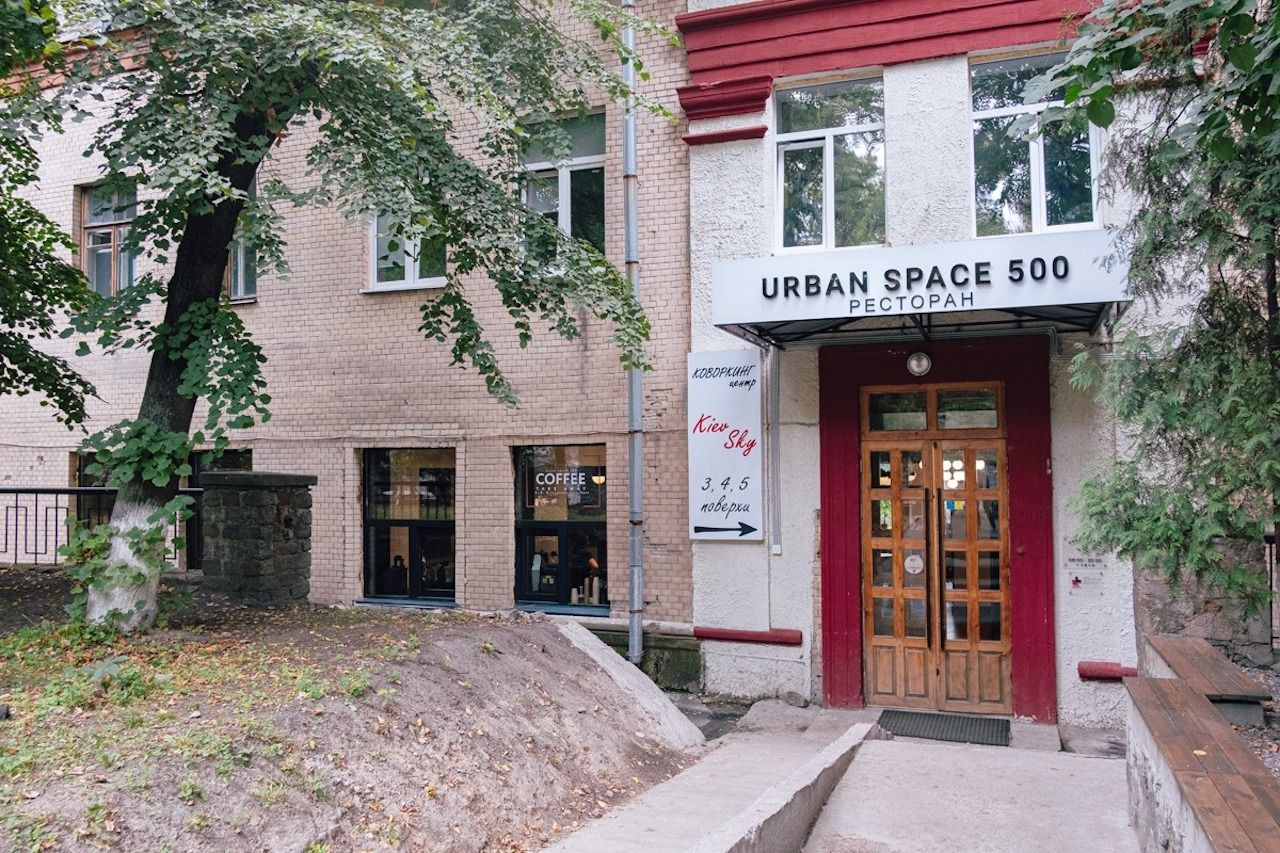 The center of Kiev is not usually where the best food is, but Urban Space 500 is an exception. It nails the breakfast staples like avocado toast and eggs, and its subway-tiled rooms are named after Kiev’s neighborhoods. But what makes Urban Space special is that it donates 80 percent of the profits to urban development projects, so there’s your chance to contribute to Kiev’s growth.

Check out Maidan Nezalezhnosti, where history was made 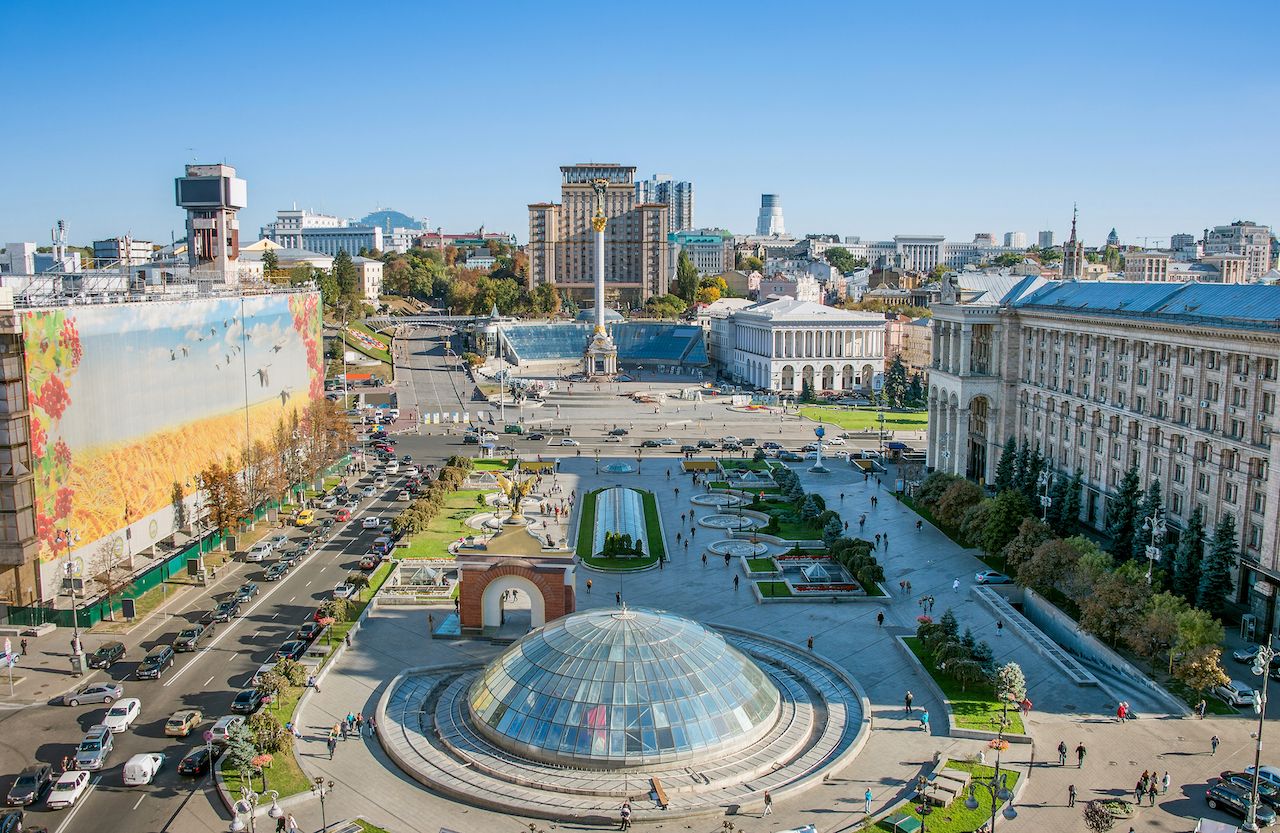 The lane your breakfast spot is on will lead you straight to the Maidan Nezalezhnosti square. Once a whirlwind of civil unrest, Maidan is peaceful now. Take a quick look around and walk along the main street, Khreschatyk, with its imposing Stalin-era buildings that host boutiques and restaurants. From there, hop on the Metro and get off at the next station, Arsenalna. 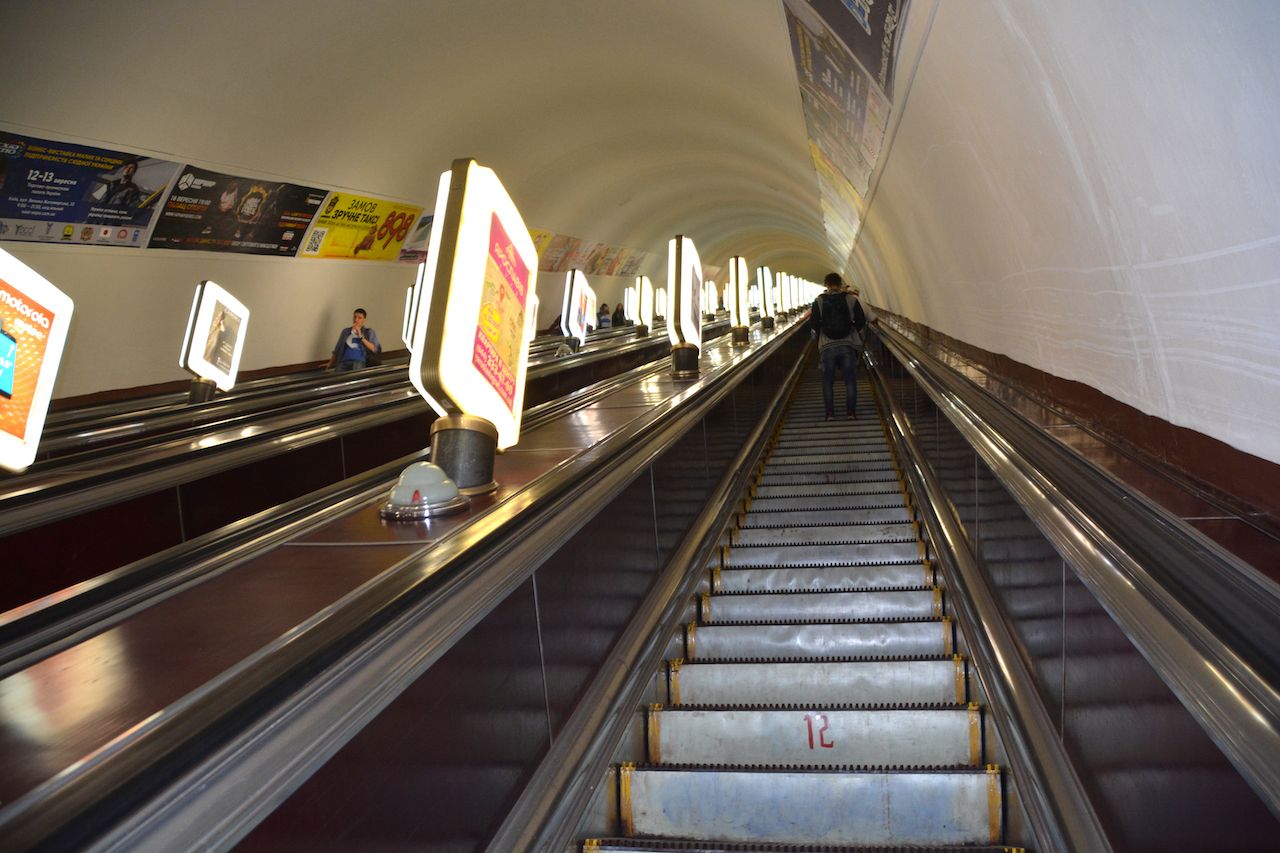 Arsenalna is officially the deepest Metro station in the world. At 346 feet deep, it may well be the deepest you’ve been underground, so brace yourself for a long escalator ride. Once you’re out, head to Kiev Pechersk Lavra, a medieval cave monastery that’s essentially the Vatican of Eastern Orthodox faith. Go up the belltower for a sweeping view or descend into the caves, where mummified saints attract believers and gawkers.

Get a healthy dose of Soviet art 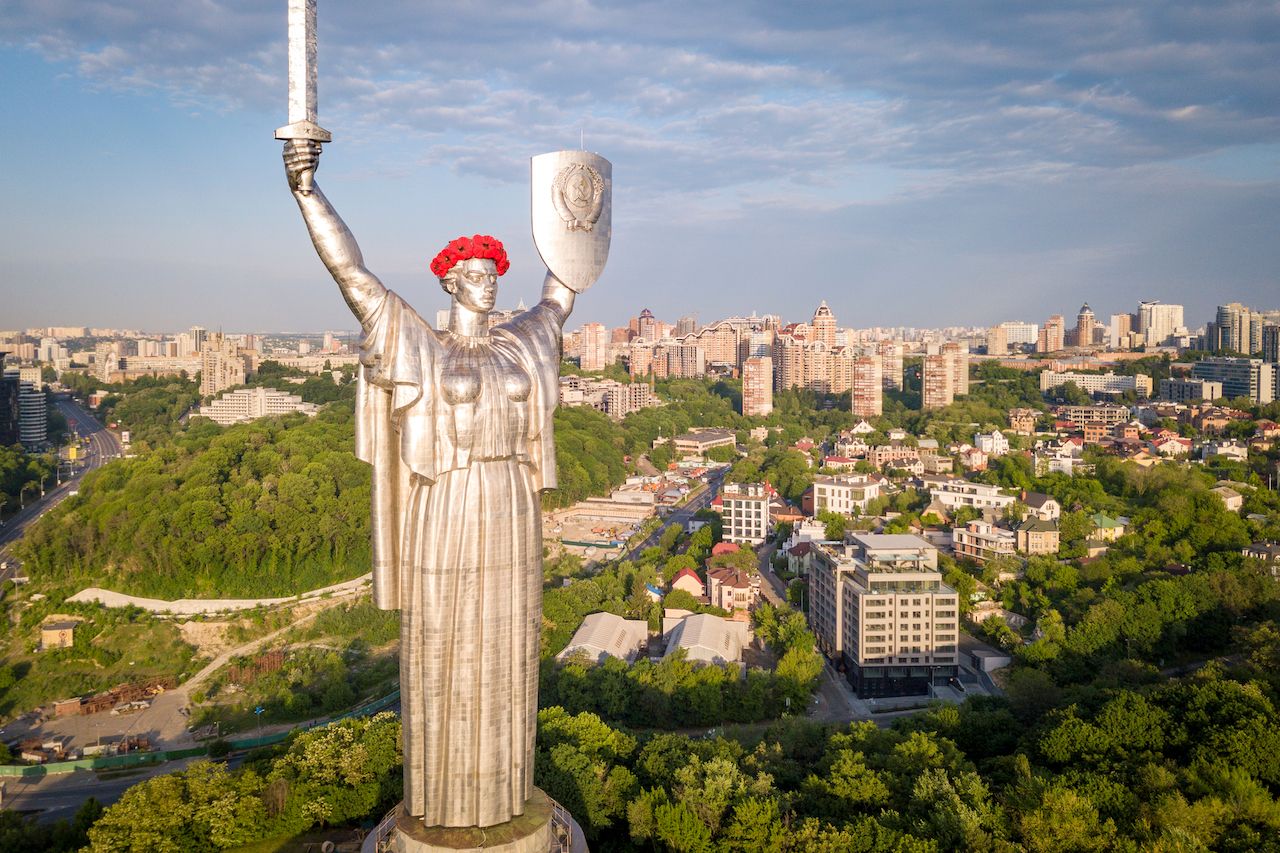 To offset the religious site, head to an imposing Soviet memorial complex, formerly known as the Museum of the Great Patriotic War. The indoor museum is worth a visit if you’re a history buff. If not, take a walk outside and see the Brutalist monuments and bas-reliefs in all their glory.

The biggest and most iconic one is the Motherland Monument, a massive woman of steel with a sword and a shield. There’s an observation deck on the shield, and you can climb through the arm to get up there — for an extra fee and with a guide for safety.

Lunch at the best ramen shop in town 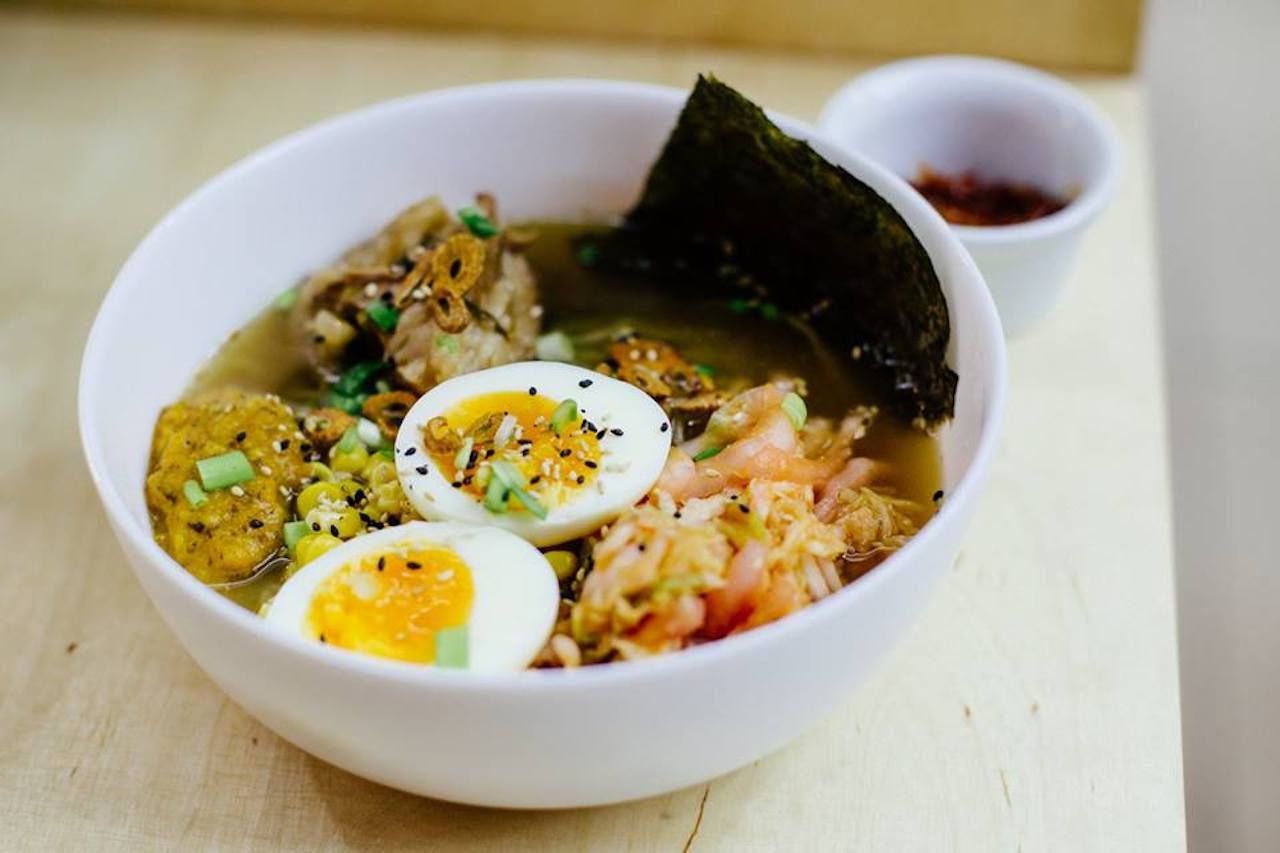 On your way back to Arsenalna, stop by the most popular ramen shop in Kiev, Noodle vs Marketing. The small basement space in a courtyard can be hard to find, but you’ll be happy you did. Whether you go for the basic shio or the hellishly hot spicy option, the ramen is amazing. And if you can handle a huge bowl of spicy faster than the current champion, the meal’s on the house and your photo goes on the wall. 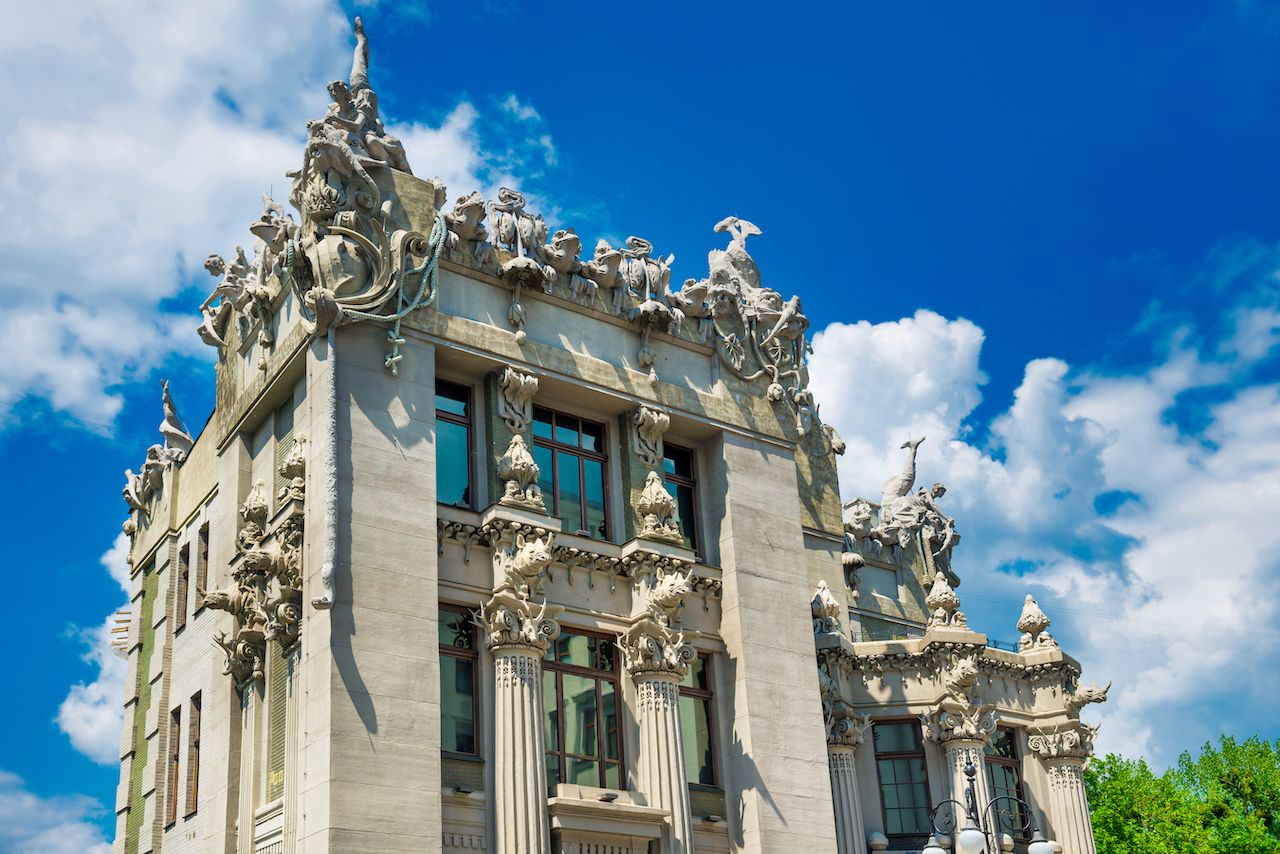 Now that you’re blissfully full, you can continue your sightseeing spree. Allow yourself to have a more relaxed afternoon and head to Mariinsky Park. Just a short walk away, the park comes with the delicate Mariinsky Palace, views of the river, and the Museum of Water. If you’re traveling with kids, they’ll love creating mini-rivers there, while you are posing inside a huge soap bubble.

Then stray away from the park and walk a few blocks to Lypky, a historic neighborhood with a heavy government presence. The buildings of the Ukrainian parliament and government are a hop away from the ornate Chocolate House and the neo-gothic House with Chimaeras, built out of cement. 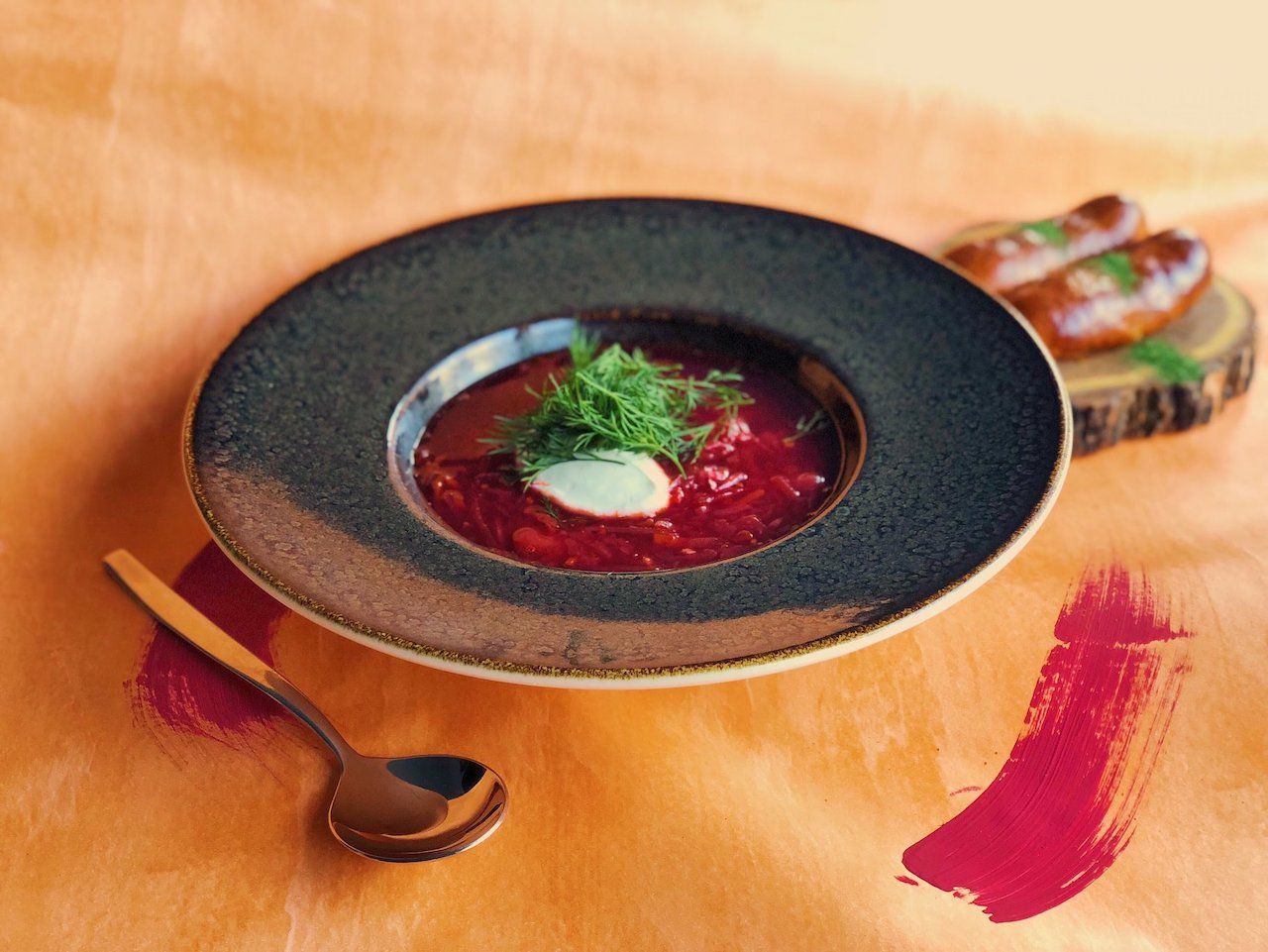 No day in a new city is complete until you’ve tried the local cuisine. To see what Ukrainian food is about, head to Mechnikova, a street that has three Ukrainian restaurants at different price points.

Baluvana Galya is a casual eatery serving borscht and chicken Kiev at dirt-cheap prices. Sho is more upscale and has a stunning interior, with white clay walls and massive chandeliers. It’s the place to go if you want a nice dinner with wine. Barvy is a fresh take on Ukrainian dishes, with an ambiance that’s more modern and almost clubby. Baluvana Galya and Sho serve traditional homemade fruit liqueurs, nalyvky, which make for a good aperitif. 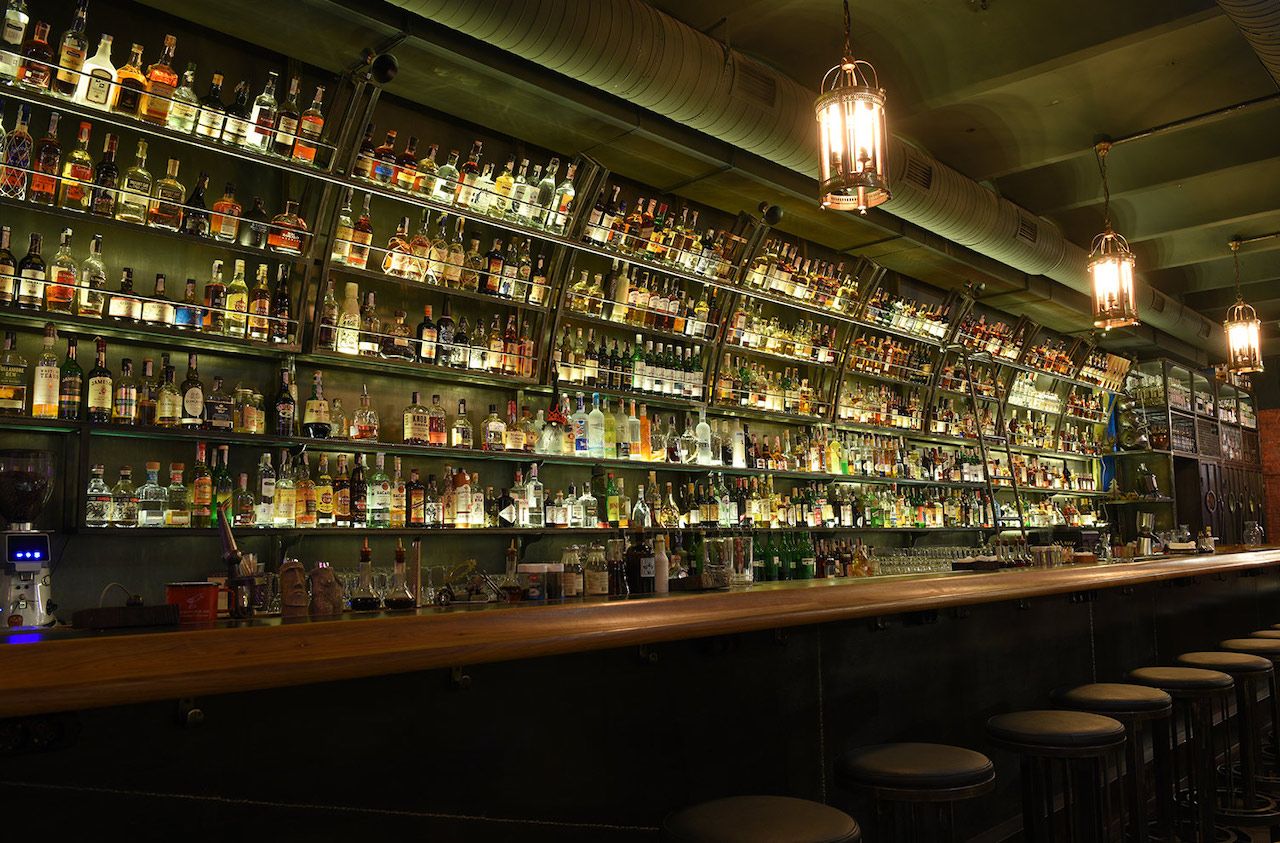 You’re within a short walk from Bessarabka — an area that has the highest concentration of cocktail bars in Kiev. You can spend the rest of the evening bar-hopping between the petite Budu Pozzhe, the fancy-ish Loggerhead, the somewhat touristy Parovoz Speakeasy, and the Barman Dictat and Sklad with their staggering amount of bottles.