During your first and second days in Kiev, you’ve seen its many faces — from the stern Soviet one to the one with a nose ring and micro sunglasses. But you haven’t scratched the surface of two things Ukraine is notorious for: Chernobyl and corruption. They may not sound like fun, but bear with us. The nuclear disaster site and the estate of the corrupt ex-President make for enlightening day trips from Kiev. Whether you visit Chernobyl or venture out to Mezhyhirya, your experience will be unique to Ukraine. 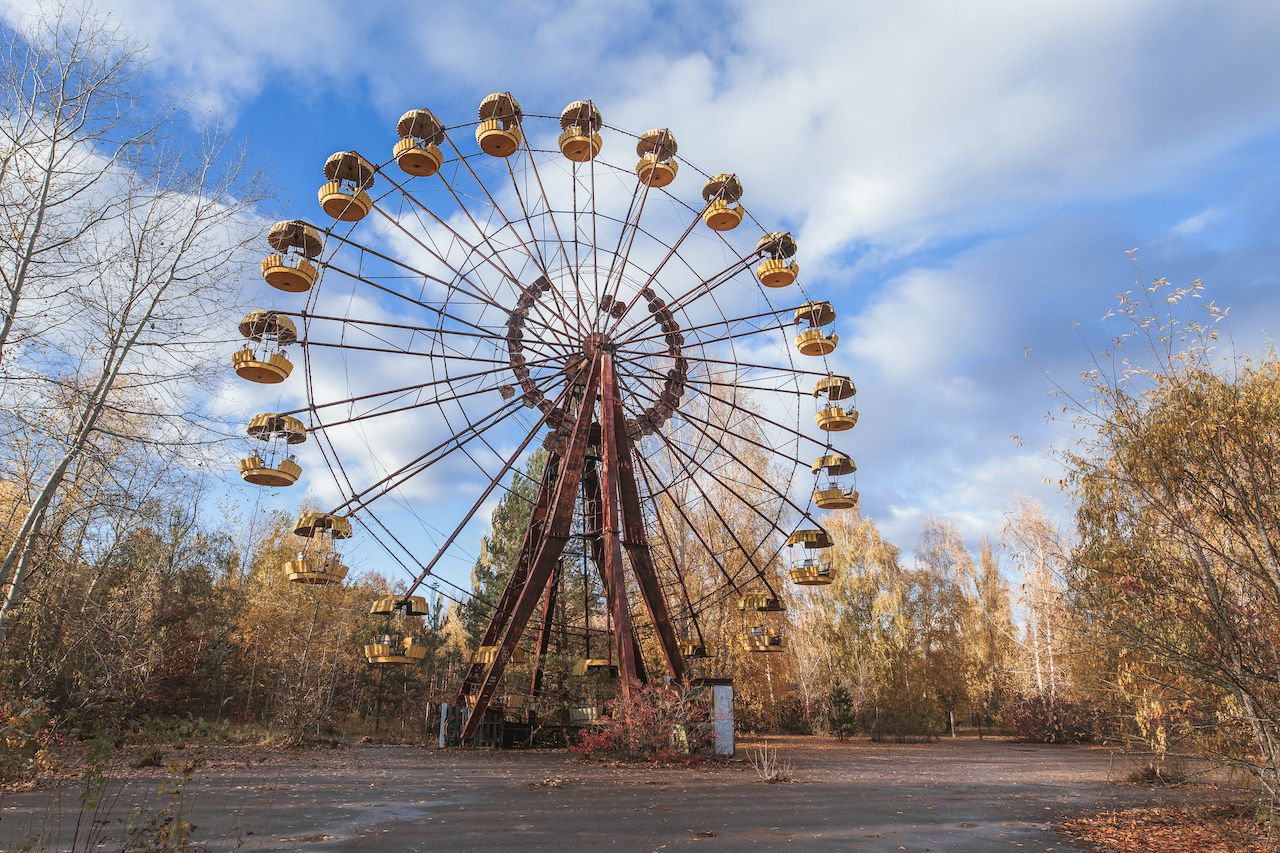 You can see the Exclusion Zone, now an official tourist attraction, with your own eyes. But only with an authorized guide, for obvious reasons. The 12-hour bus tour includes the ghost town of Pripyat and the actual power plant that’s still in use, but it carefully steers away from contaminated areas. Don’t forget to book ahead: Spots sell out fast.

You set out early, at 7:30 or 8:00 AM, which means your breakfast options are limited to one of the few early bird cafes. At White Noise, a cafe at the Bursa Hotel, you can get breakfast from 7:00 AM, so grab the local breakfast special syrnyky (cottage cheese pancakes). Under Wonder, an Italian restaurant that serves breakfast from 6:00 AM, is also a great spot for early risers. For a true Kiev experience, try the Kievsky breakfast there, which consists of apple pancakes, crepes, and syrnyky.

Once you’ve stocked up on calories, get ready to spend them. From 8:00 AM until about 8:00 PM, you’ll cover abandoned villages, the decontaminated Red Forest, the famous Ferris wheel and amusement park in Pripyat, and even the sarcophagus protecting the dead reactor.

Perhaps the most unexpected part of the tour is the lunch at a real Chernobyl cafeteria, where power plant workers get old favorites like kotlety. These fried meatballs served with mashed potatoes are a standard meal in every post-Soviet lunchroom. But don’t get spooked: The groceries are brought from outside of the Zone, and the radiation level in the cafeteria is perfectly normal. You’ll even have a Geiger counter to measure it. There’s no Atomik Vodka available as of yet, but keep your eyes peeled — it’ll probably happen soon.

Option 2: A day in Mezhyhirya 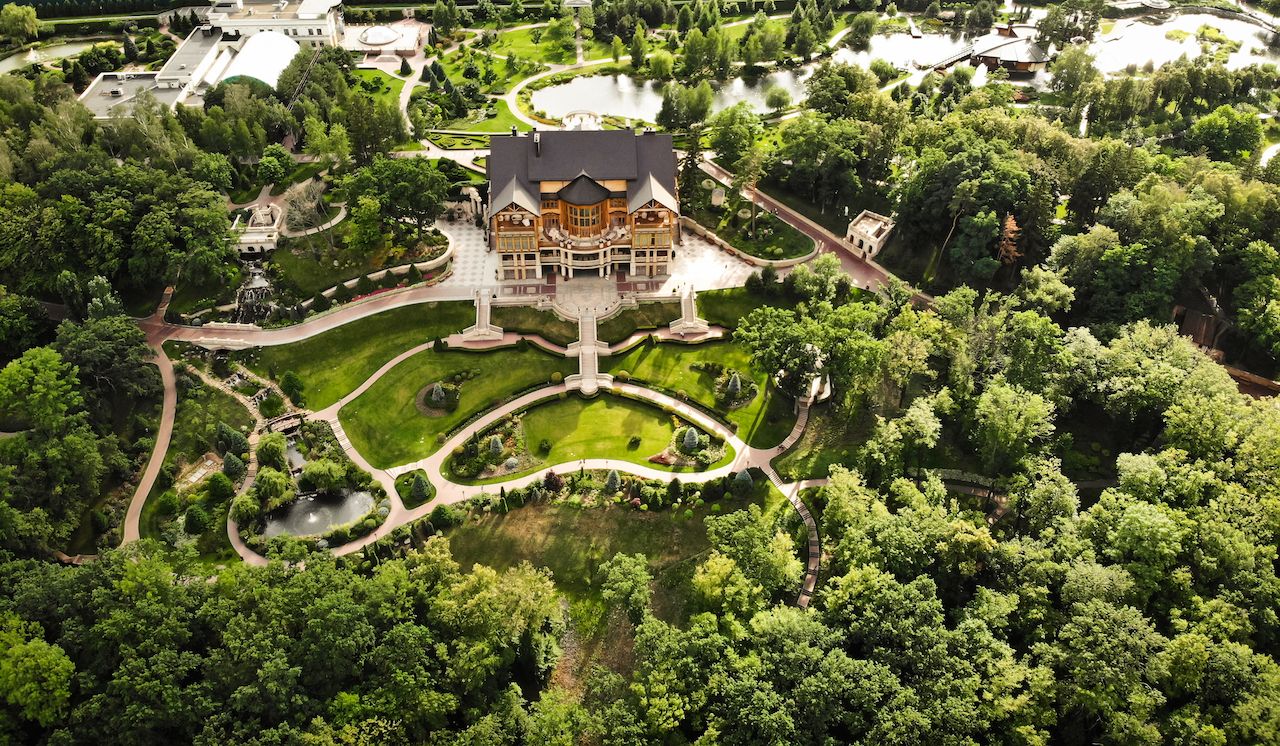 If you’re looking for a more cheerful way to spend your third day in Kiev, head to Mezhyhirya. This massive park with an opulent mansion used to belong to Ukraine’s former Prime Minister, then President, Viktor Yanukovych, who was ousted as a result of protests in 2014.

Take your time in the morning and enjoy a hearty breakfast at JZL, aka The Life of Wonderful People, or AllTrueEast, a Middle Eastern-ish restaurant. At JZL, opt for cottage cheese balls with berries and custard. At AllTrueEast, get the tuna toast with poached eggs and spinach.

From there, hop on the metro at the Lva Tolstogo station and go straight to the end of the blue line to Heroiv Dnipra. A small bus or a taxi will take you from Heroiv Dnipra to Mezhyhirya.

Once the luxury and scale of this place sink in, it can be shocking. If you’re wondering how a president could afford gilded bathrooms and his very own ostriches, wonder no more: He embezzled money. After Yanukovych fled, the estate was turned into a public park — and a wonderful one at that. Bring a blanket and snacks to have a picnic by the river, rent a bike to cover more ground, and be sure to pay some extra to see the inside of the mansion.

For lunch, try a meat skewer from one of the restaurants by the water. The ship-restaurant Galleon built for the former president has been shut down by the court, but it’s still anchored there and makes a good prop for a photo.

A Georgian dinner back in Kiev 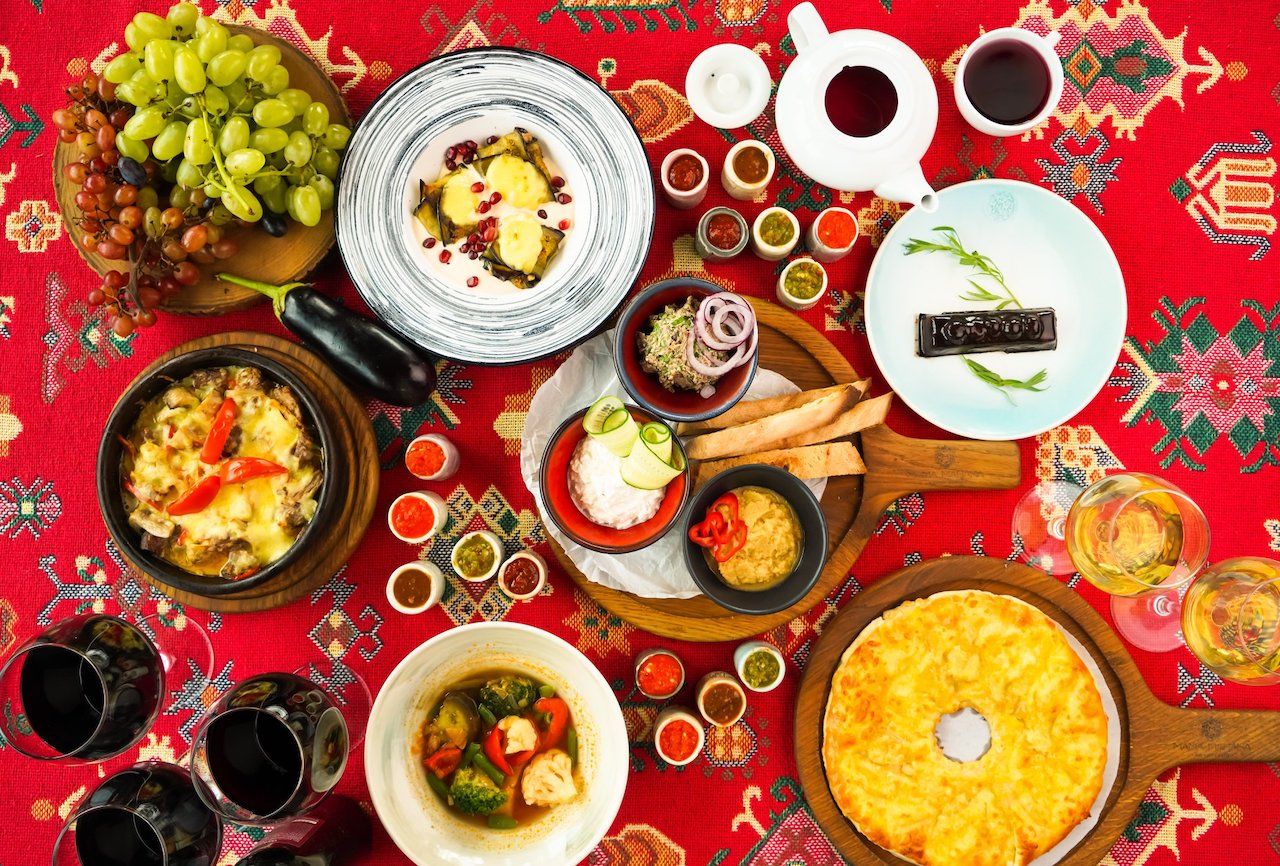 Your last night in Kiev calls for a feast, and no one does feasts quite like Georgians. Even though there’s not much of a Georgian population in Kiev, the number of Georgian restaurants is through the roof. It’s easy to see why: The cuisine is a delicious mix of meat, cheese, veggies, and fragrant spices, chased with abundant wine. Add in the generous hospitality here, and you have yourself a bash.

Not all Georgian restaurants are equally good, though. Head to the tried-and-tested Mama Manana, Chichiko, or Kuvshyn, a more upscale mix of Georgian and Uzbek with a lovely summer terrace in the park.

One last look at Kiev from above 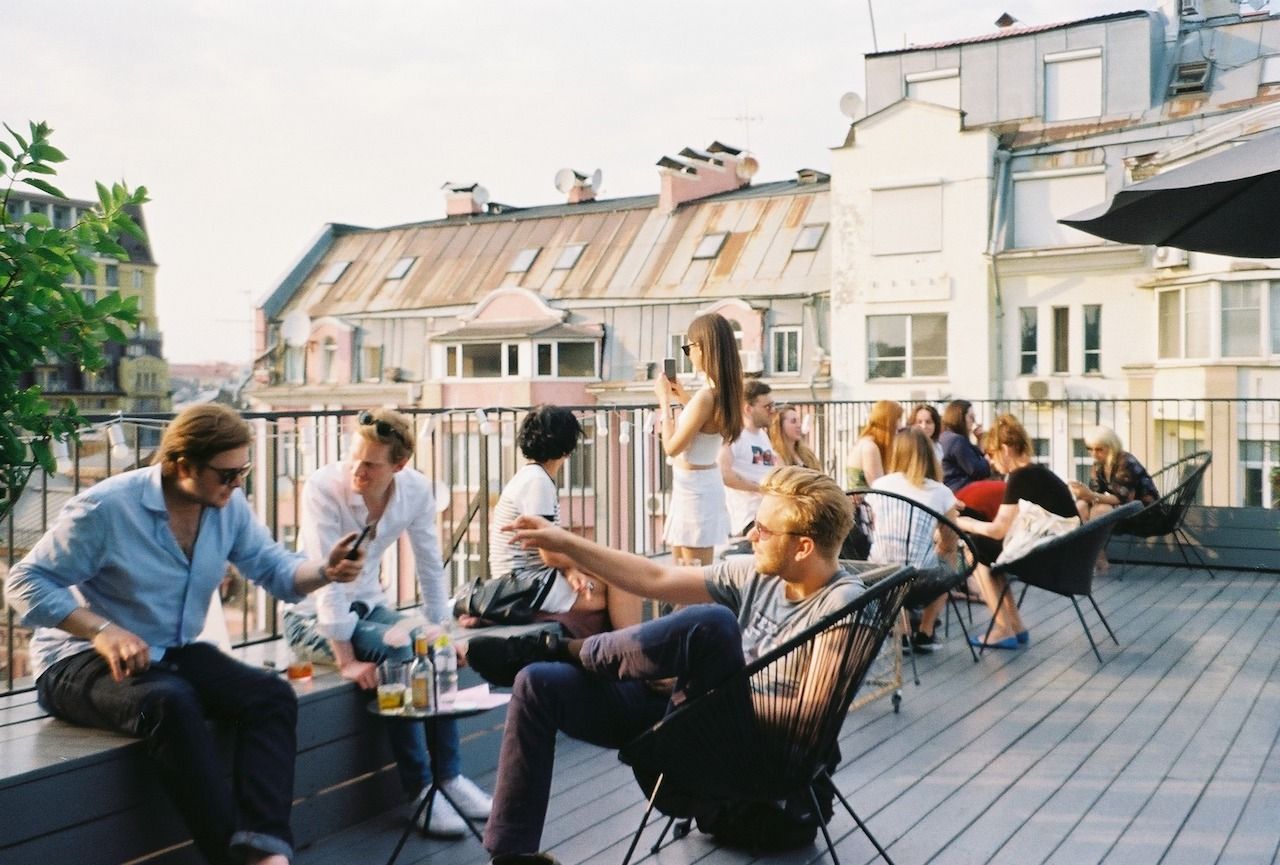 What better way to say goodbye to Kiev than to take a good look at it from above. For pretty Podil rooftops, head to 1818; for a concert or a comedy show with a view, try Roof; and for a glamorous pool party atop a mall, check out City Beach Club.