Officially, Kiev is divided into 10 rayons, or districts, but its real topography is way more ambiguous. Sometimes the line between two neighborhoods is blurry; other times a neighborhood doesn’t have a proper name and is known by the nearest metro station. For the sake of this guide, we’ve picked some of the more distinct neighborhoods that will show you the different facets of Kiev’s past and present. 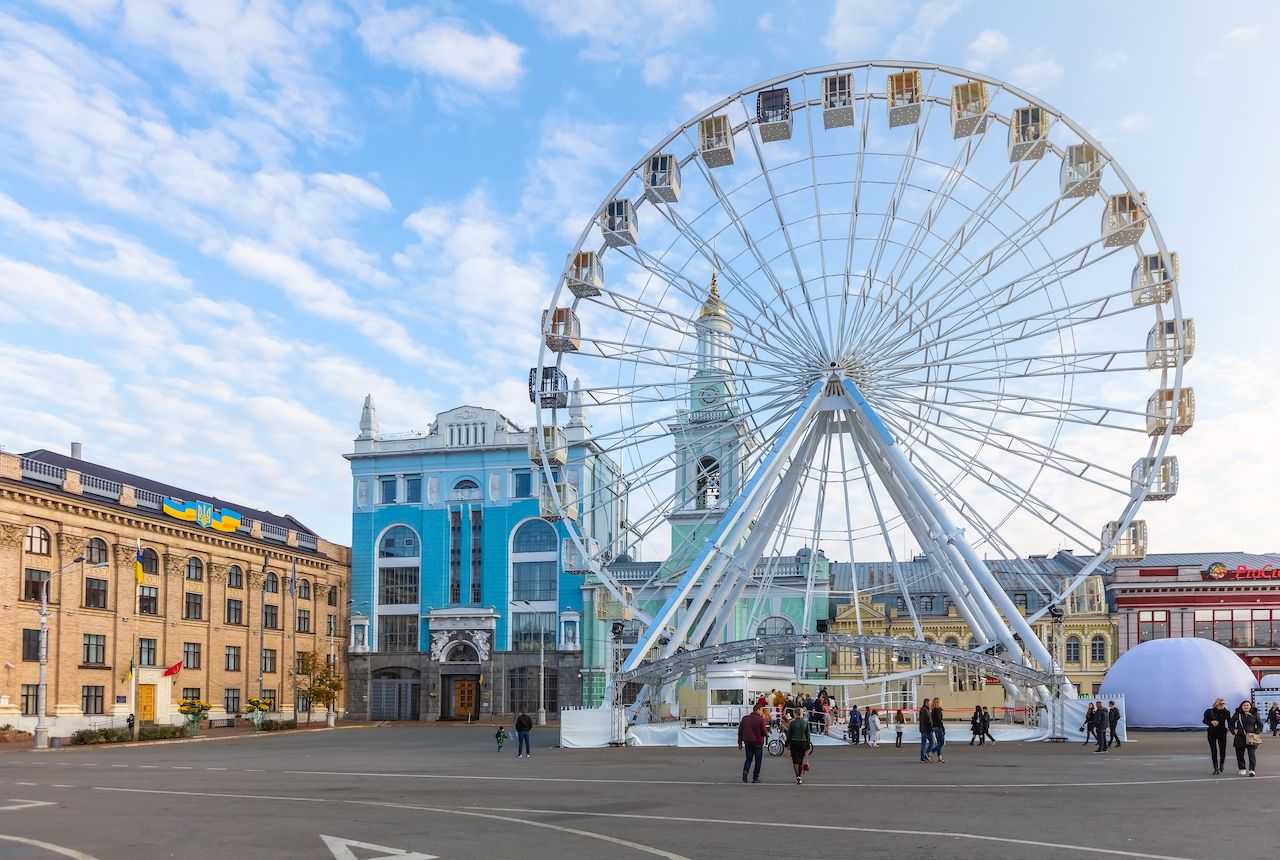 Podil — “The lowland” has been sitting below the hills and above the Dnipro river for over four centuries. The streets may be old, but the crowd is young, drawn here by urban beaches, shabby hipster hangouts, and the 17th-century Kyiv-Mohyla Academy. When in Podil, check out the old river port, recently reopened as an art space and a food court; walk across the river to Trukhaniv Island to work on your tan and dance on the sand in UBK Beach; or take a short but scenic ride on the Kiev Funicular. After dark, Podil has every brand of nightlife you can think of, from cheap drinks in a courtyard in HVLV to craft cocktails in Pink Freud to techno parties in Closer. 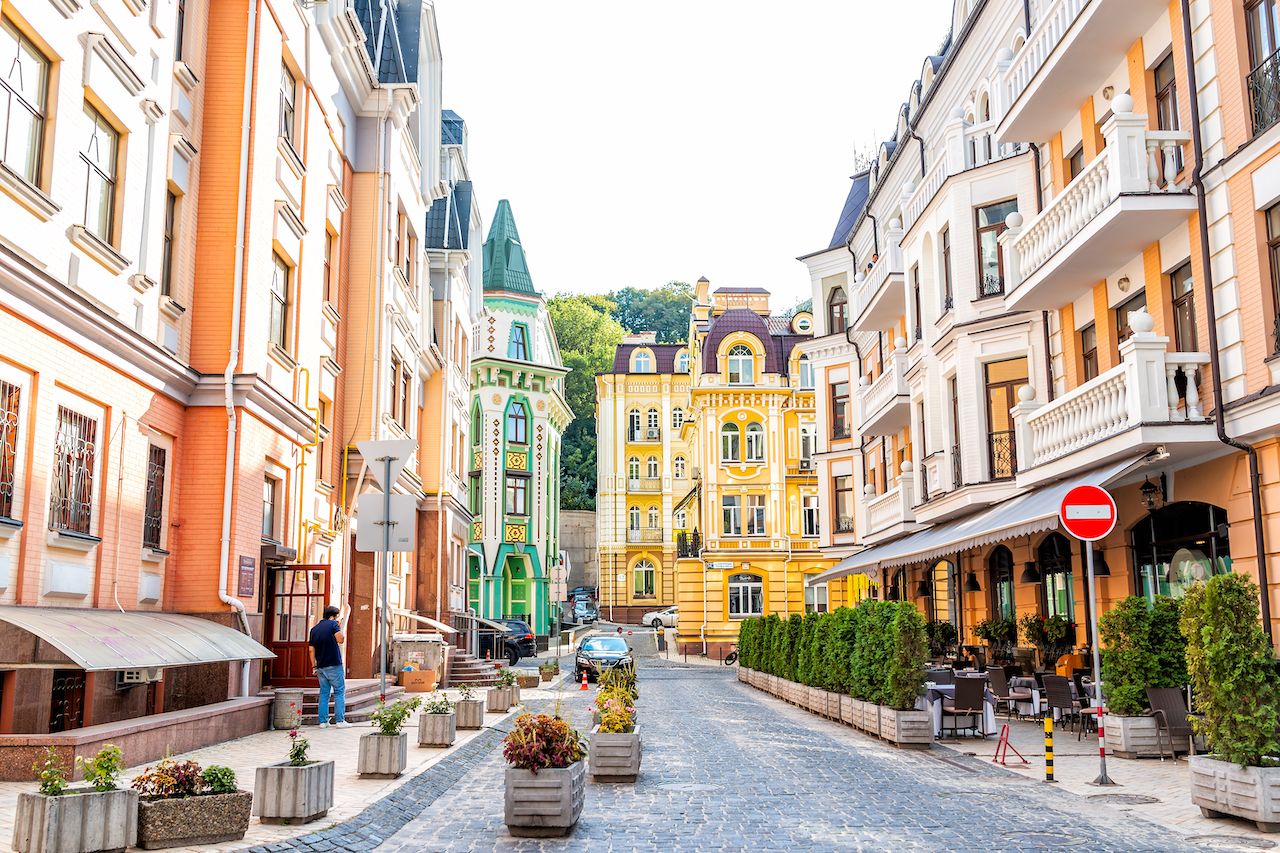 Vozdvyzhenka — Until recently, Vozdvyzhenka was a ghost town. When the old craftsmen’s neighborhood was rebuilt with faux-Baroque townhouses, they stood unsold for over a decade. Now locals are reluctantly embracing the new, somewhat tacky, quarter. Vozdvyzhenka is attached to Andriyivsky Uzviz, a still-authentic descent leading down to Podil. Packed with souvenirs, Soviet memorabilia, and art, Uzviz is a good place to start a walk around the neighborhood. You can then turn left to Vozdvyzhenka, check out a few galleries and showrooms by Ukrainian designers, and finally get back to where you started by taking the new staircase, beautifully lit at night. 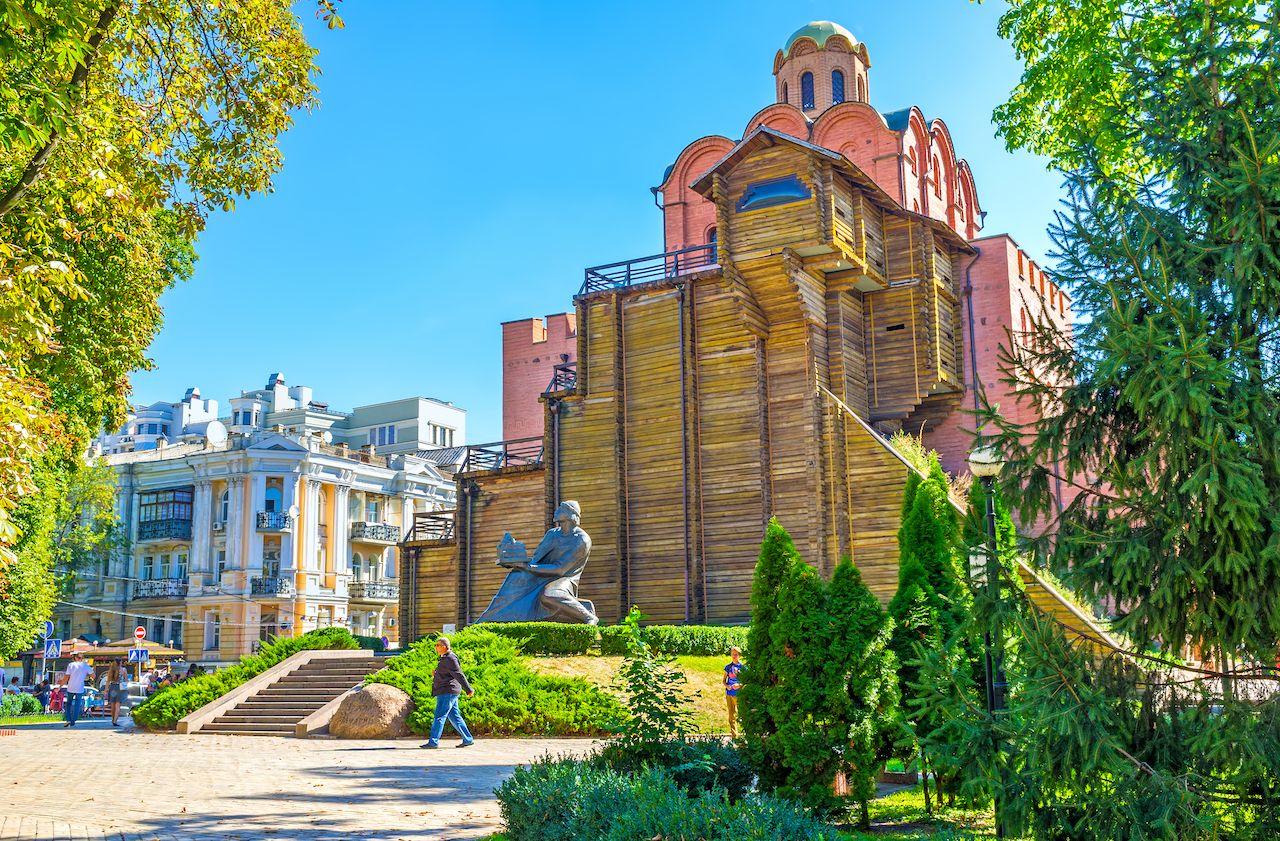 Old Kiev (aka Upper City or Zoloti Vorota) — If you ask anyone in any European city where the old town is, they won’t have to think long. But if you ask a Kievan that, they’re going to look perplexed. While this neighborhood is officially called Old Kiev, locals know it as Zoloti Vorota (The Golden Gate) — by the reconstructed gate to medieval Kiev and the metro station next to it. Although Zoloti Vorota dates back to the 11th century, the only survivor of that time is St. Sophia’s Cathedral. More recent sights include the House of Actor, a former Karaite synagogue turned event venue; Volodymyrska Hirka, a cozy park with river views; and Yaroslava, the oldest cafe in Kiev with cheap and tasty pastries. If you’re in Zoloti Vorota during the weekend, you might also catch Vsi Svoi (All Our Own). At this series of markets, you can get anything from clothing and shoes to jams and decor, all made by Ukrainian artisans. 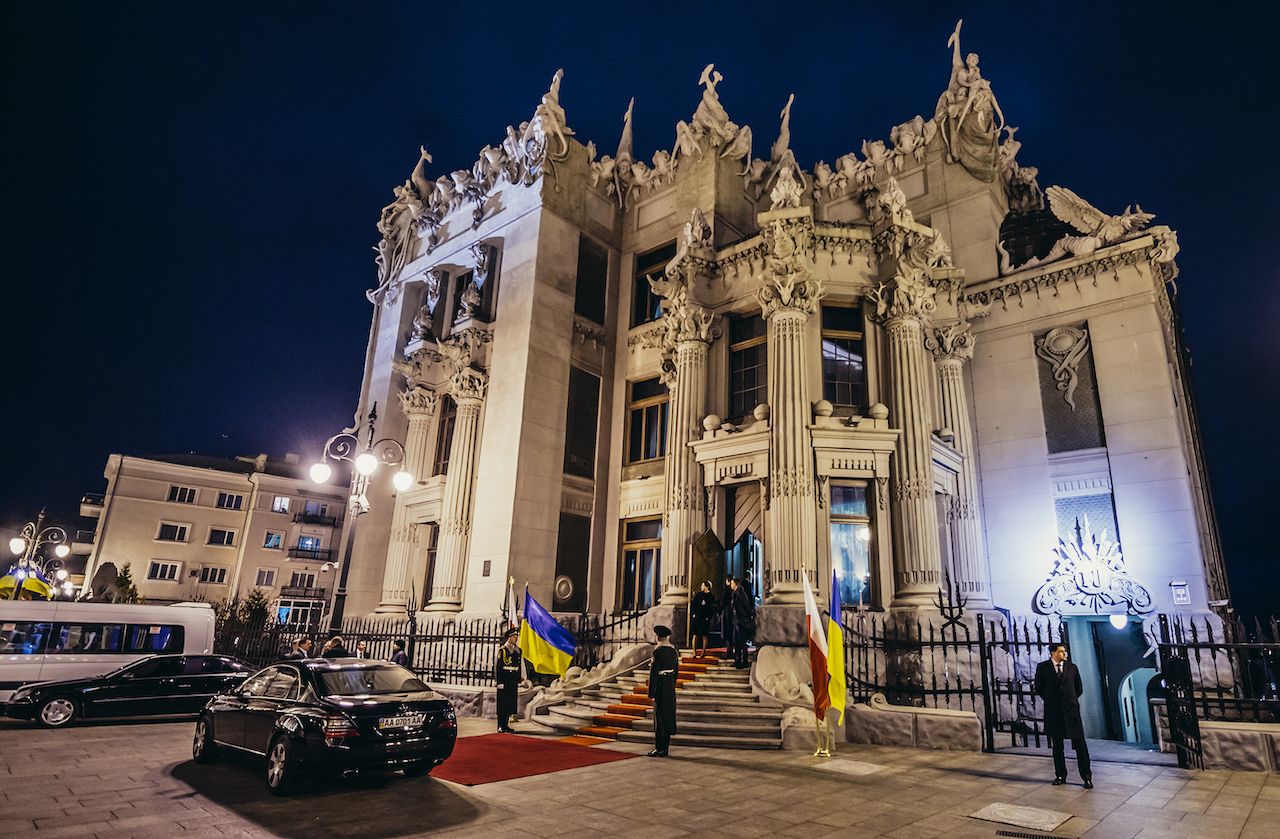 Lypky — Lypky has a history of money, power, and prestige. Retired Soviet officials look down from the balconies of their Stalin-era homes at sleek black cars taking Ukrainian officials to the Government Building. The lavish houses of 19th-century merchants are now museums. Things are quiet and slow in Lypky, so take your time and check out the House with Chimaeras and The House of the Weeping Widow — both architectural landmarks. For a bit of art and history, hit the National Art Museum of Ukraine or The Chocolate House (a historic merchant house that doubles as an art center). There’s not much going on here in terms of food and nightlife, but do try Na Stanislavskogo, a bohemian cafe by the theater, and Budu Poszhe, a tiny bar with craft cocktails. 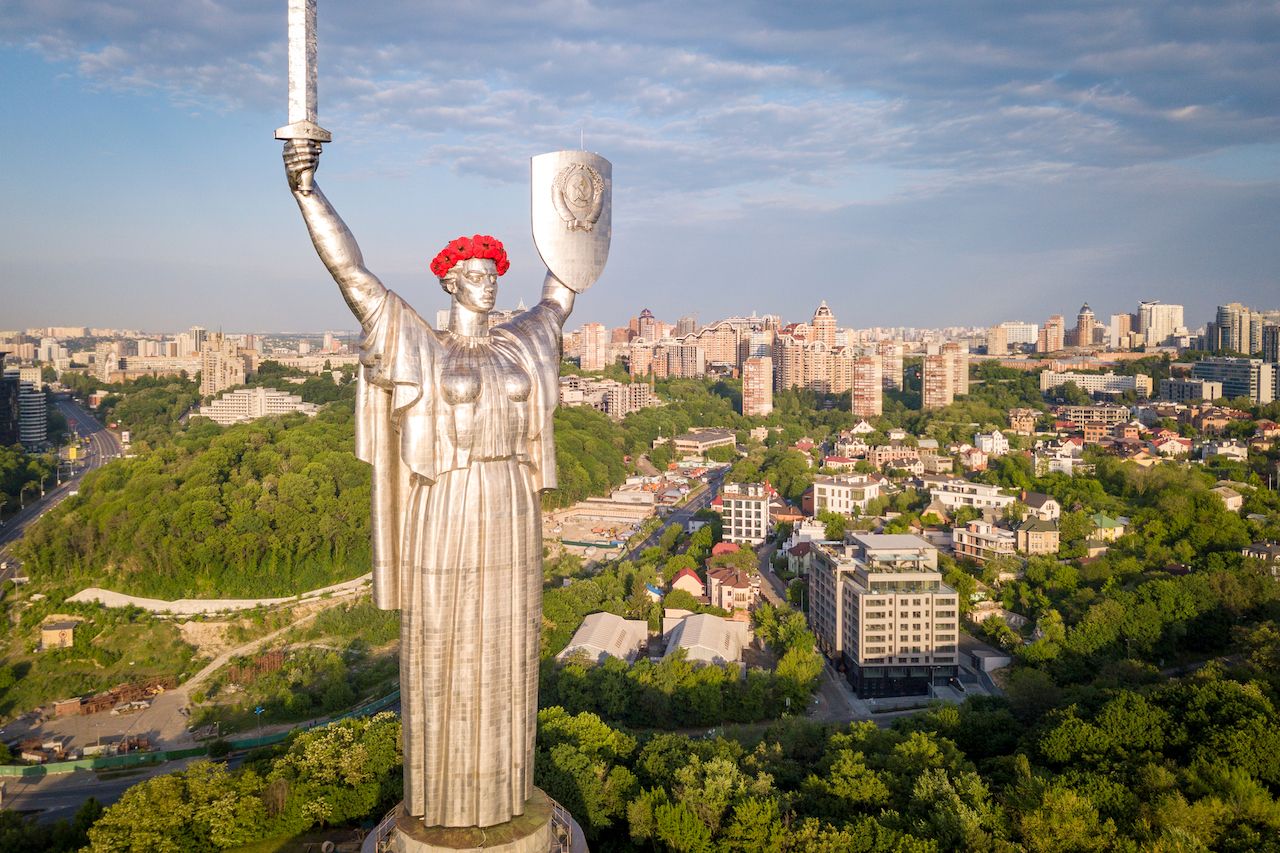 Pechersk — The neighborhood is part of a namesake district, so figuring out what is and isn’t in Pechersk can be confusing. Defining its character isn’t easy either. With The Park of Eternal Glory, The Motherland Monument, and a sprawling World War II Museum, the area leaves a distinct communist aftertaste. But its massive monasteries and even more massive green spaces help cleanse the palate. Take the metro to Arsenalna, the world’s deepest station; see mummified saints in Kiev Pechersk Lavra, a medieval cave monastery; and climb up the arm of The Motherland Monument, a massive woman of steel erected after the war. The National Botanic Garden is perfect for fresh air and magnolia blossoms in April, and Noodle vs Marketing has the best ramen in the city.