Traveling to Europe is the ultimate vacation for many Americans, who have long fantasized about sipping wine in Bordeaux or chowing down on bratwurst in Munich. The small country of Luxembourg might not be top-of-mind for travelers to Europe, but it should be. Often overlooked in favor of larger, more glamorized countries, Luxembourg is sandwiched between Belgium, Germany, and France, and has a fascinating blend of all three cultures. But despite having been heavily influenced by their neighbors, Luxembourgers still retain a distinct identity, even speaking Luxembourgish — a mixture of French and German. Luxembourg’s location makes it easily accessible to holidaymakers already vacationing in the surrounding nations, and since Luxembourg is even smaller than Rhode Island, it’s possible to see much of the country in just a few days. Here’s why Luxembourg is the perfect addition to your Eurotrip.

Start in the Ardennes 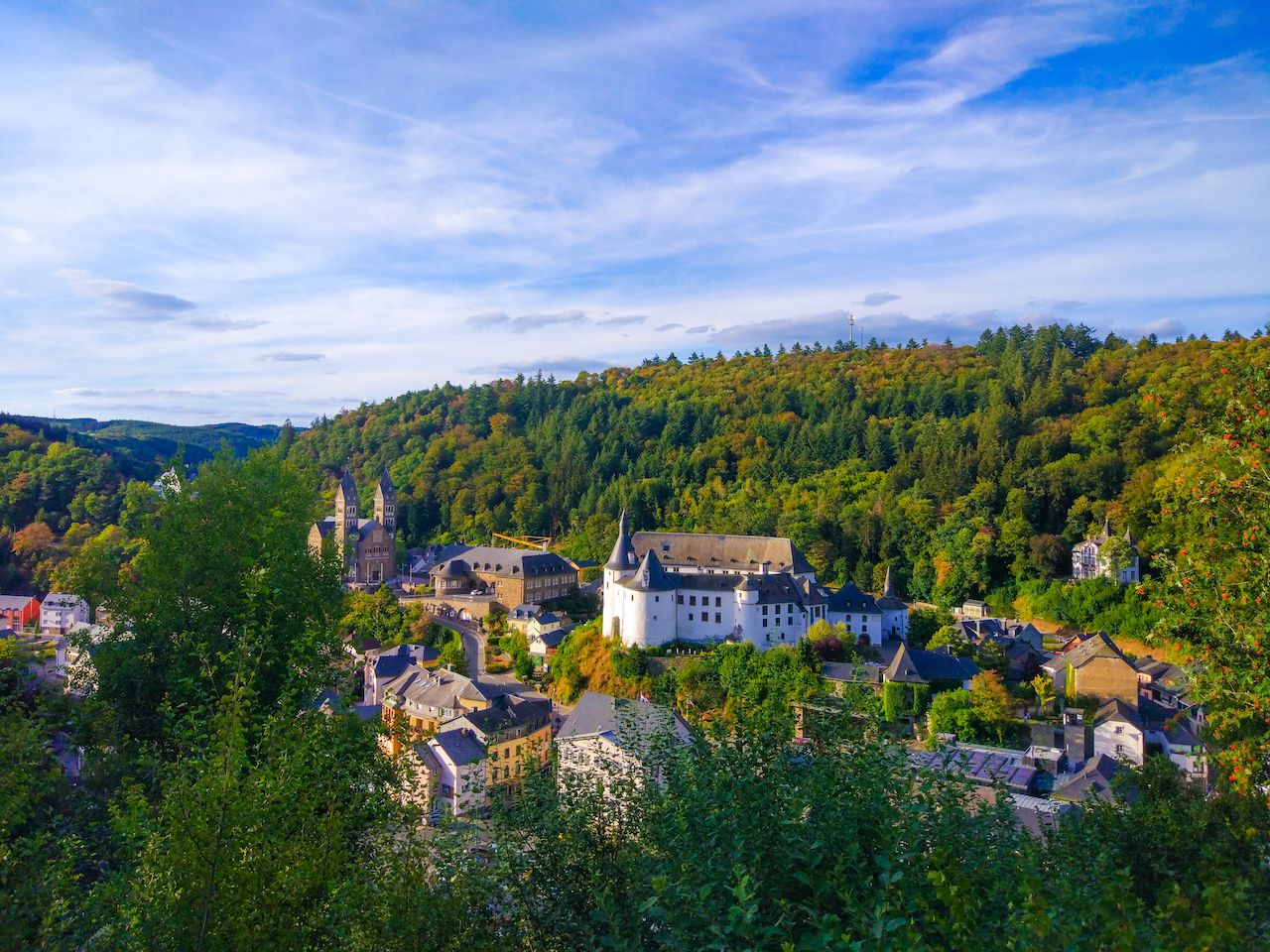 At pretty much the opposite end of the country from the capital of Luxembourg City — but less than an hour’s drive away — the small town of Clervaux is the perfect place to begin your Luxembourg trip. The town of just 1,300 sits in a narrow valley in the Ardennes Forest, and is dominated by the towering Clervaux Castle. Originally built in the 12th century, it was destroyed in the Battle of the Bulge during World War II, and has since been rebuilt. Many European towns are dominated by crowds, their medieval plazas filled with picture-snapping tourists, but Clervaux doesn’t have that problem. 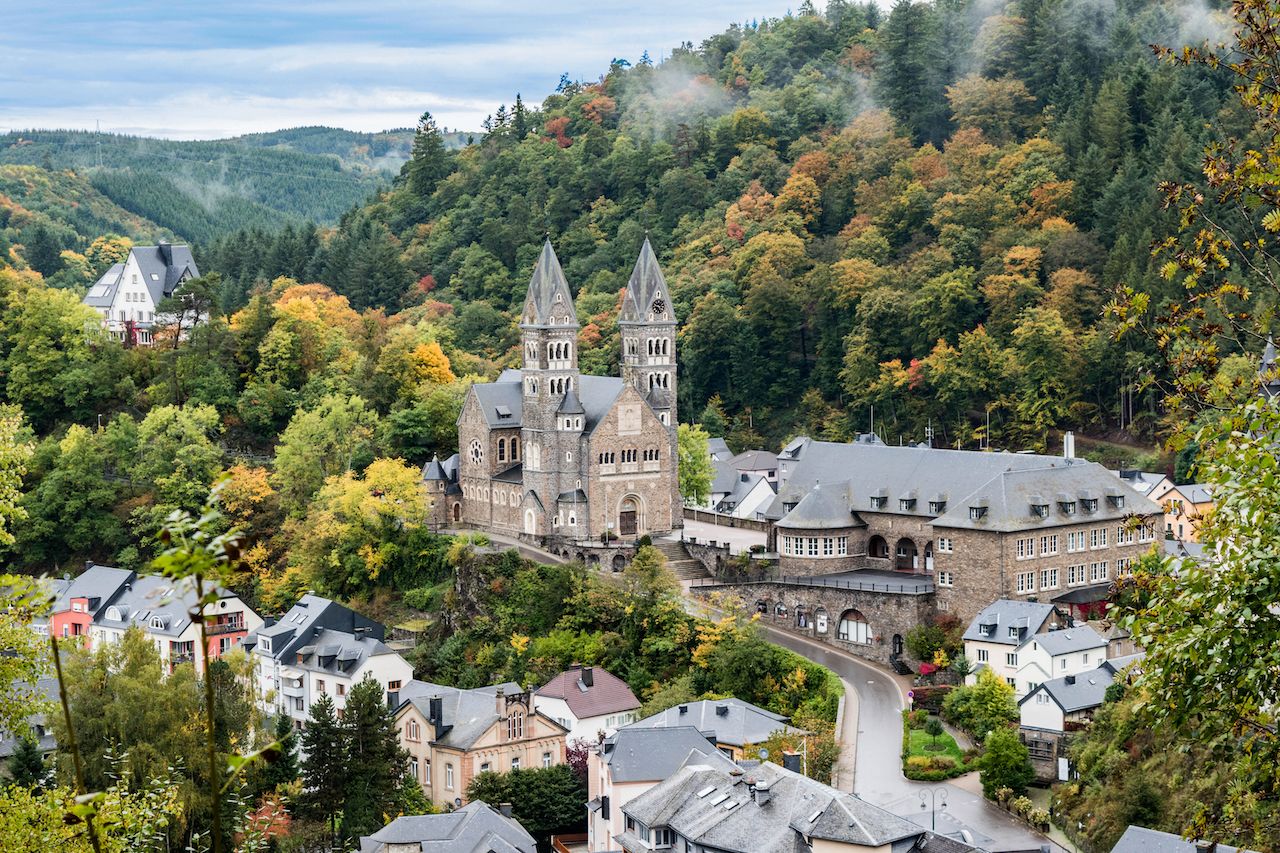 Its chief attraction is the “Family of Man” photography exhibition, which you should visit even if you’re not an art connoisseur. Originally curated by Edward Steichen for New York’s Museum of Modern Art in 1955, the exhibit’s permanent home is now in Clervaux after having toured all over the world. Steichen’s famous collection of documentary art photography is part of UNESCO’s Memory of the World Register, and consists of 503 pictures by 273 photographers from 68 countries. The exhibition is rooted in powerful themes of love, birth, faith, work, family, education, children, war, and peace. 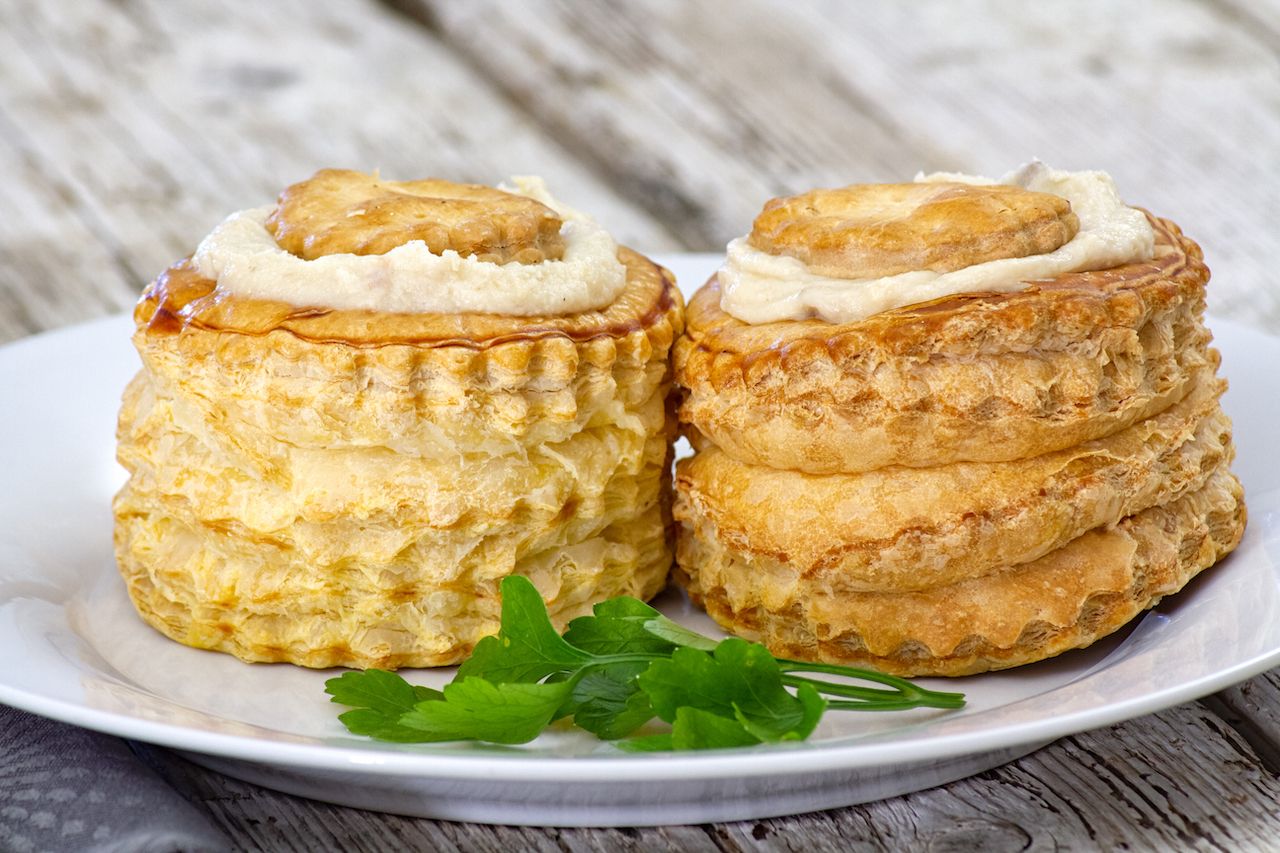 After you’ve toured the exhibit, be sure to try some classic Luxembourgish fare down the road at Restaurant Les Ecuries du Parc. Yes, Luxembourgers have their own distinct cuisine, and one proud citizen accurately described it as “French quality in German portion sizes.” Keep an eye out for bouchée à la reine (a stuffed pastry filled with chicken, mushrooms, and a thick sauce), Judd mat Gaardebounen (smoked pork with beans), bouneschlupp (green bean soup), and cheval (horse, which tastes more like steak than you’d think).

Along the German border 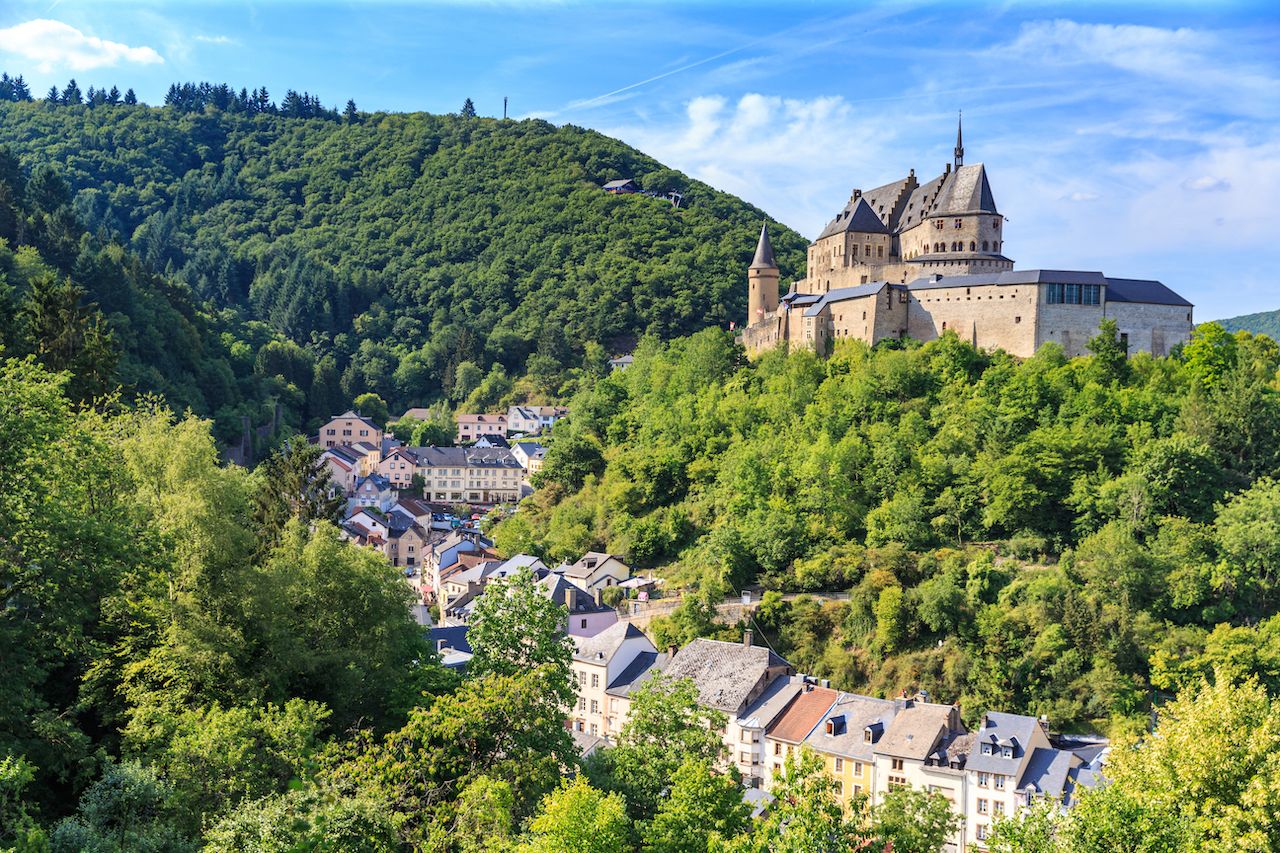 From Clervaux, head south alongside the German border to Echternach, which will be your gateway to some of the best hiking trails in Europe. On the way, however, set aside time to stop in Vianden, about half an hour from Clervaux. Vianden is known for its hilltop castle, which is one of the most impressive in the entire country. The best way to reach the castle is via chairlift, which takes you from the city streets, through the trees, and up 1,440 feet to the castle. The lift is the perfect way to see the city from above. And once you’ve thoroughly explored the castle, you can hike back down into town through the woods. It’s a steep trek, but much more manageable than the upward climb. 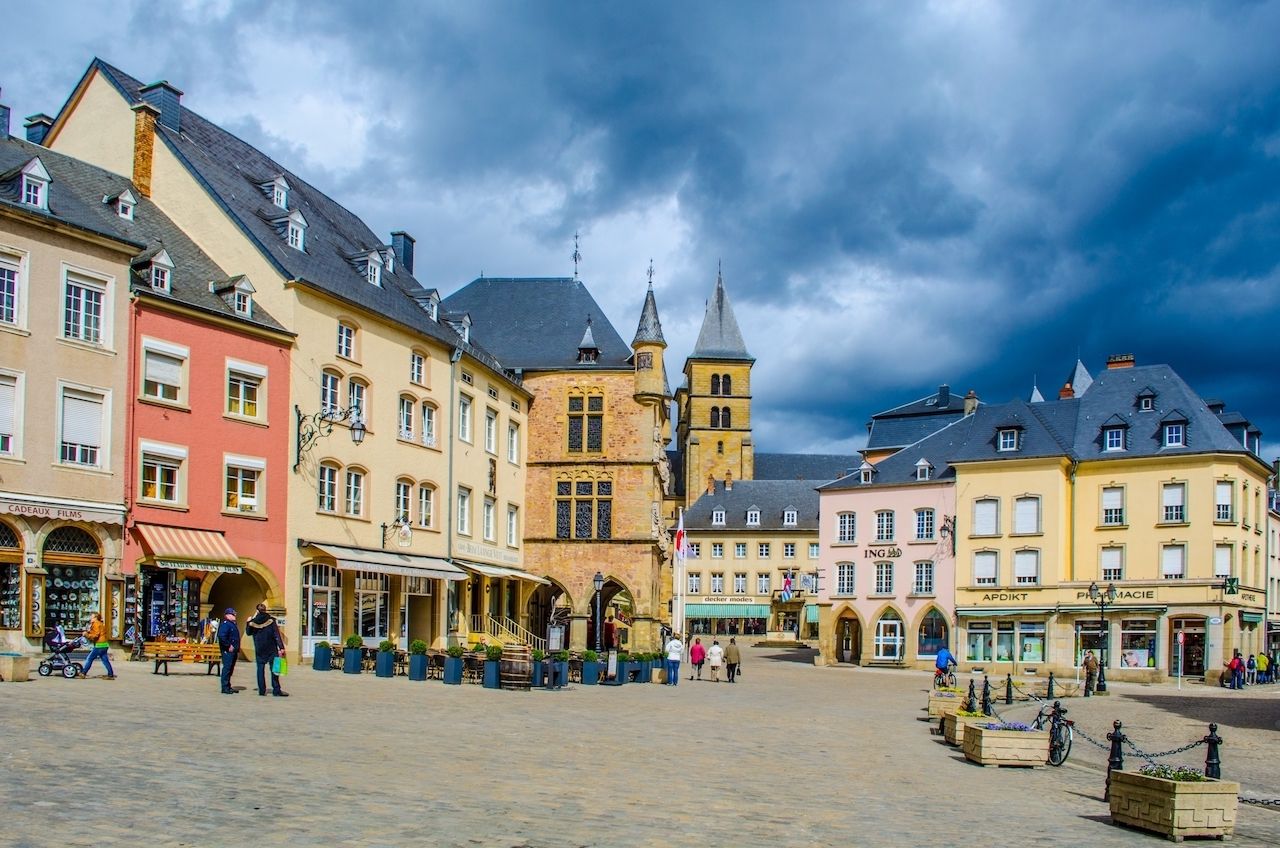 A half-hour southeast from Vianden, the town of Echternach sits on the banks of the Sûre River, right on the border of Germany. Saying Germany is just a stone’s throw away would be an overstatement, as a three-minute walk across the bridge will bring you to the German town of Echternacherbrück. But crossing the border won’t be necessary. There’s plenty to do in Echternach, like exploring the seventh-century abbey, wandering the old town square, or sitting at the patios of the many bars, restaurants, and cafes. And if you’re eager to explore Luxembourg’s wilderness, Echternach is the ideal gateway to the Mullerthal Trail. 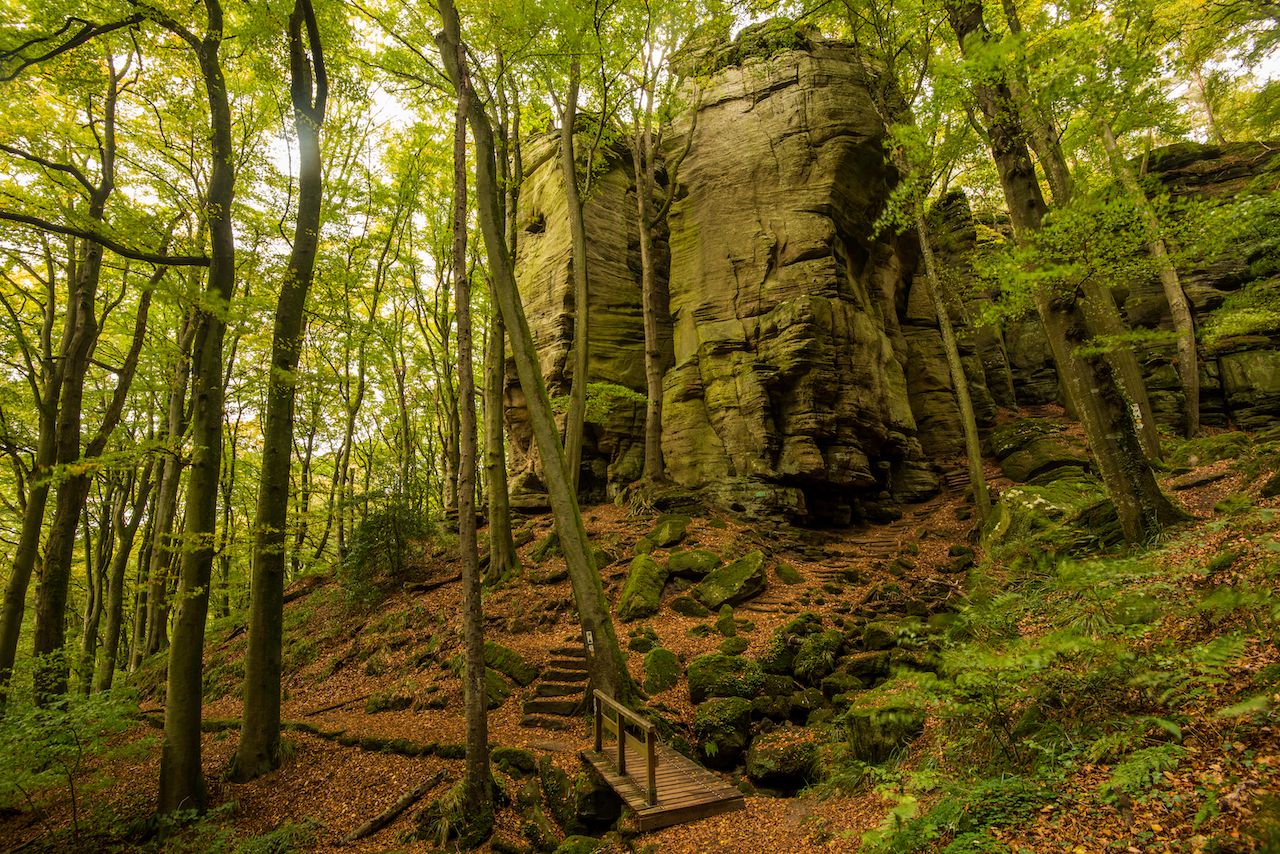 The 70-mile Mullerthal Trail is home to some of the best hiking and cycling in Europe and consists of three big loops. The first loop begins in Echternach, and will bring you west toward Rosport along the Sûre River. You will be walking through a green forest and passing alongside some epic-looking rock formations. The trail loops around through Moersdorf and the forest of Herborn before ending back in Echternach. 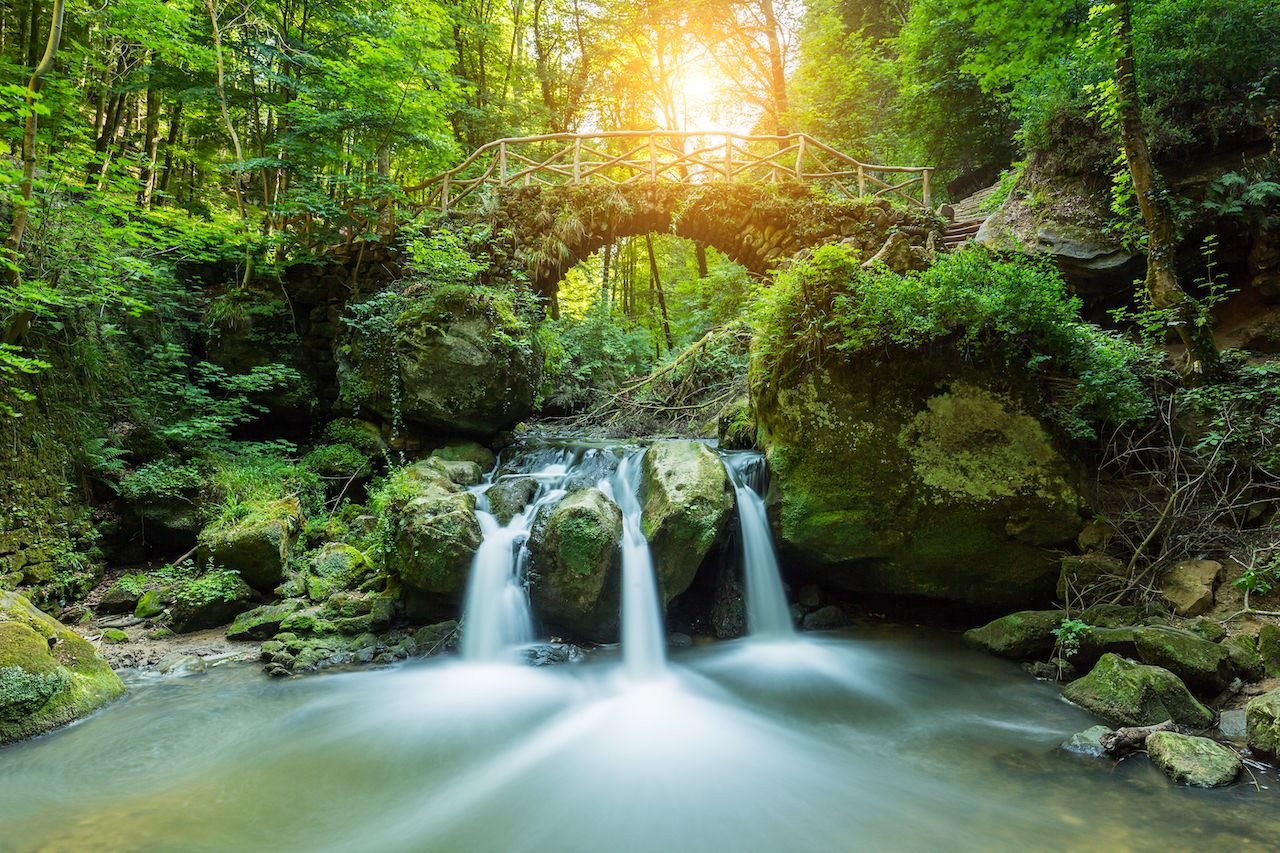 Loop Two, which also begins in Echternach, follows the woods east instead of west. It’s notable for Wolfsschlucht — a dramatic canyon lined with massive moss-covered rock formations. Perekop Rock, past the canyon, is one of the most imposing rock formations you will see on the entire trail, and just beyond that is Huel Lee cave, where you can choose to sleep if you don’t mind roughing it. You’ll pass through the village of Berdorf, Mullerthal, and Consdorf before returning to Echternach, but not before seeing the Schiessentümpel cascade or Kuelscheier crevice. If you’ve hiked up an appetite, keep an eye out for Brasserie Heringer Millen, a local mill in Mullerthal that has been converted into a restaurant. 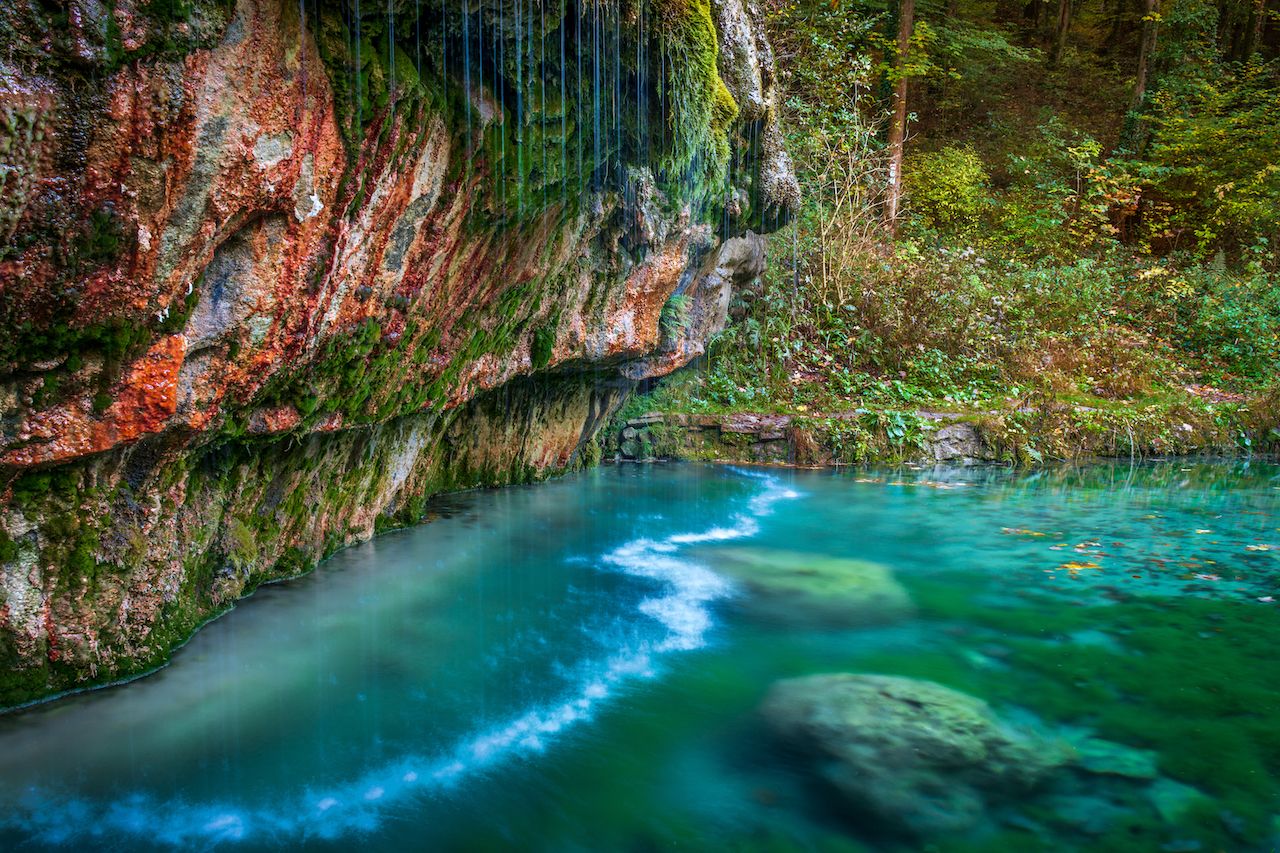 The third loop can begin in a few different places, but the town of Mullerthal is probably the easiest. It will take you from Mullerthal along the Black Ernz river, through the valley of Halerbaach, and to Beaufort Castle. The castle is famous for producing black currant liqueur, and you’re highly encouraged to make a pitstop there to sample it. If you haven’t had enough castles on this trip yet, you can also spend some time in the town of Larochette, which sits in the shadow of a 12th-century castle. Loop Three will also bring you past the Scheissendëmpel cascade, as well as a cavernous pool of water called Kallektuffquell. From the cascade, it’s just one mile back to the town of Mullerthal. 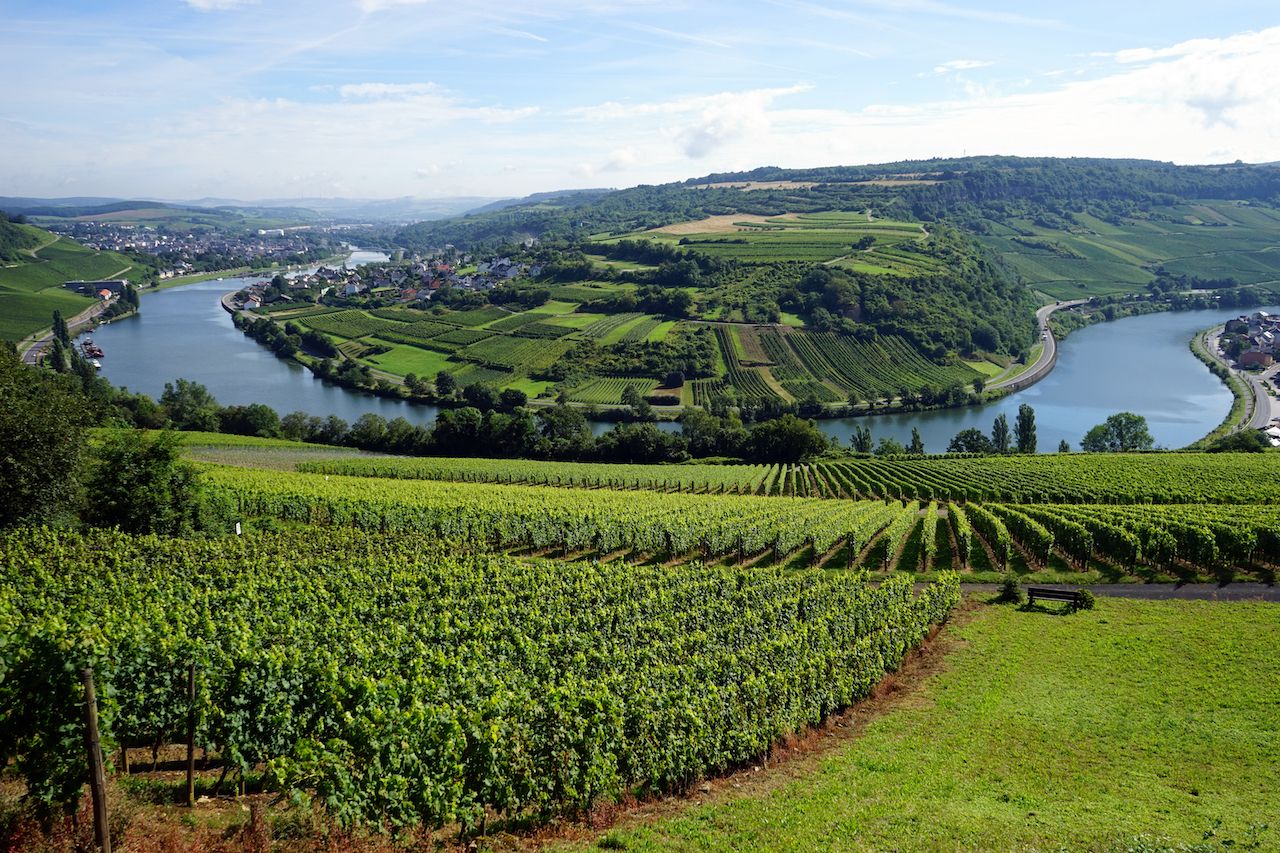 Luxembourg’s Moselle Valley in the south can hold its own with the great wine regions of Europe, producing Riesling, Pinot Gris, Chardonnay, Pinot Noir, and others. To really drink like a Luxembourger, though, you need to try Crémant — the unofficial wine of Luxembourg. This sparkling wine can be found all over the country, and is Luxembourgers’ drink of choice for many occasions, from happy hour to aperitifs. 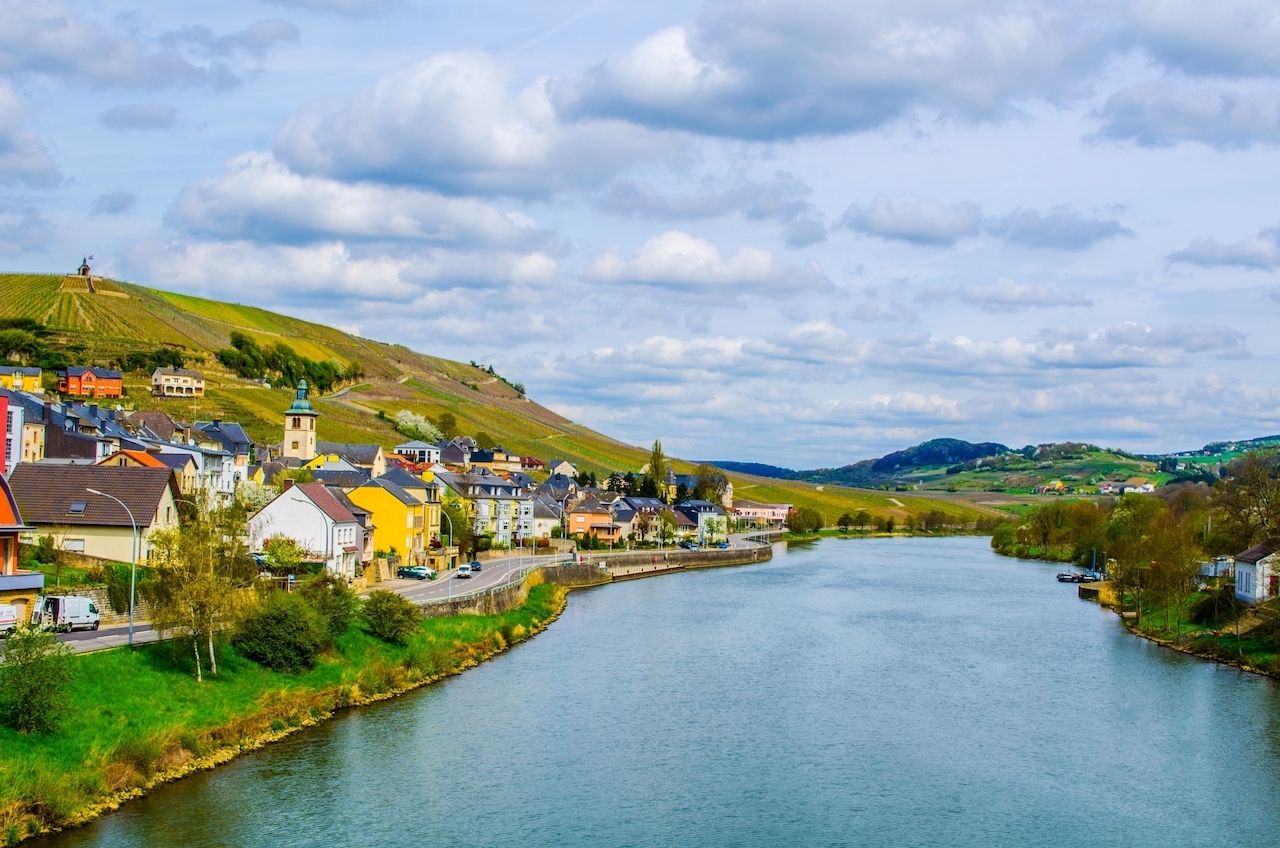 For a truly authentic Luxembourg wine experience, visit the Kox winery in Remich. This family owned operation has been producing Luxembourgish wines since the 1970s, and continues to offer tours and tastings. After you’ve stocked up on wine, carve out some time to stroll along the tree-covered promenades of Remich, where you can enjoy your new libations in a serene and picturesque atmosphere. 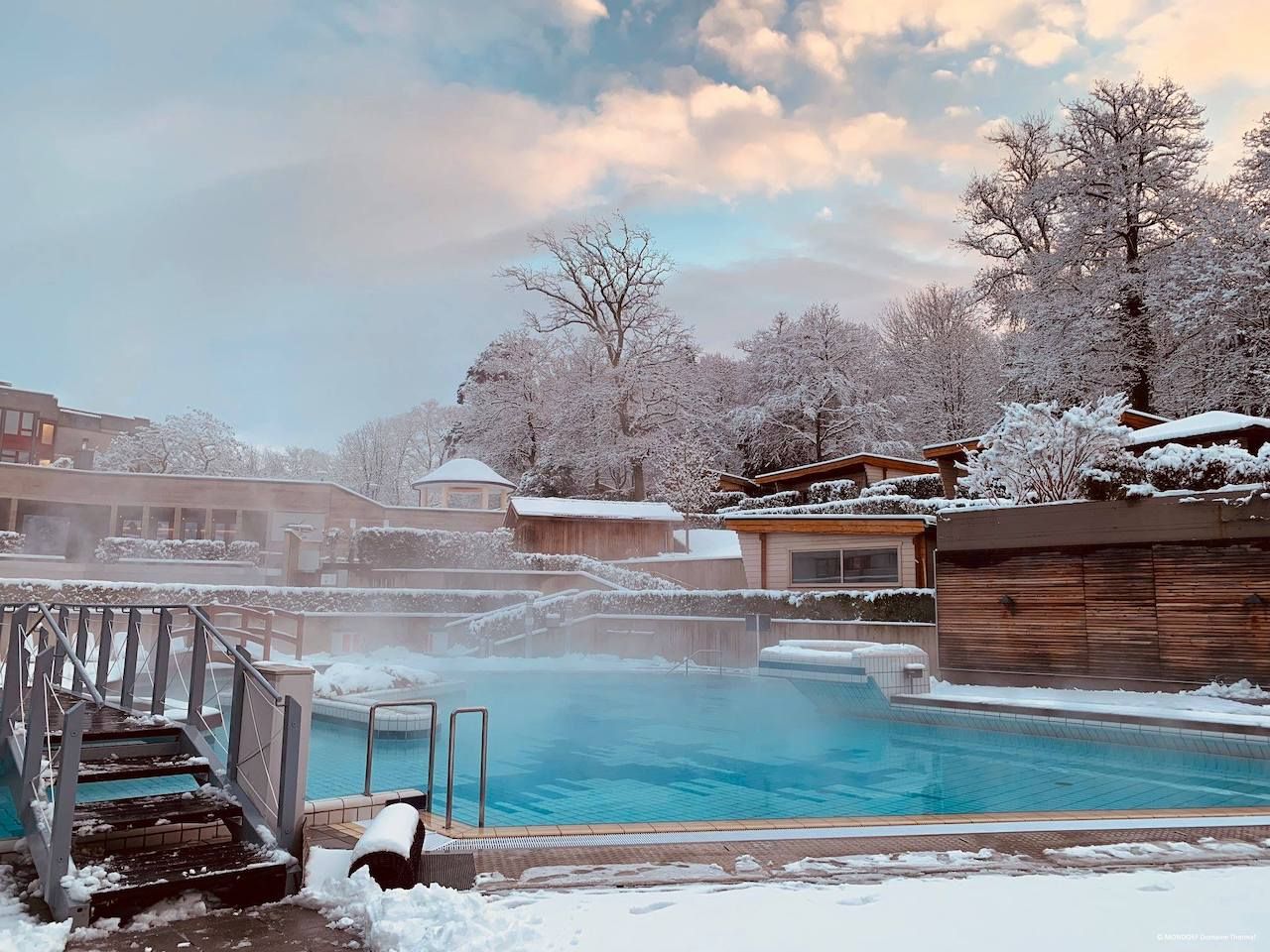 And if you need to rest after a stressful day of wine tasting, the Mondorf Parc Hotel is just 10 minutes from Remich. This hotel is the region’s premier spa, and while it might not look anything like England’s Thermae Bath Spa or Budapest’s fancy thermal spas, it does offer a full suite of massage services. There’s also an outdoor spa complex with pools of varying temperatures, and many saunas and steam rooms. If you’re looking for the perfect way to cap off your Luxembourg trip, a spa night certainly isn’t the worst option.

HikingLuxembourg’s Mullerthal Trail Is the Most Underrated Hike in Europe
Tagged
Travel Trip Planning Luxembourg
What did you think of this story?
Meh
Good
Awesome

Luxembourg’s Mullerthal Trail Is the Most Underrated Hike in Europe

11 Side Effects of Living in Luxembourg