You’re tired of lame corn mazes, and as amazing as Hocus Pocus is, the billionth rewatch is starting to feel a little stale. This Halloween, instead of twiddling your thumbs until the trick-or-treaters arrive, get out and seek the supernatural by visiting these spooky small towns. From drinking with ghosts in Niagara Falls to booking a room at a haunted plantation in Louisiana, here are the most frightening things to do this Halloween in the creepiest towns in the US. 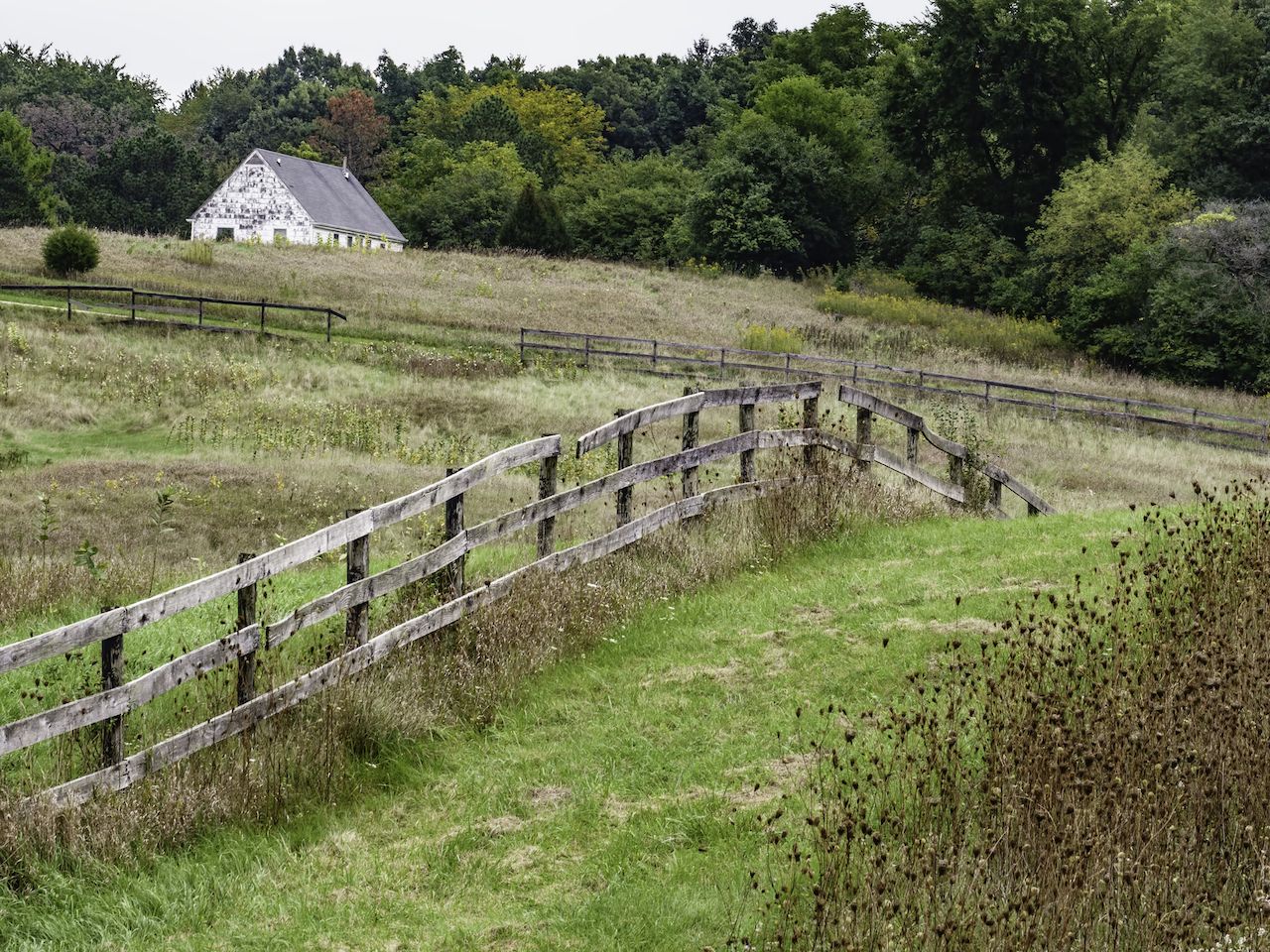 Overshadowed by nearby Alton, which is often regarded as the most haunted small town in the US, Barrington is an ideal destination for paranormal fans looking to get off the beaten path. Located a little more than 30 miles northwest of Chicago, this little slice of suburbia is sure to get your heart pumping once the sun goes down. Once you’re there, drive out to Cuba Road where residents have reported mysterious white orbs floating among the tombstones and metal gates of the old cemetery. Keep a close eye on those gates as you might see a black car exiting the cemetery only to vanish a few blocks down the road.

From the cemetery, drive to the haunted silo on Shoe Factory Road. The site of many unsettling happenings, the silo is said to be haunted by a man who was hanged inside. And just to give you further chills, visit the old stone schoolhouse on the same road, which was reported to be abandoned after a child killed his parents in the residence. It’s said that the ghost of the child often appears sitting on the front steps with a knife. You might want to stay in your car during this drive-through tour. 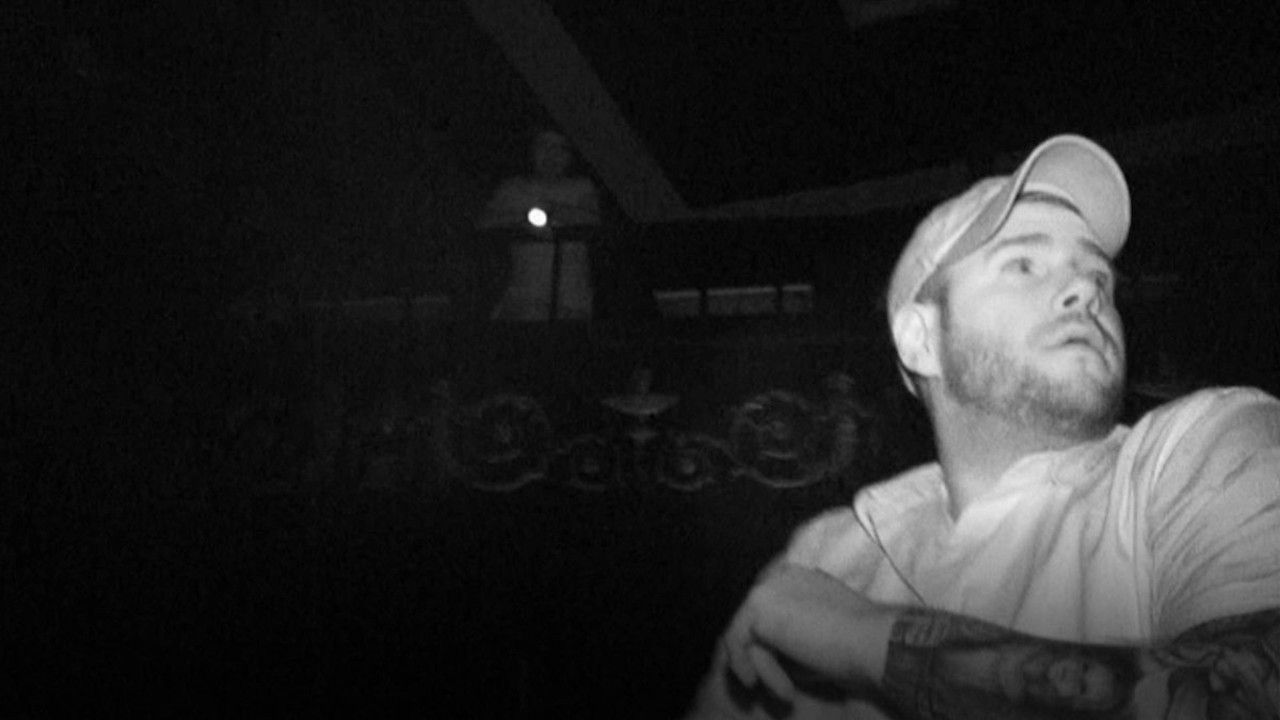 Upstate New York has more than a few spooky spots, but Rapids Theatre ranks high among the state’s most haunted buildings. Now in use as a popular concert venue, Rapids Theatre appeared on an episode of Ghost Hunters. Common reports of supernatural activity include the sound of a glass bottle being kicked across the floor and the disembodied voice of a woman coming from the air ducts. If you decide to get a drink, be mindful of the shadowy figure that likes to hang out by the bar and sometimes walks across the stage. The theater regularly gives its spectral performers the spotlight and hosts public ghost hunts. 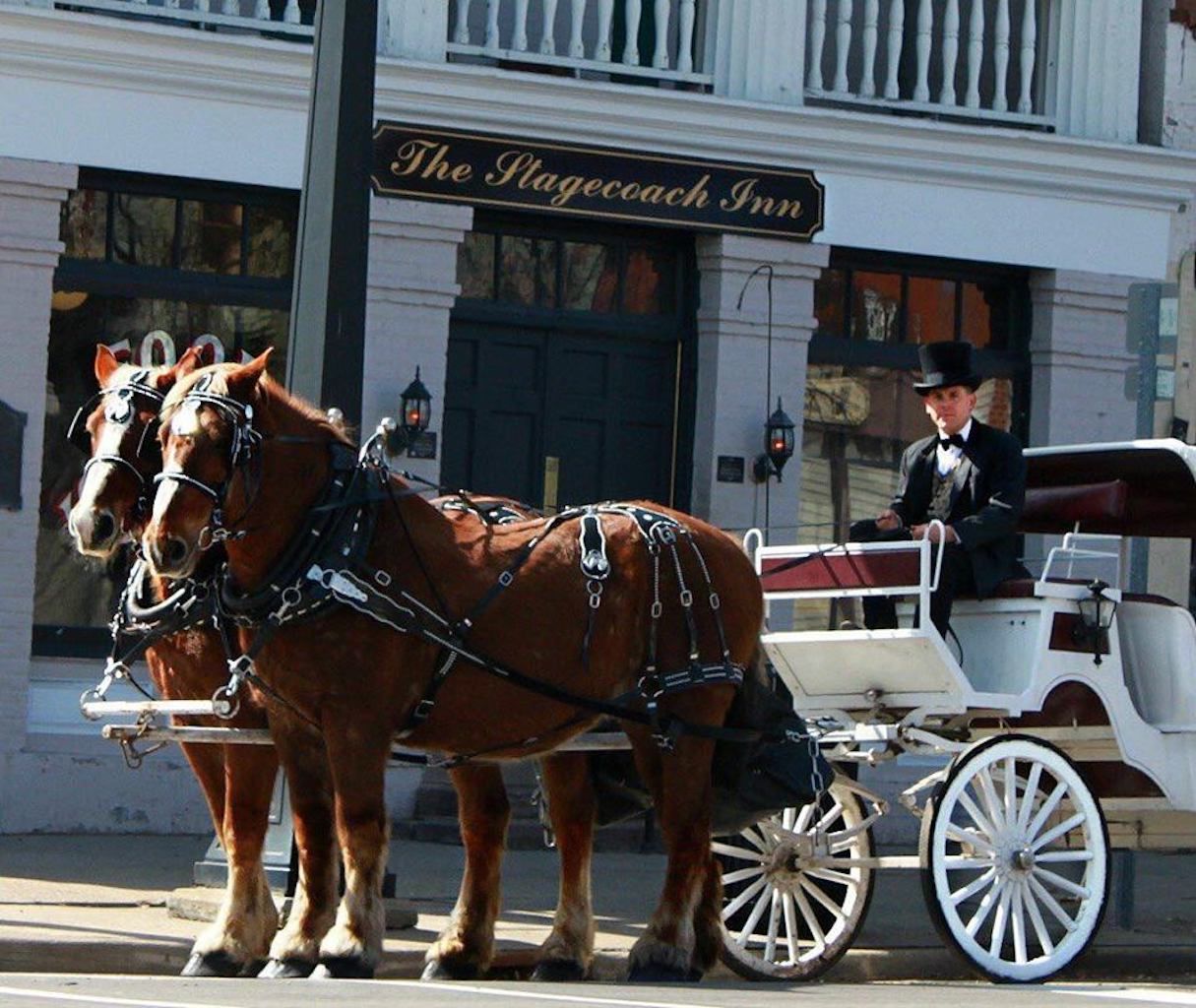 Marshall has taken creepy ghost tours to the next level with its horse-drawn hearse wagon tour. You and 14 of your fellow twisted friends can reserve the Marshall Carriage Company for a spine-chilling tour of the town’s historic district and cemetery. You’ll cruise past an eerie hilltop house where former residents dabbled in the occult and the National House Inn, where guests and staff have said to have seen an apparition of a woman dressed in red walking the halls. If you haven’t scared your appetite away, grab a bite at Schuler’s. If you catch a whiff of cigar smoke, that will be the restaurant’s long-dead founder saying hello. 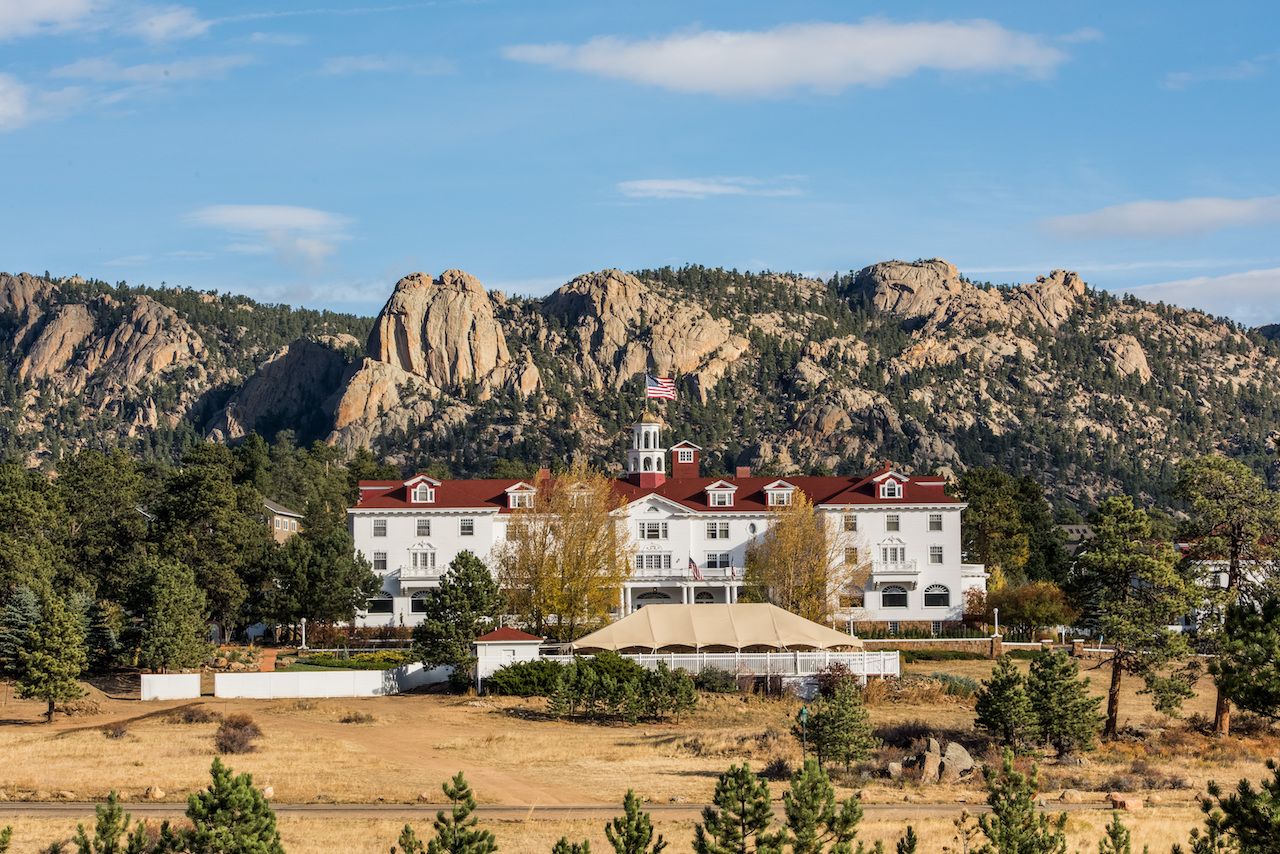 The infamous Stanley Hotel inspired Stephen King’s The Shining, and not only can you tour the hotel, but you can also stay the night. Just don’t take an ax to any of the bathroom doors. Only 90 minutes north of Denver, the 100-plus-year-old hotel had paranormal connections long before Hollywood got its hands on it. Rooms 217, 401, and 407 receive the most complaints from guests and are believed to be haunted. In the time since Jack Nicholson graced the legendary grounds overlooking Rocky Mountain National Park, the hotel has embraced its stardom and even hosts the popular Shining Ball among other Halloween festivities. You can also take part in the Night Ghost Tour year-round. 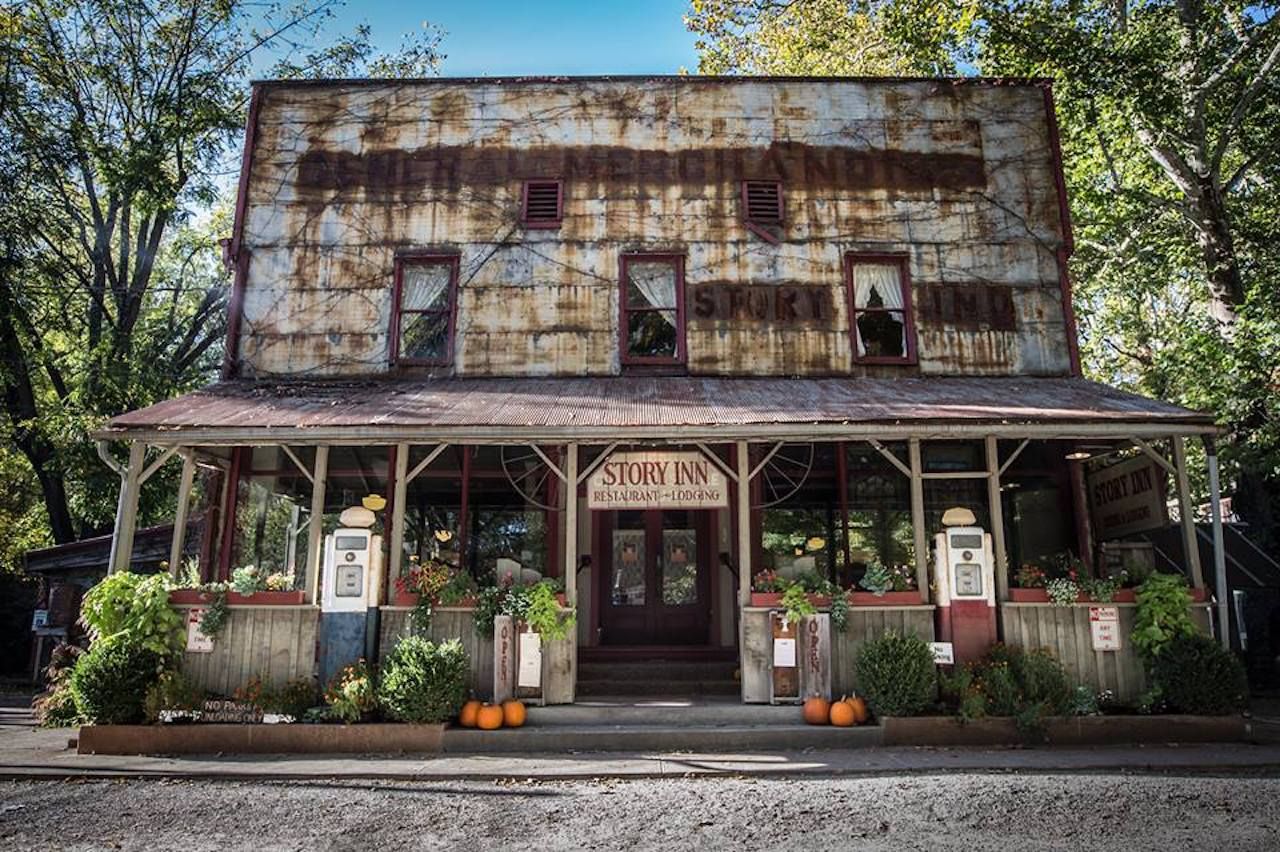 Drive 20 miles west of Nashville and straight into Indiana’s backcountry to get to the only building still standing in what was once a small mining town called Story. The Story Inn, which sits at the edge of Brown County State Park, has been “one inconvenient location since 1851” according to the B&B’s tagline, but the inn’s ghosts don’t seem to mind the locale. The establishment’s star spirit is the Blue Lady. Believed to be the wife of original village settler Dr. George Story, she is said to appear if you turn on a blue light in one of the rooms. You’ll know she’s been there if you find a random blue object or smell cherry tobacco. If you visit, talk to the owner and ask to read through the many guest books, which are packed with terrifying stories of paranormal encounters. 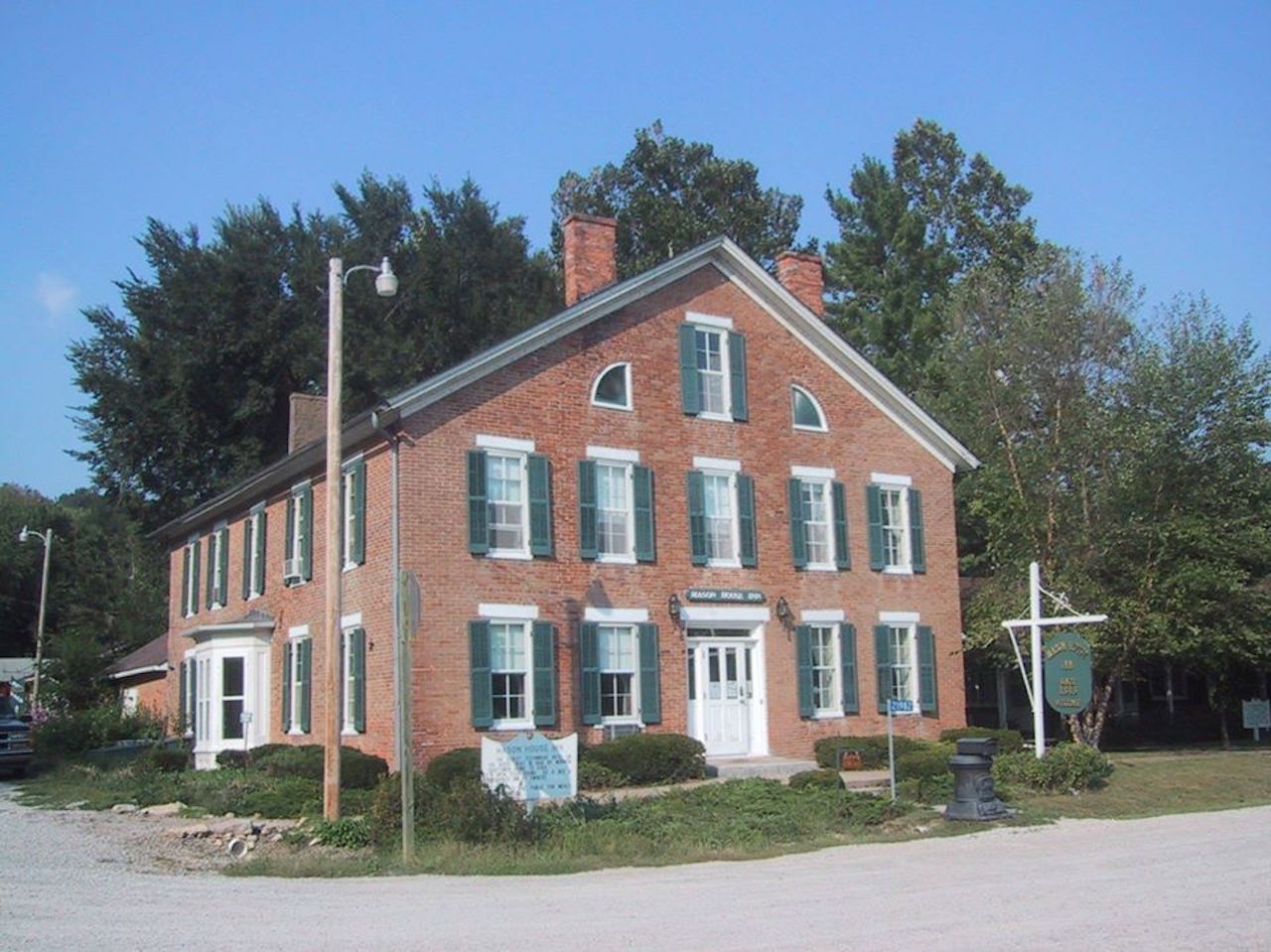 Once a thriving port on the Des Moines River, Bentonsport looks much like it did during the 1840s. By day, stroll through downtown and enjoy the charming historic buildings. By night, if you don’t scare too easily, reserve a room at one of the most haunted places in the US: the Mason House Inn. Over the course of the inn’s 175-year history, three owners have died there, and one guest was murdered. The inn served as a hospital during the Civil War, so there’s no shortage of ghosts. According to owner Joy Hanson, at least five spirits occupy the inn: Harold, Amanda, Curtis, Josephine, and Mary. 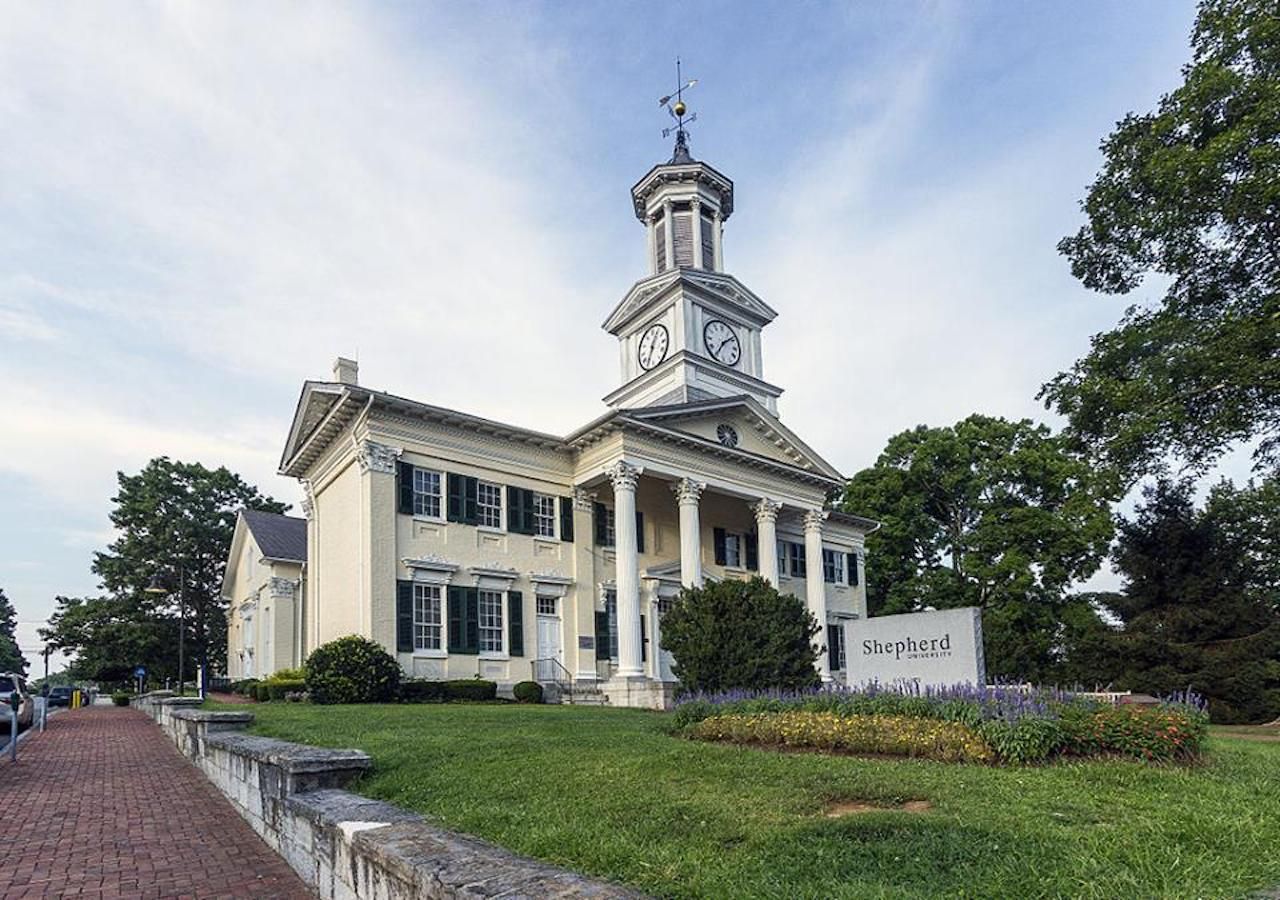 Thirty years older than the US itself, Shepherdstown has been working on its reputation as one of the creepiest towns in America for a long time. Start at the Historic Shepherdstown Museum, formerly the Entler Hotel, which was a gambling hub in the 1800s. You might hear the cries of a young man who died there from wounds he sustained in a duel over a card game. Next, head to McMurran Hall on the campus of Shepherd University. During the Civil War, it served as a hospital, and people have reported seeing shadowy figures peeking out from behind the building’s shutters. After the bloody Battle of Antietam, the present-day home of the Shepherdstown Sweet Shop Bakery was also used as a hospital. It has been said that the original proprietor, who has been dubbed The Colonel, still walks through the shop, and employees have reported feeling something brush past them and often hear muffled conversations. You can learn more about these stories and other legends by taking the Shepherdstown Mystery Walks. 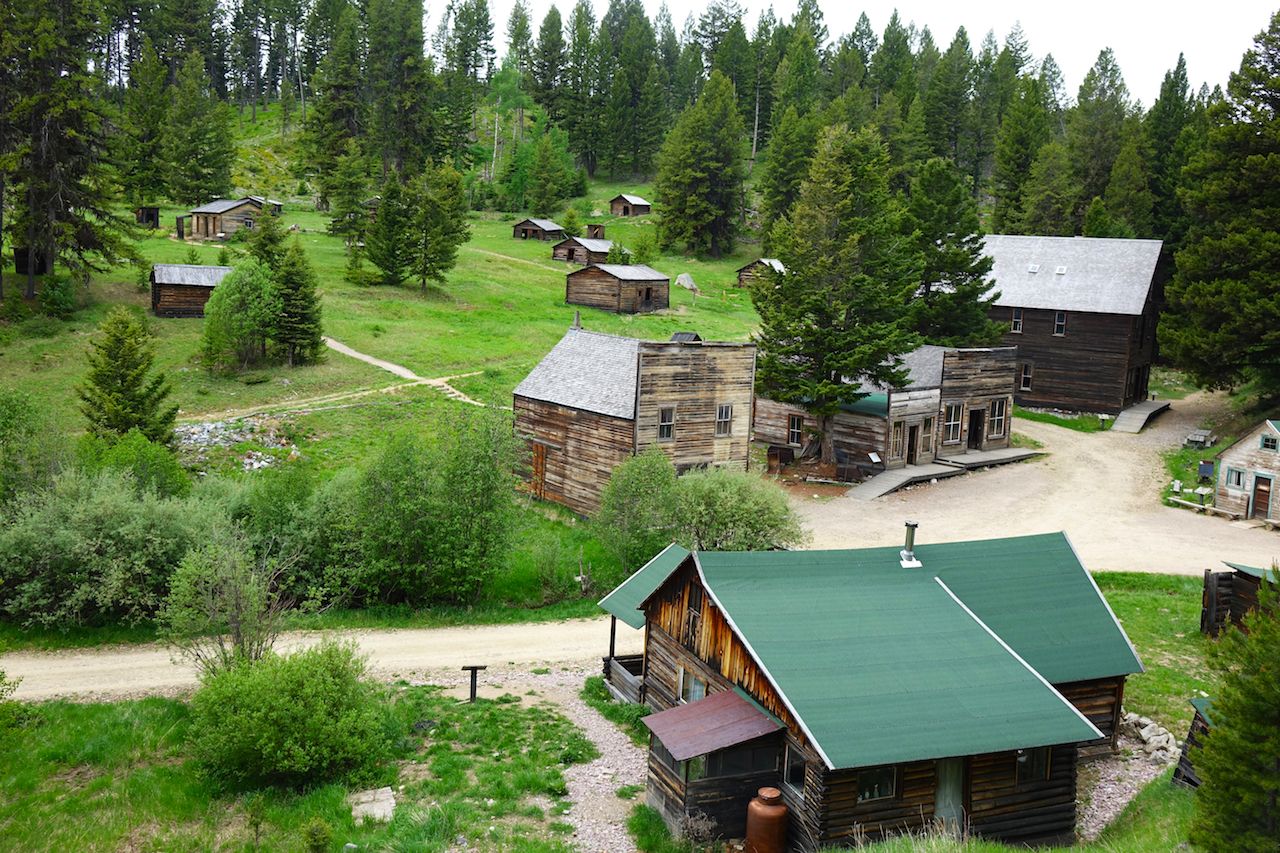 This list of haunted towns would hardly be complete without an actual ghost town. Established in the late-19th century as a gold mining town, Garnet peaked in 1898 when it was home to 1,000 residents. When the gold rush fever died down, the majority of the town’s residents left. The few that remained were forced to leave after a fire destroyed most of the town in 1912. Located in the hills of Montana, Garnet has officially been a ghost town since World War II ended. When visiting, be on the watch for the spirits of past residents. Kelly’s Saloon is thought to be particularly haunted — sounds of music and laughter have been reported to come from the saloon in the dead of winter. 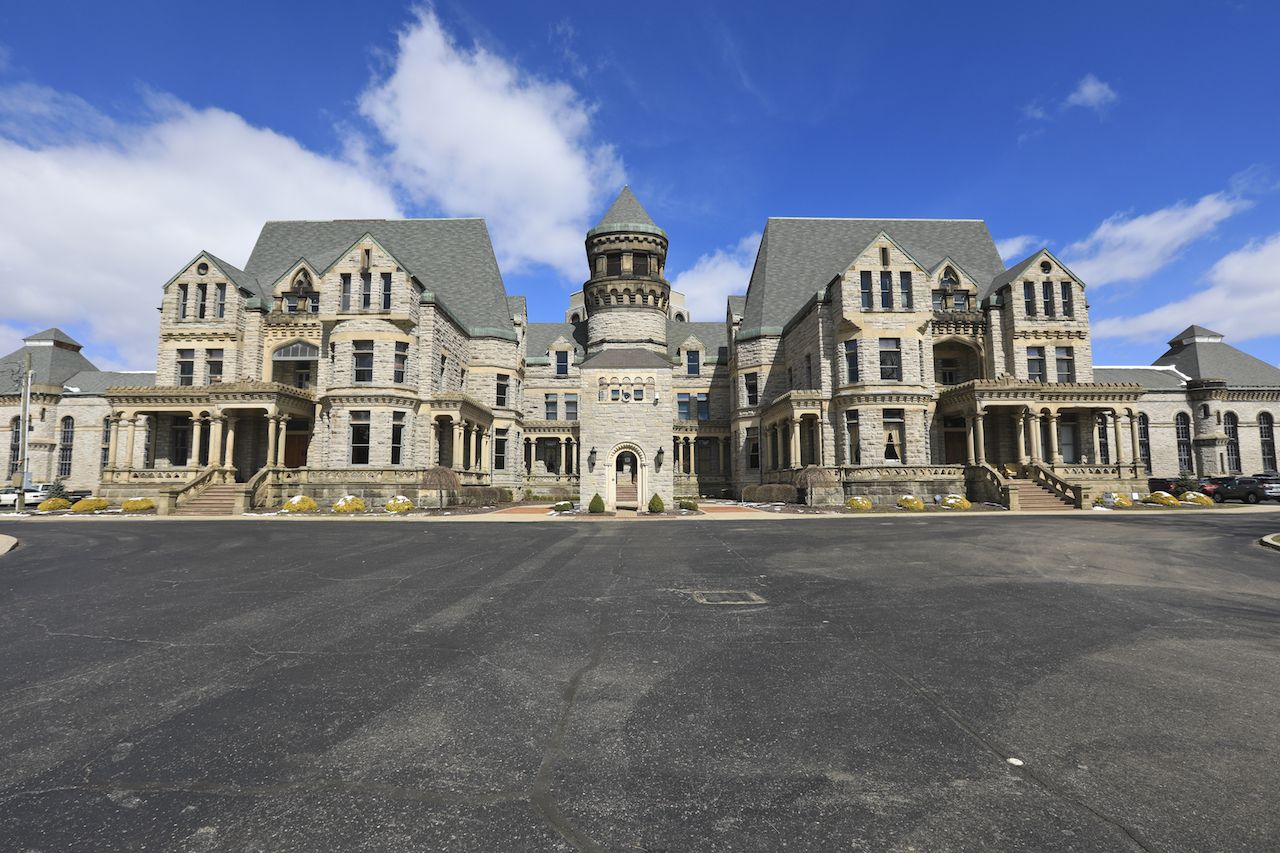 If ghosts manifest in places where they experienced pain in life, it’s no wonder that the Ohio State Reformatory is considered one of the most haunted places in the US. Closed in 1990 for brutalizing and inhumane conditions, the prison housed juveniles for nearly a century. In that time, a slew of violent incidents occurred. In 1948, a prison employee’s wife was kidnapped and murdered. A few years later, the warden’s wife was shot and killed after a gun accidentally fell on the floor. At one point, an inmate killed his cellmate and stuffed his body into a mattress. To see this horrifying place for yourself, take a tour of the crumbling remains. Other haunted places in Mansfield include the Ceely Rose House, Mount Olive Cemetery, and Cry Baby Bridge.

A version of this article was previously published on September 26, 2018, and was updated on October 25, 2021, with more information.