Matador Network is always on the lookout for the newest trends in sports and outdoor activities. In years past, we looked at sports like fat biking, coasteering, and foil surfing. This year, the sports we looked into ran the gamut from scrambling down canyons to hiking in the dead of night to an unusually named sport that gives back to the environment. Some of these sports are brand new inventions, some of them are just new to us or slowly starting to take off in the United States. Here are our favorite outdoor pursuits we tried in 2019 that you should try in 2020. 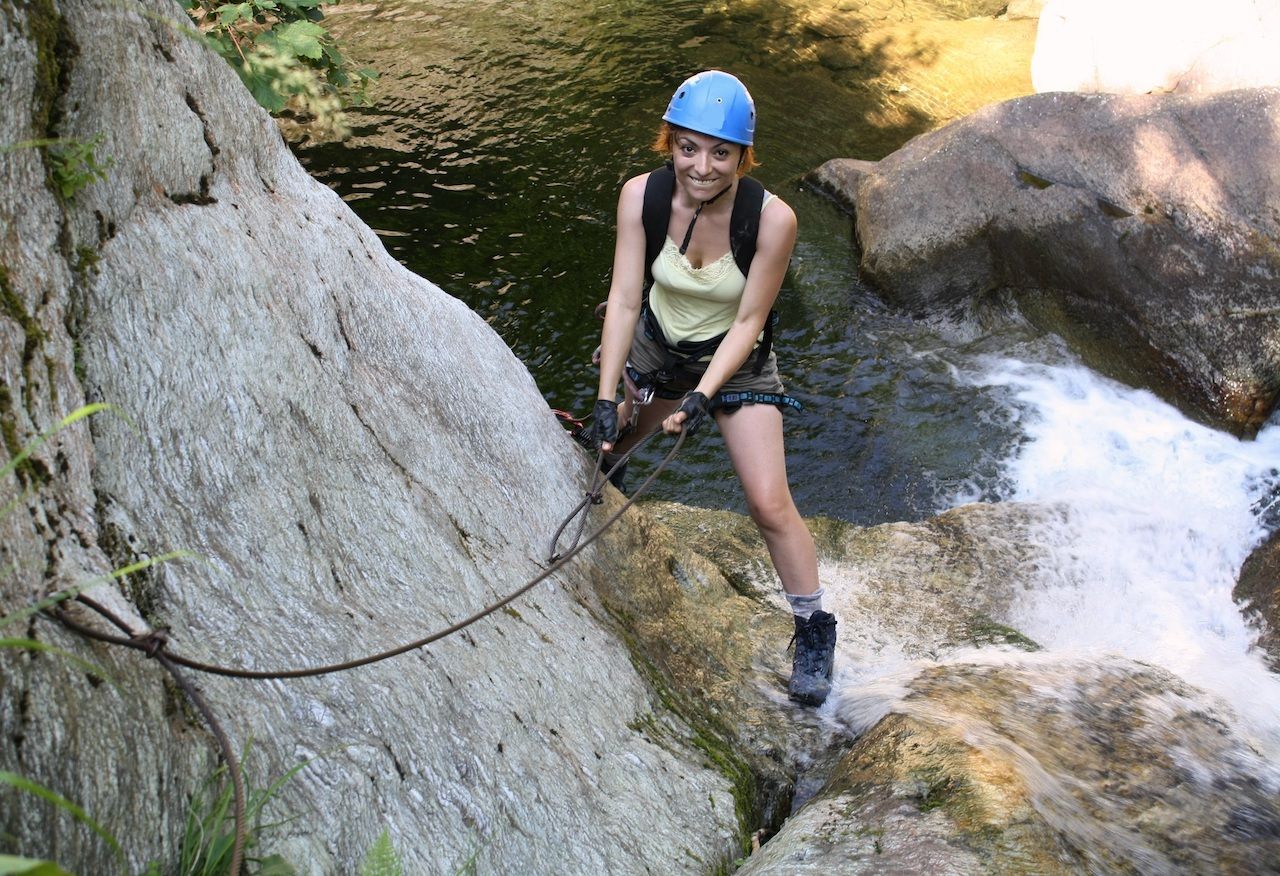 Canyoning, also called canyoneering or gorge walking, involves getting from one part of a canyon to another using a number of methods. The techniques involved can include hiking, rappelling, down-climbing, scrambling, and even, when necessary, cliff jumping or swimming. You’ll need the same gear as you use for rock climbing. If you’ll be spending a lot of time in the water, you’ll also require a wetsuit, and perhaps neoprene socks, gloves, and grippy shoes designed for the slippery environment. You can go canyoning pretty much anywhere you can find a gorge or canyon to traverse. Three places we recommend are Australia’s Blue Mountains, Costa Rica’s Arenal Volcano, and Ouray, Colorado. 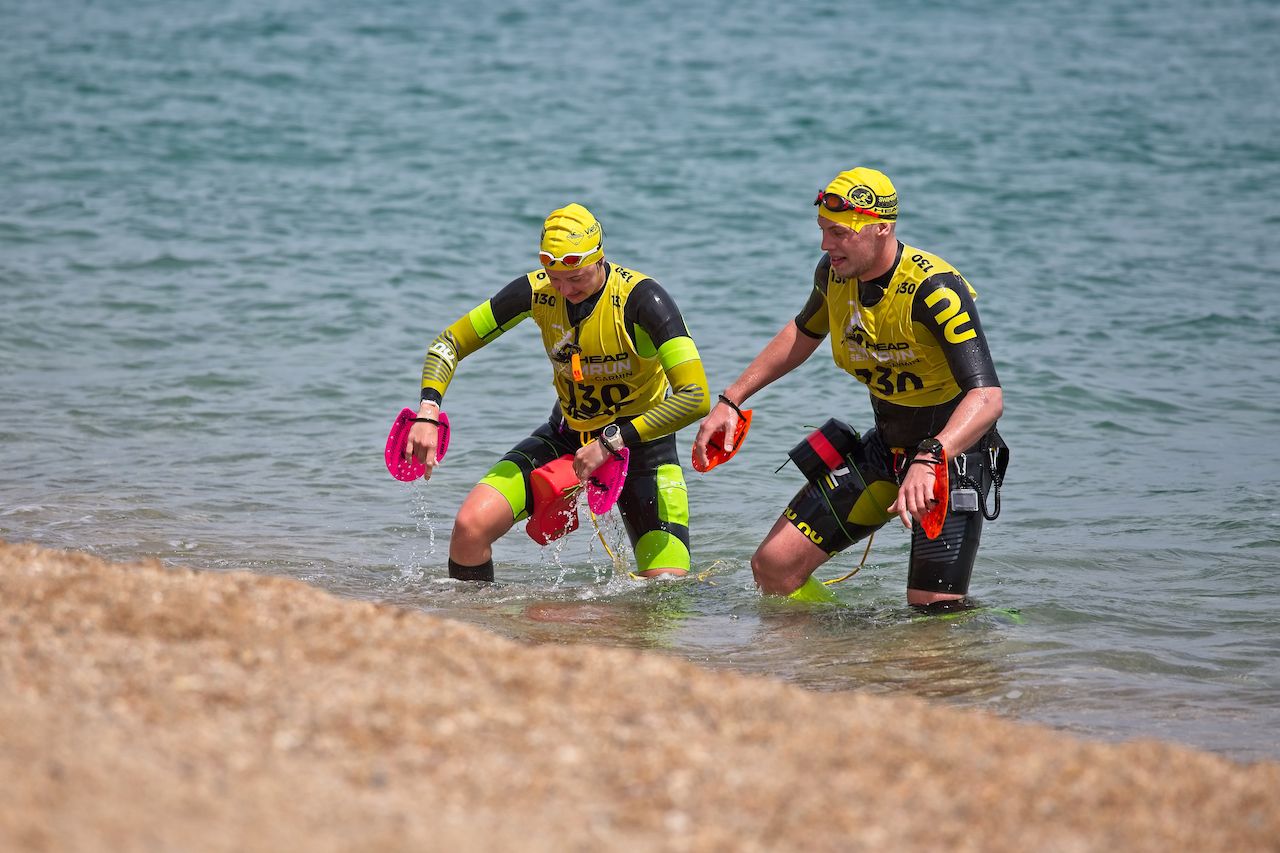 Swimruns may sound like triathlons without the cycling, but there’s a reason the words “swim” and “run” have been sandwiched together. Unlike triathlons, where you do one activity and then the other, in swimrun races you continuously switch between these two endurance sports. It’s no surprise that swimrun races originated in a place with a lot of islands: the Swedish archipelago. At a bar there, four friends challenged each other to race in two teams from one island to another 46 miles away. Today swimruns are still competed in teams of two, but most race distances are 25 miles or less. They’ve been held everywhere from Germany to New Zealand, with the first North American swimrun to take place on California’s Catalina Island this February. 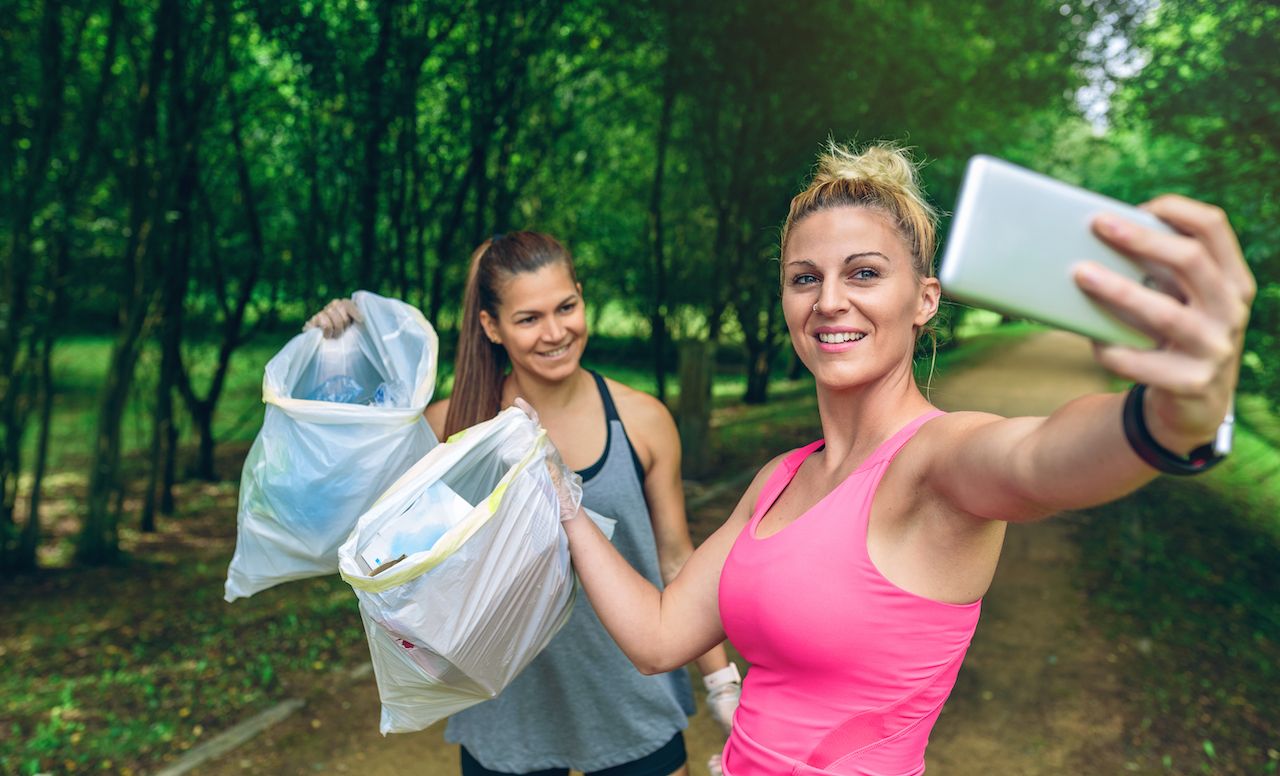 Plogging adds a new twist to the cherished pastimes of walking, hiking, and running: proactively caring for the environment. It was started by Erik Ahlstrom, a Swede who wondered why no one was picking up the litter in his country’s capital city of Stockholm. Combining the Swedish words “plocka up,” meaning “pick up,” with the word “jogging,” Ahlstrom encouraged others to bring plastic bags — and a pair of gloves — along with them on their usual excursions through town or the forest. Plogging was born, and has become a fitness craze well outside of Sweden, with its practitioners often posting about their activities to inspire others. You can now join plogging events all over Europe, North America, and even in São Paulo, Brazil, or Tokyo, Japan. 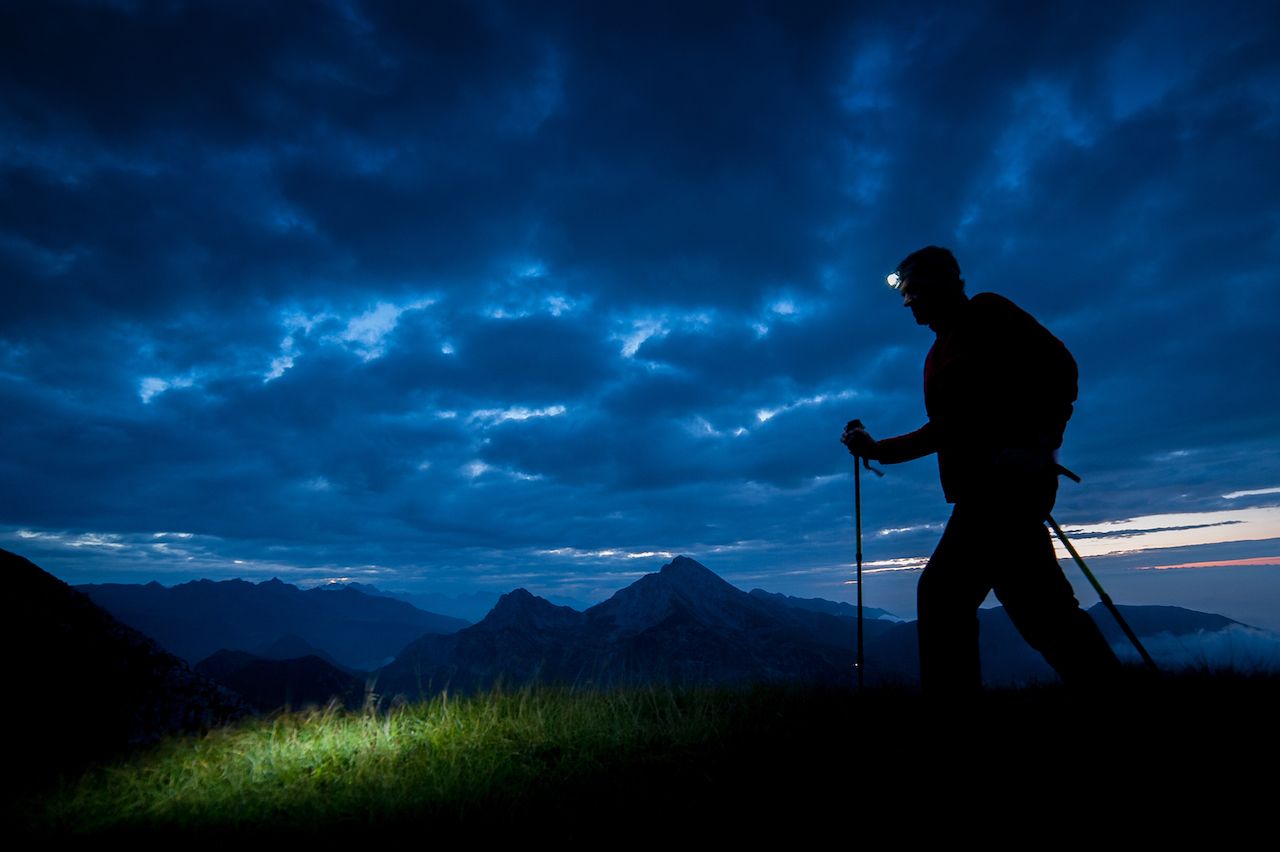 Last year we wrote about midnight running. This year we explored night hiking, which offers a lot of the same benefits as night running. Whereas in midnight running, you might get city streets to yourself, in night hiking you don’t have to share well-worn trails with dozens of other hikers. Night hiking allows you to fit healthy time outdoors into your busy schedule, and gives you a new perspective on paths that you may have trod many times. We don’t get to spend enough time admiring the night sky, and that’s another bonus of time on the trails after dark. Confronting your fears and trekking at night can be an empowering experience, too. Just be sure to always hike with a buddy, let others know of your plans, wear a headlamp, dress warmly, and wear sturdy hiking shoes. 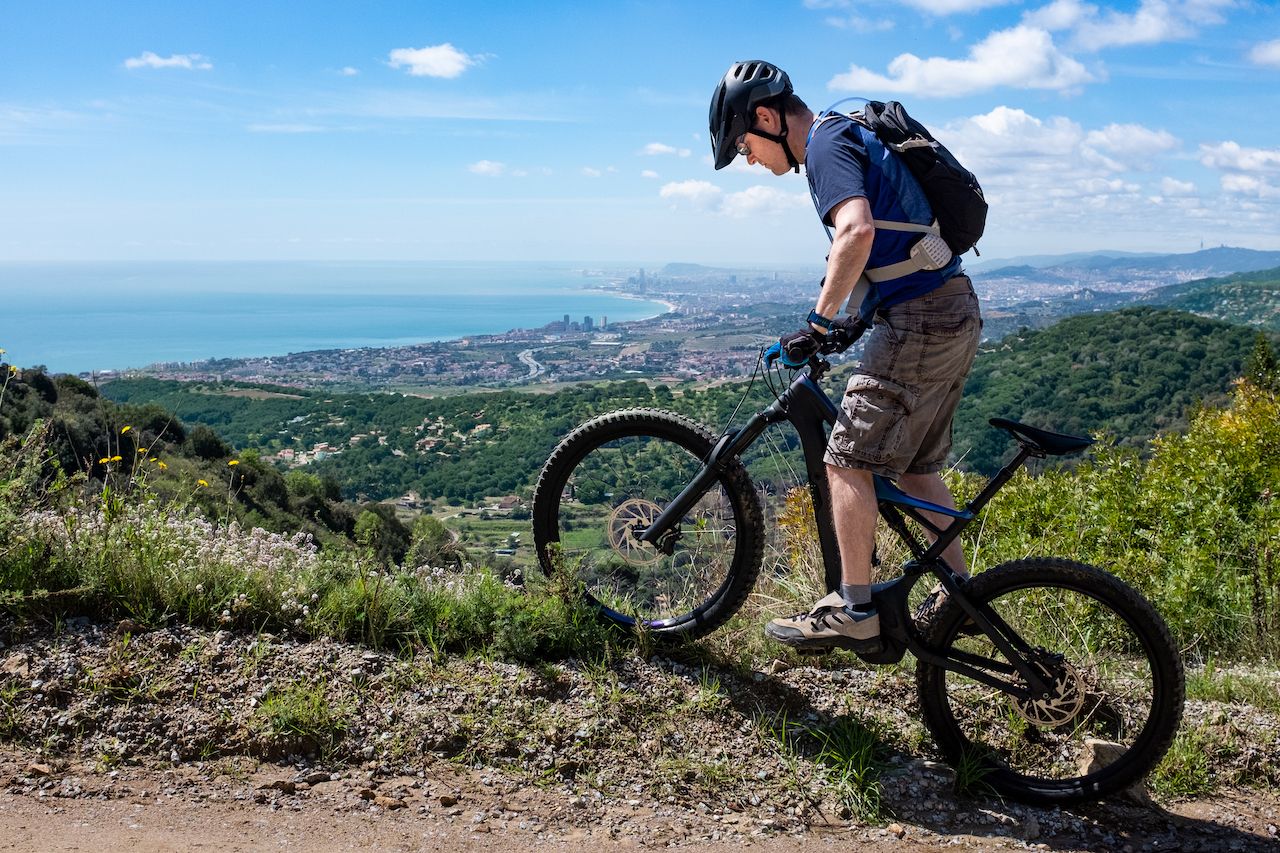 E-bikes have exploded on urban streets, so it’s no surprise that electric motors have been added to mountain bikes as well. We looked at the controversy surrounding this new trend, since some say mountain biking should be about exercise and motorized vehicles don’t belong in wilderness areas. The International Mountain Biking Association has now accepted Class 1 mountain bikes, where top speed is capped at 20 mph, and in August the US Department of the Interior stated that electric mountain bikes allow more people to access public lands. Don’t forget that in summer, many ski resorts open chairlifts to mountain bikers, which is to say that a little bit of motorized assistance doesn’t mean you aren’t getting a workout. In fact, if electric mountain bikes can get more people out of their cars and into the outdoors, we’re all for them. 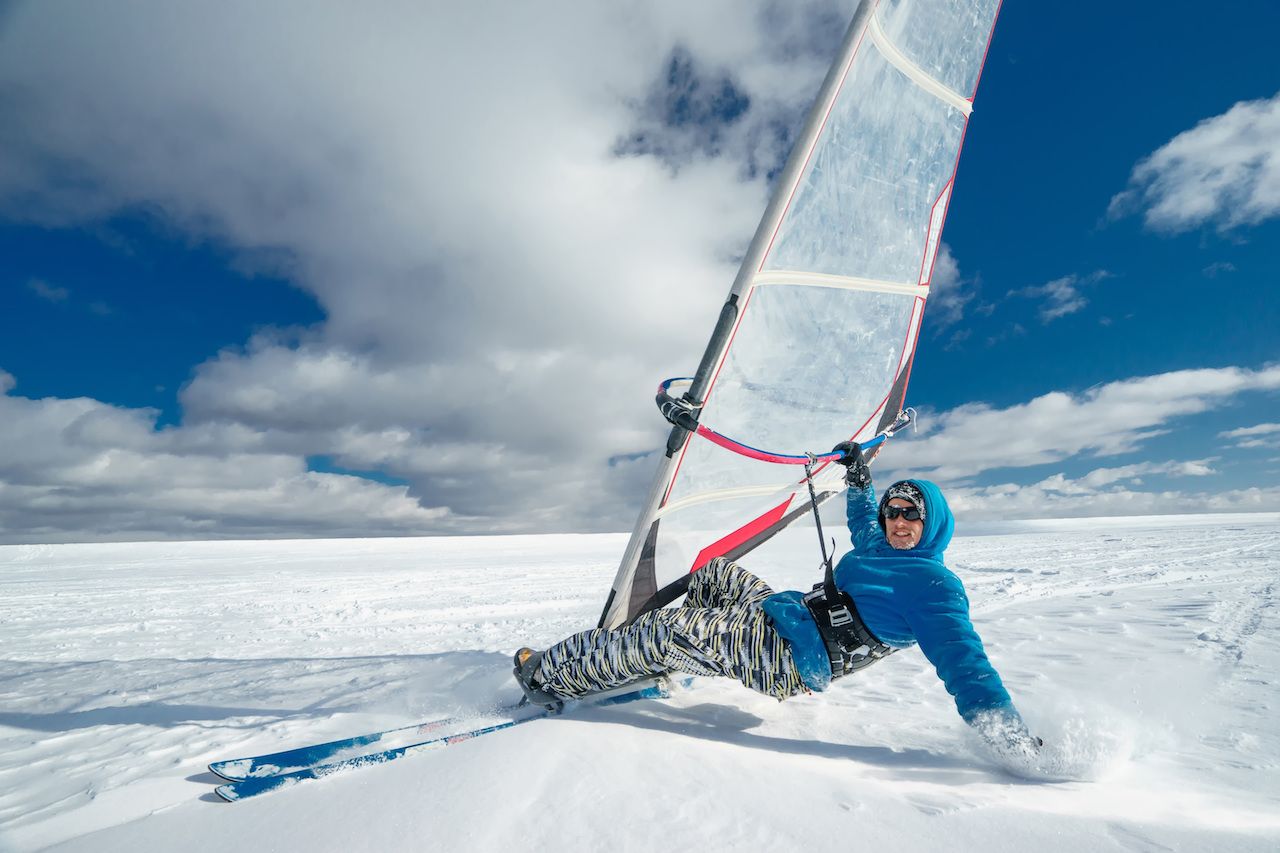 We also looked into water sports you can do after the temperature drops below freezing. It turns out there are a lot of them, if you have the fortitude. Ice boating looks like sailing, but the boats are actually on blades skimming over the ice. In much the same way, ice surfing is similar to wind surfing but the ice surfers actually sail across frozen surfaces on long, thin ski-like boards. Snow kayaking is as crazy as it sounds: paddling a kayak across the snow, usually in a downhill direction, and sometimes ending up in a frigid body of water. You can also go ice swimming or ice fishing, both of which we’ve written on before, and even scuba dive under the ice. 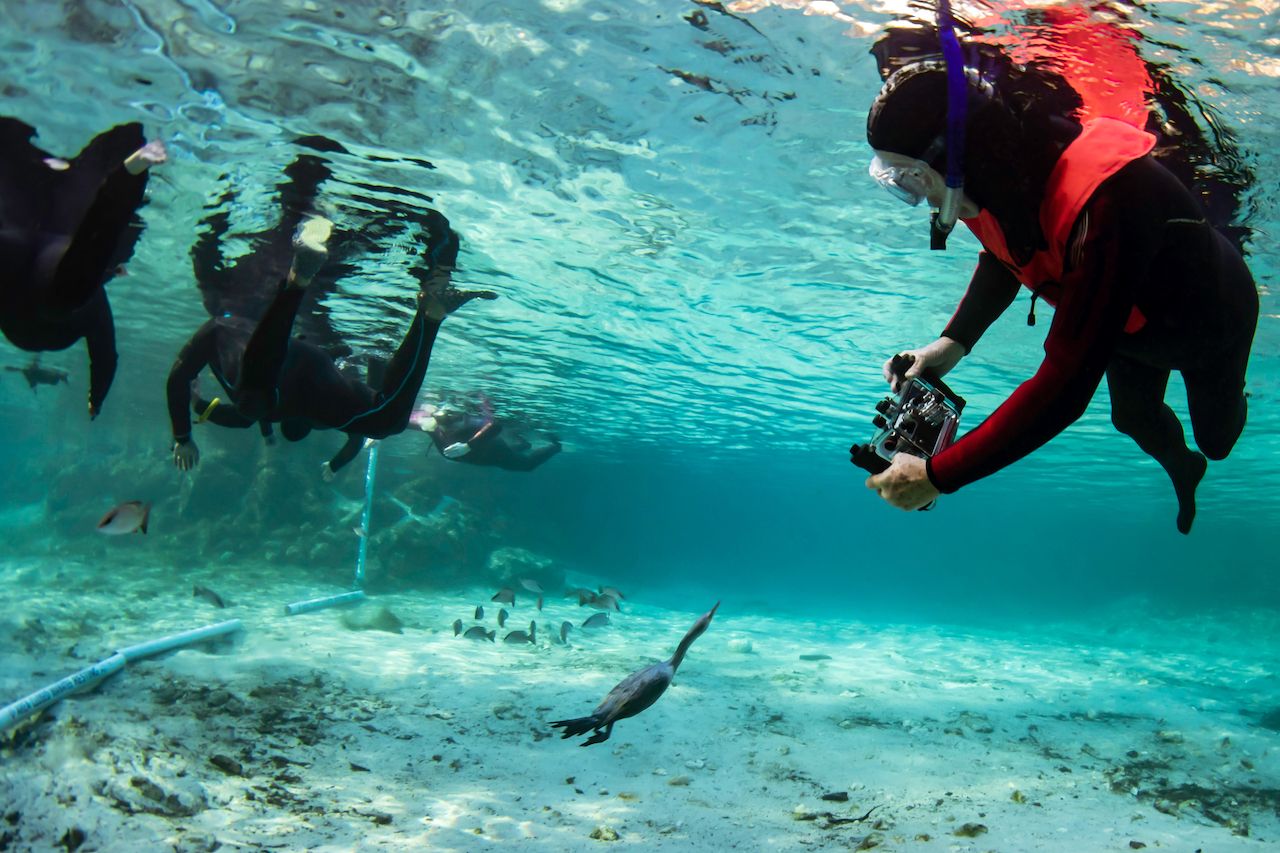 Snorkeling usually seems the purview of beach and islands located on the ocean. But in Bonito, Brazil, throughout the waterways south of the Amazon region, you’ll find some of the cleanest, clearest water in South America. Add pale sand bottoms, and you are in for a fantastic snorkeling experience rich in underwater plants and animals. We looked at freshwater snorkeling just in Brazil, but it’s a great thing to do in Florida, Australia, and plenty of other spots — and you can expect to read more about it from us in the coming year.

OutdoorNew sports we tried this year and loved
Tagged
Outdoor Extreme Sports
What did you think of this story?
Meh
Good
Awesome

Watch: England’s youngest Olympian ever has a chance to win skateboarding gold

The most epic winter adventure weekend near Salt Lake City

Carveboards feel like surfing or snowboarding on land, and they’re in short supply this year