Classic destinations like Barcelona, Tokyo, and NYC rack up huge numbers of visitors every year — and show no signs of stopping. While those cities no doubt deserve spots near the top of your travel bucket list, sometimes it’s the underdog that really takes your breath away, particularly if that means getting somewhere special before the masses. From way up north in Finland to the American South, here are 10 surprising destinations we loved in 2018 and will continue to rave about in the new year. 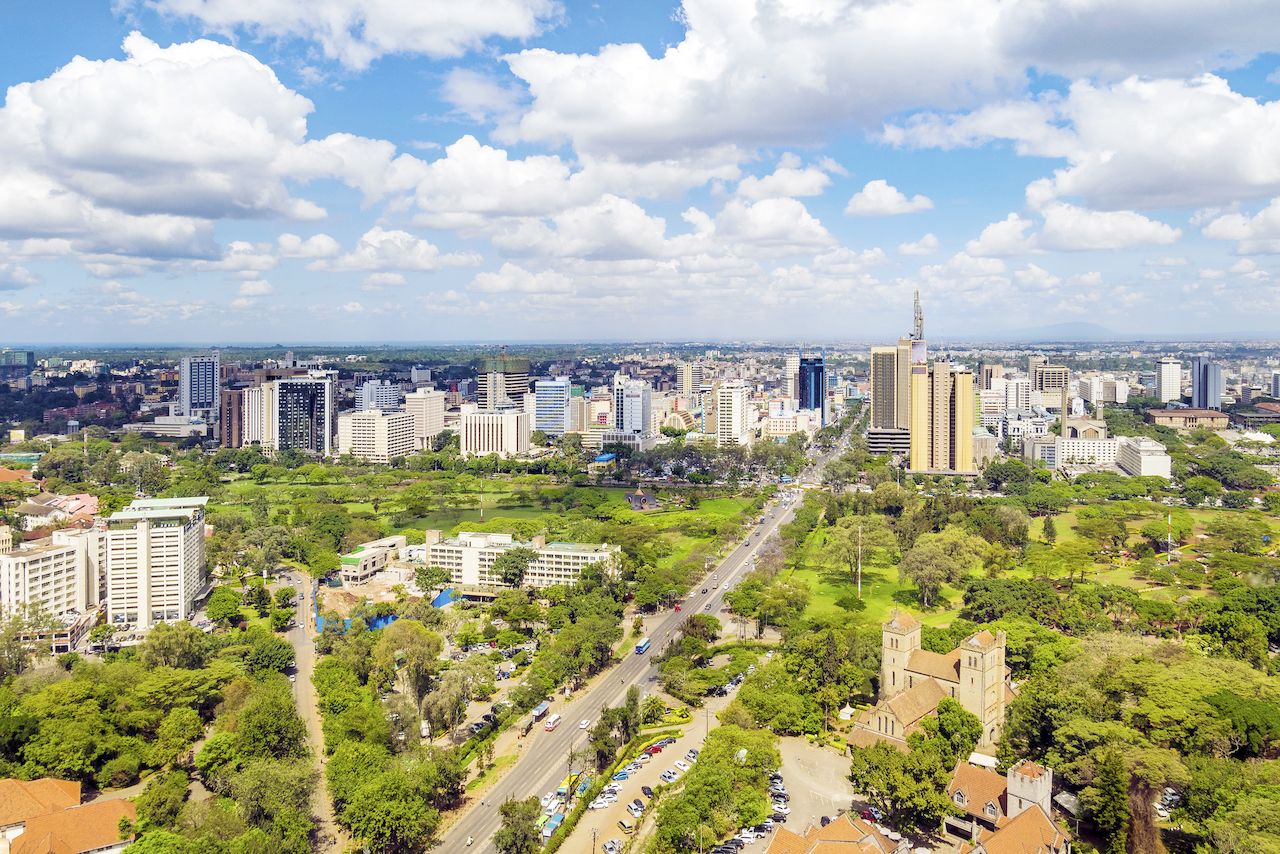 Between the historic launch of the first direct flight from the US to East Africa earlier this year and Nairobi’s growing popularity as a digital nomad hub, Kenya’s capital is more enticing than ever. It’s gaining traction for its food and nightlife offerings, including a craft beer movement that’s taking the city by storm, as well as an emerging arts scene. Nairobi even has its very own game reserve in Nairobi National Park, so there’s no reason to skip the city if you had your heart set on a Kenyan safari. 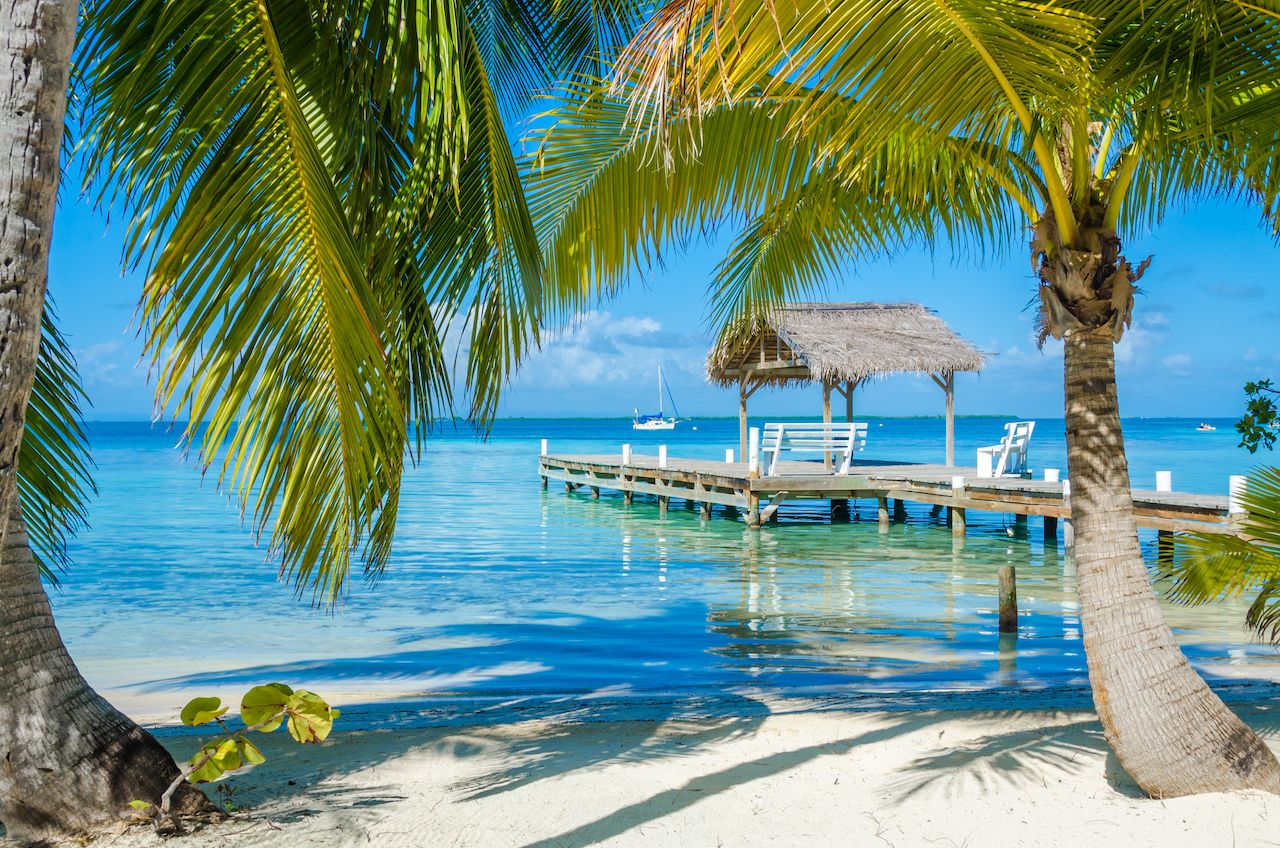 2018 was a big year for the Belize Barrier Reef. One of the largest coral reef systems in the Northern Hemisphere and a UNESCO World Heritage site since 1996, the reef narrowly avoided its 10th anniversary on the endangered list this year. Conservation efforts have quelled the immediate threats of offshore drilling and development on Belize’s mangrove forests and marine species, renewing its appeal among scuba divers, snorkelers, and eco-conscious travelers alike. On land, visitors can also trek through jungles, explore ancient Mayan ruins, and savor some of the freshest fruit and seafood they’ll ever try. 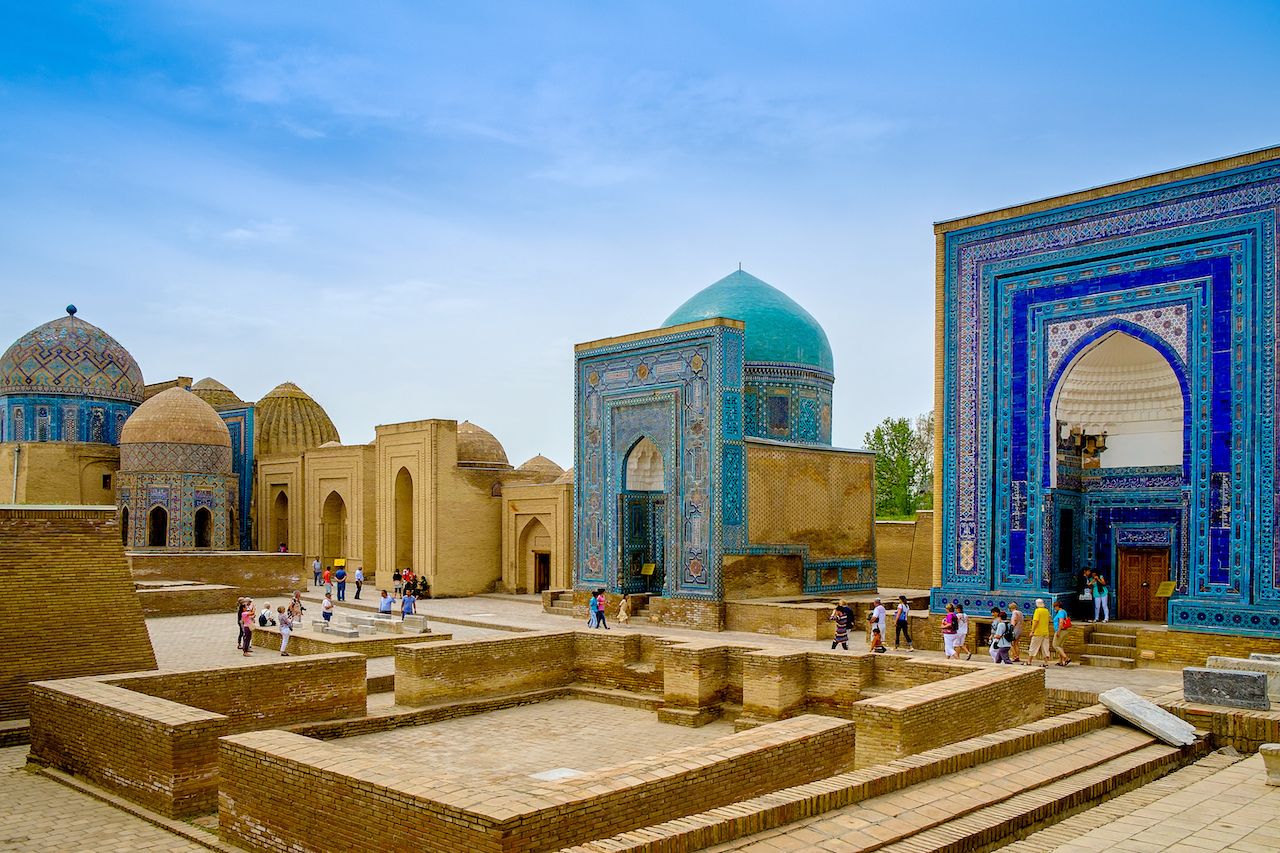 Central Asia is among the most unexpected regions to catch the eye of travelers this year, and Uzbekistan proved the best place to get your feet wet. Ancient cities with Silk Road roots make a belt across the country, creating an obvious itinerary filled with architectural sites you don’t have to claw your way through crowds to see up close. Elsewhere, mountain landscapes provide backdrops for river rafting, horseback riding, trekking, and more. Equal parts historic and naturally blessed, Uzbekistan is packed with sights that made it a rising star in 2018 that we’re falling a little more in love with every day. 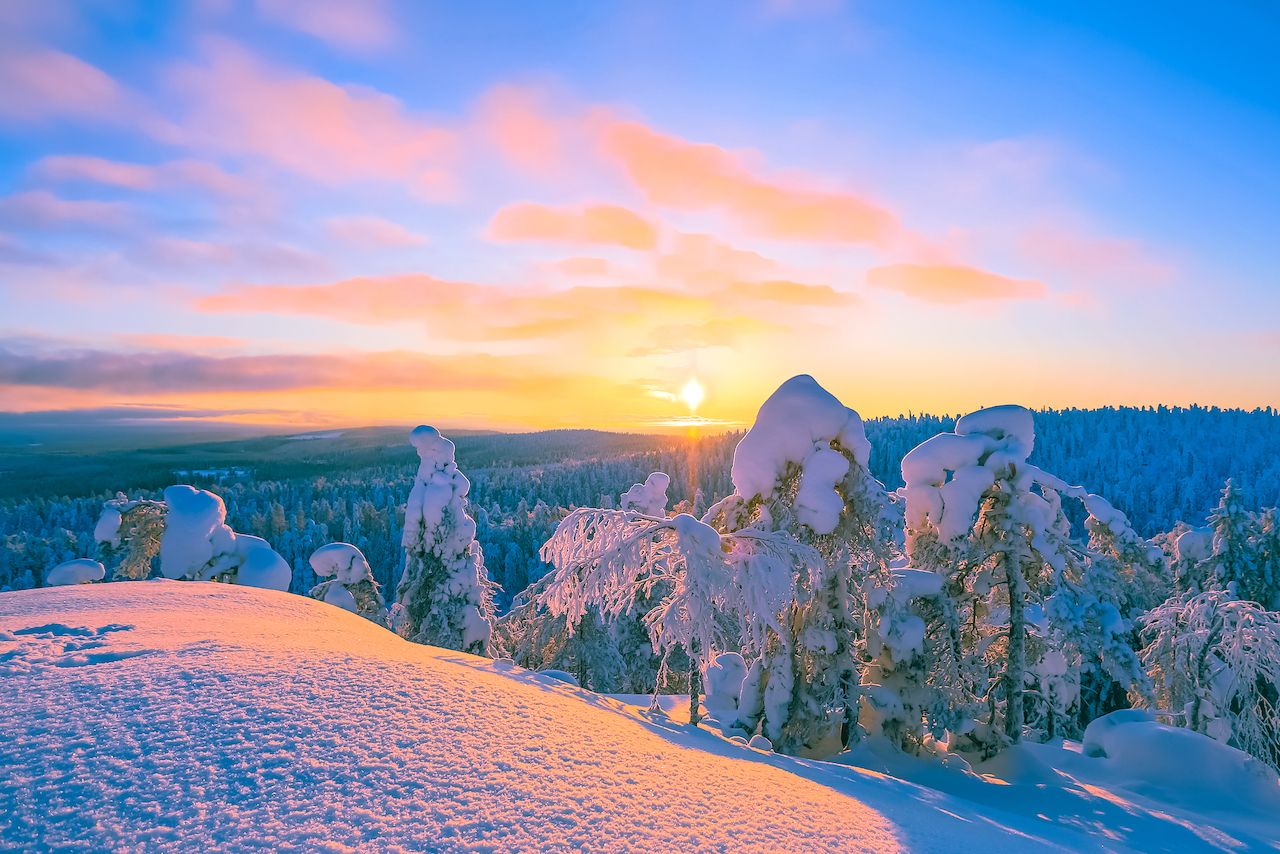 This far north region of Finland usually gets some buzz come Christmas as its capital, Rovaniemi, doubles as Santa Claus’ official residence. But winter in Lapland also ushers in the northern lights, from November to April, and snowy pastimes like skiing and reindeer sledding through the Arctic wilderness.

In summer, the temperature hovers around 60 degrees Fahrenheit, plenty warm for hiking and camping around national parks like Pallas-Yllästunturi, Pyhä-Luosto, and Lemmenjoki, whose namesake river runs through the homeland of the indigenous Sámi people. To learn more, be sure to visit the Sámi Museum and Northern Lapland Nature Centre in Siida. Summer also makes for the perfect time to take a road trip under the midnight sun around the entire Nordic region. 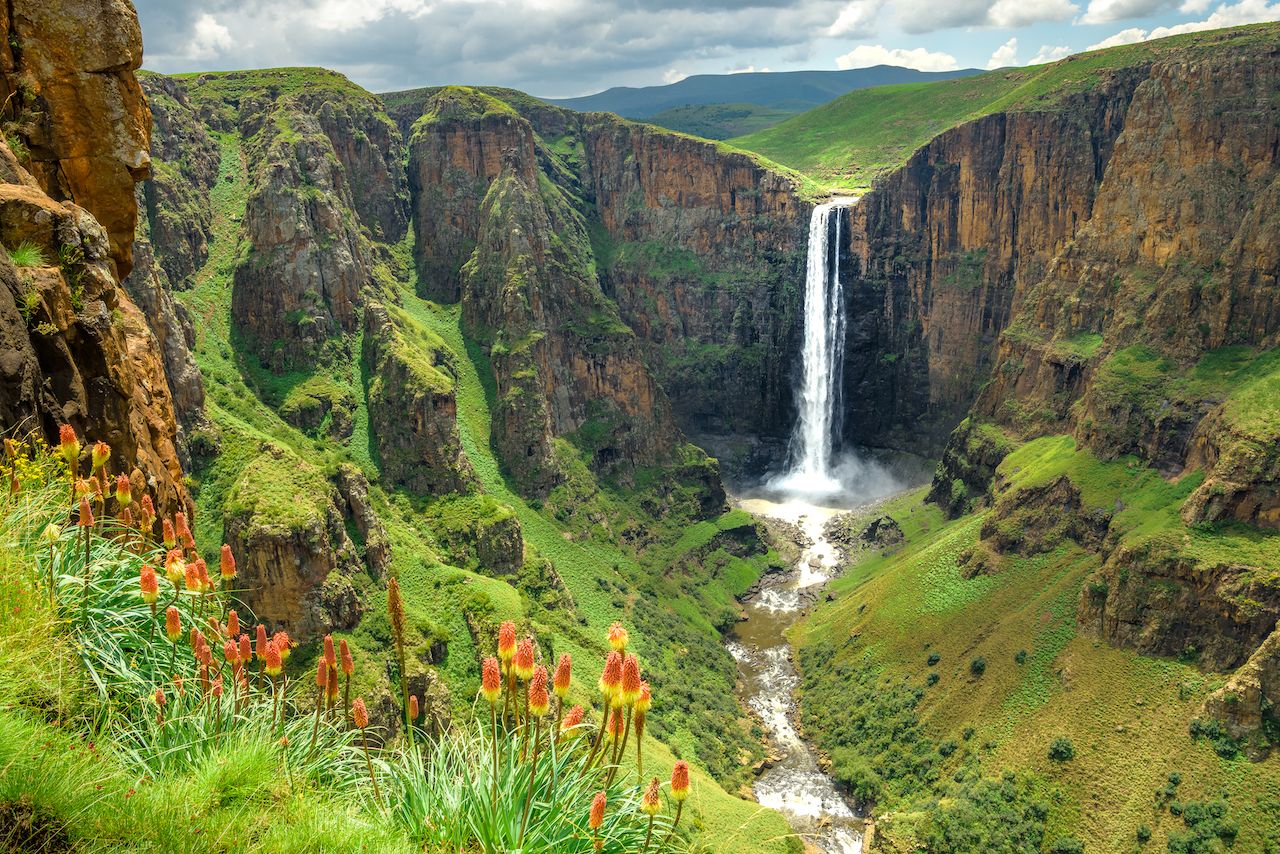 A small, landlocked nation encompassed by South Africa, Lesotho is proof that big things come in small packages. For starters, it’s home to both the highest abseil in the world at 676 feet and the highest pub in Africa, which overlooks the Sani Pass from 9,429 feet above sea level. It’s also one of the only places on the continent that gets enough fresh powder to have a ski resort. Even when Lesotho isn’t breaking records, it’s still an incredible spot for outdoor adventurers, offering everything from hiking and kayaking to horseback riding and off-roading, and even fishing. 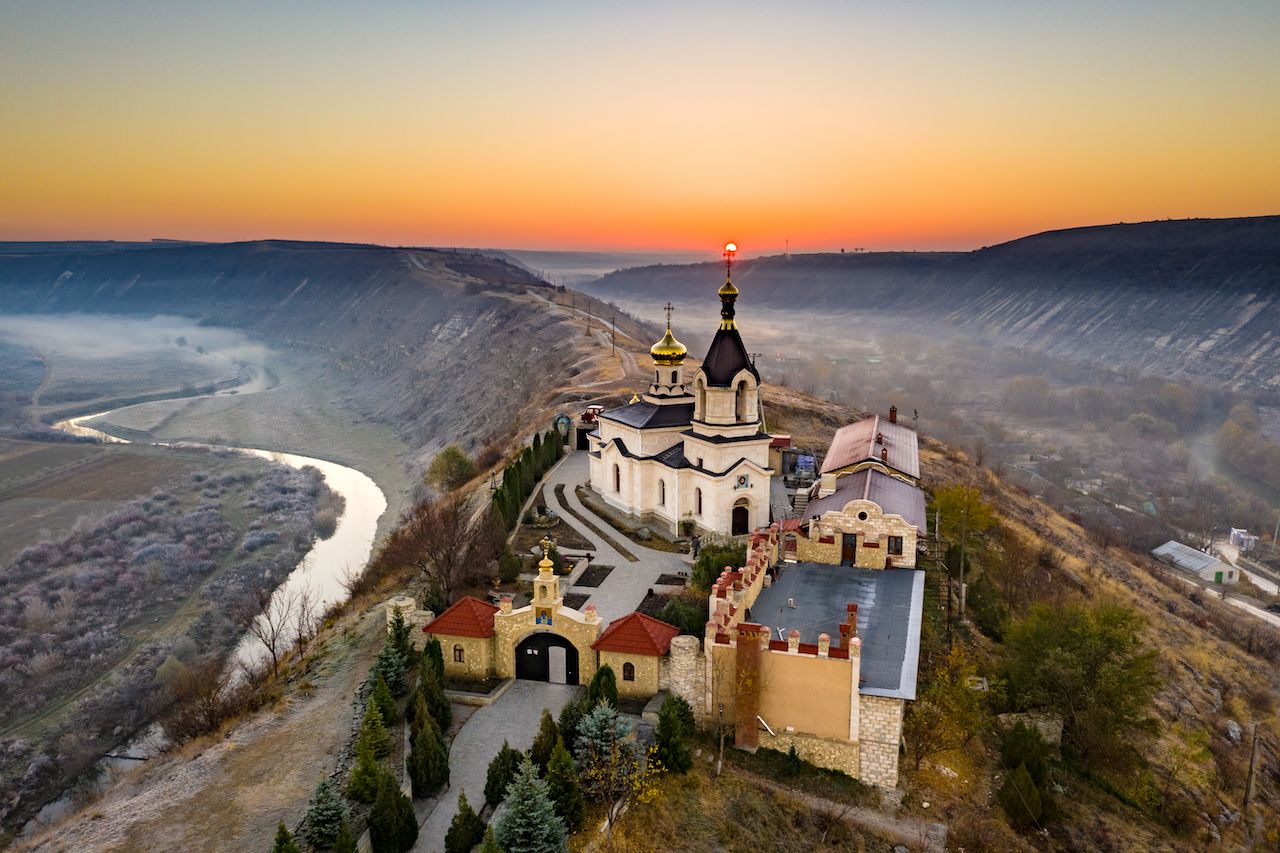 At best, Moldova is a big fat question mark for travelers; at worst, it’s a misunderstood country people avoid in fear of winding up someplace dangerous, boring, unfriendly, or just plain miserable. But with 2019 on the horizon, it’s time to forget those stereotypes and acknowledge what makes Moldova an unexpected must-see, starting with its ancient winemaking tradition.

Head out into the countryside and you’ll see hectares upon hectares of vineyards, many of which host wineries that put on amazingly affordable tastings given the quality of the wine. Moldova is also filled with a number of monasteries worth visiting. For the best of both worlds, move between the Cricova wine cellars and Orheiul Vechi archaeological site, stopping by the 14th-century monastery that’s run by Orthodox monks to this day. 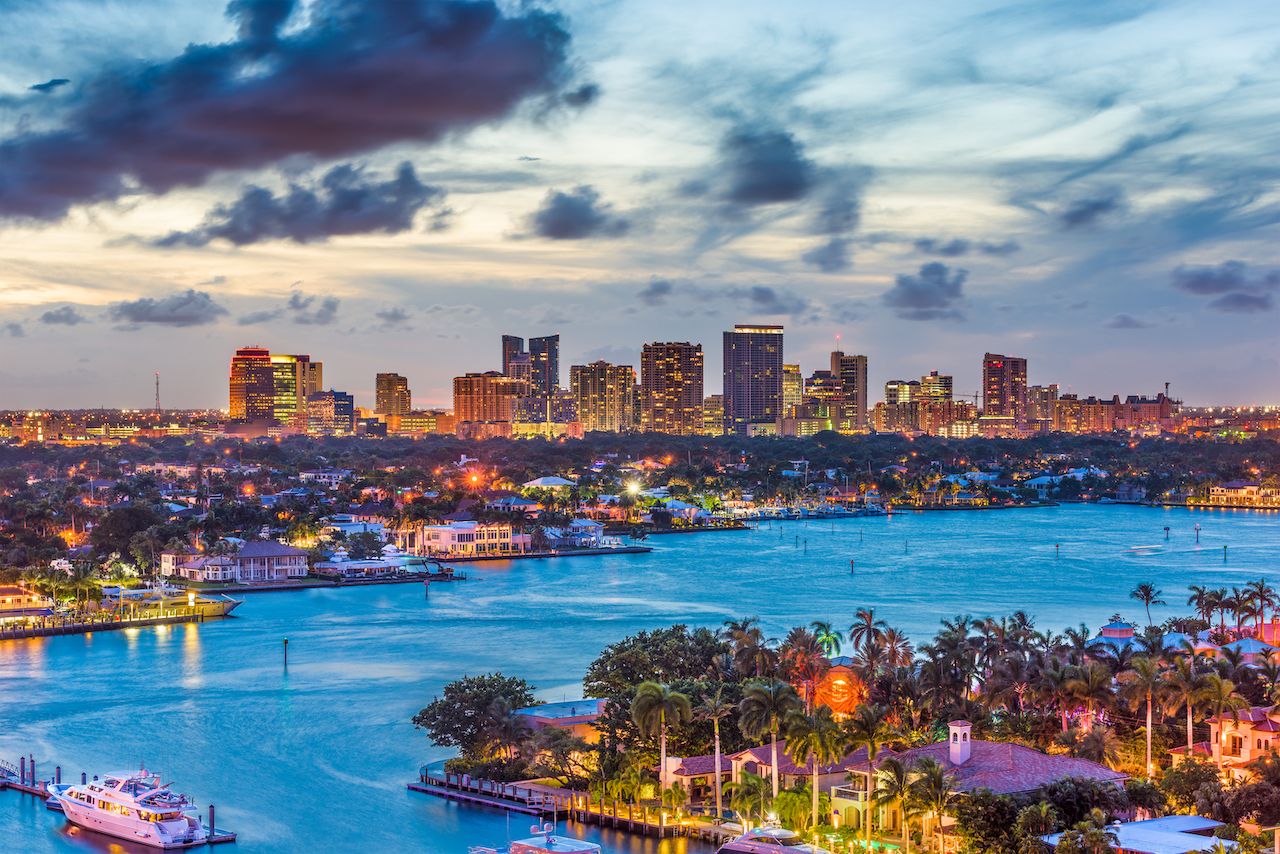 Florida was hit hard by Hurricane Irma last year, meaning travel to the Sunshine State dropped off considerably. One of the best surprises of 2018 was seeing just how much the Keys have recovered despite their slow-to-rebound tourist stats, which ended up being a boon for those who did visit and had the beaches and resorts all to themselves.

Back on the mainland, Fort Lauderdale came into its own as a South Florida metropolis that isn’t Miami this year, granted that was more a matter of rebranding than rebuilding. Be sure to put both cities on your itinerary next time you’re in town alongside the Florida National Scenic Trail, a 1,300-mile trail network that traverses the Floridian wilderness and a seriously underrated trek that we adored in 2018. 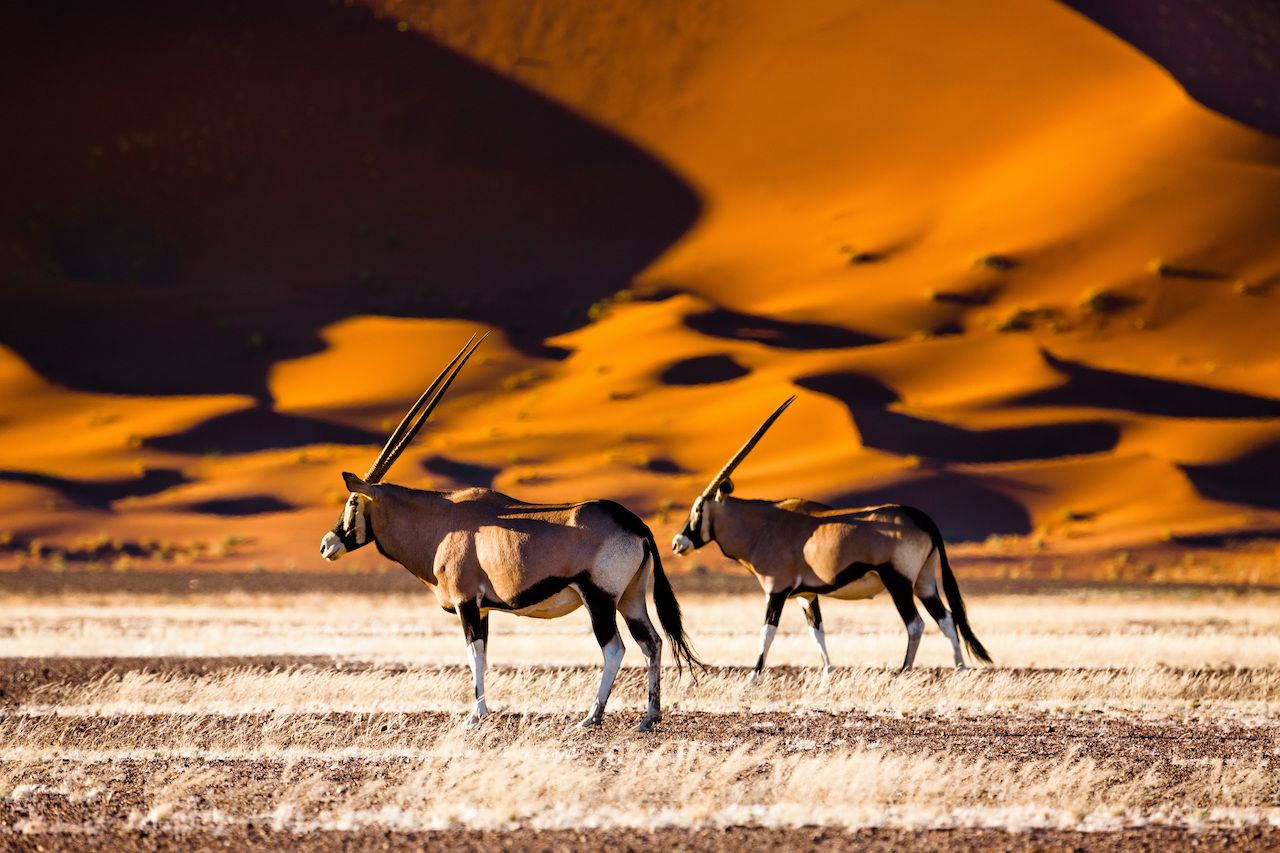 Mountainous sand dunes, Big Five safaris, and a dramatic coastline are some of what make Namibia possibly the most underrated outdoors destination in Africa. Its top attractions come with some pretty special distinctions: the Namib desert is not only the oldest in the world, tracing back 50 to 80 million years, but also home to the tallest sand dune on the planet; Etosha National Park has the rare honor of hosting all five big game safari animals; and the Skeleton Coast near the Angola border might be the only place on Earth you’ll find both a massive seal colony and the rusty hulls of countless bygone shipwrecks. 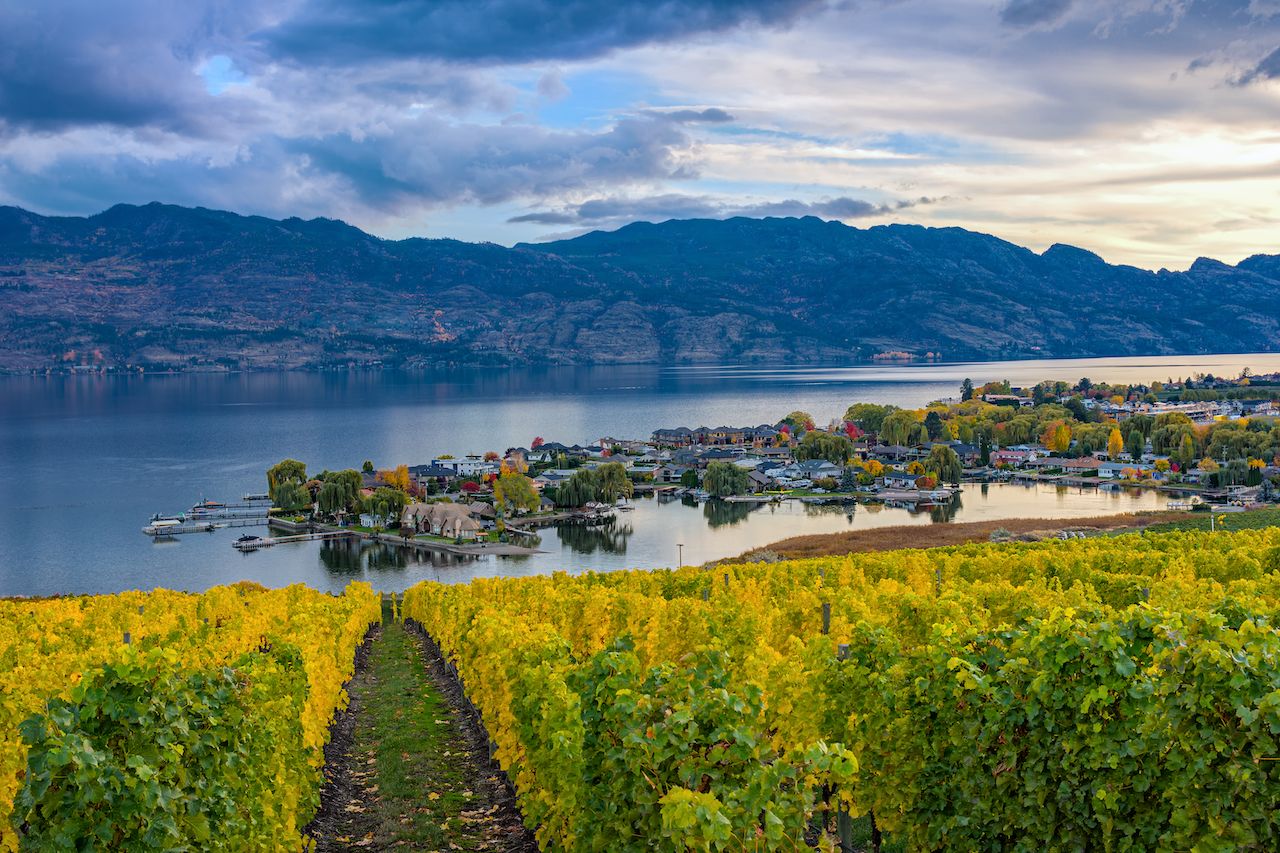 Canadian wine may not have the street cred of Napa or Bordeaux vintages, but this wine region in southern British Columbia has seen a serious influx of tourists over the past couple of years. Mission Hill and Quails’ Gate are two visitor-favorite wineries, particularly for red lovers, though there’s no shortage of places to book tastings. From its 100-plus vineyards, farm-to-table fare, and luxury accomodations to its mountain trails, ski resorts, and water-sports-heavy beaches, Okanagan Valley was the place to be in 2018 if you like pairing the (surprisingly affordable) finer things in life with nature’s bounty. 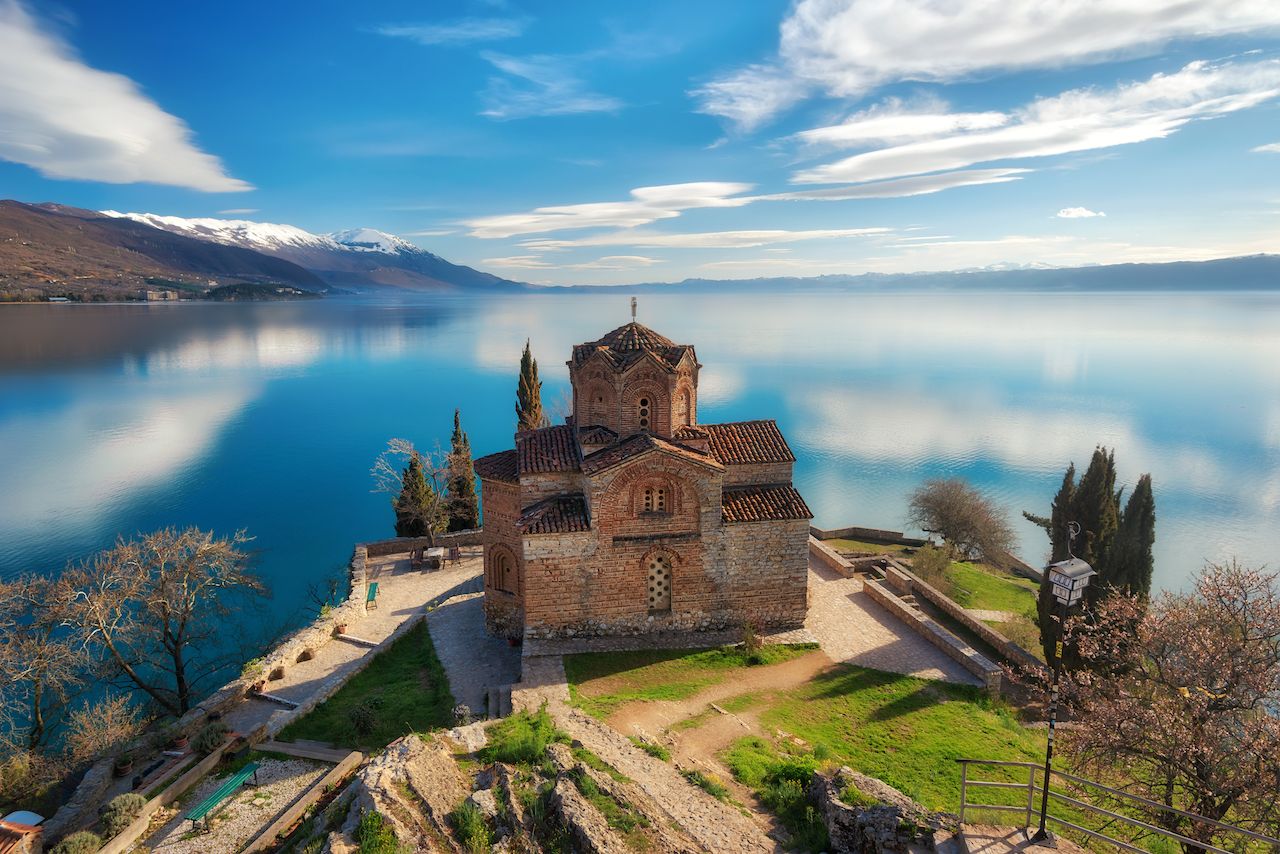 There’s no place quite like Skopje, the Macedonian capital, whose wackiest claim to fame is a massive collection of strange statues posed all around the city starting in 2014. A curious mix of architecture is the backdrop for the city’s modern monuments, incorporating everything from concrete slabs of Brutalist office buildings to Ottoman heritage sites found in the historic center’s Old Bazaar.

Cultural and quirky, Skopje definitely merits a visit, but where Macedonia really impresses is its outdoor opportunities. Visitors can hike or cycle along the coast, scuba dive off the Gradiste Peninsula, paraglide over Lake Ohrid, ski down the Šar Mountains, and much more. If you missed Macedonia in 2018, take our word for it and add the Balkan beauty to your travel to-do list for next year.

Budget TravelThe 12 Best Budget Destinations of 2019
Tagged
Insider Guides
What did you think of this story?
Meh
Good
Awesome